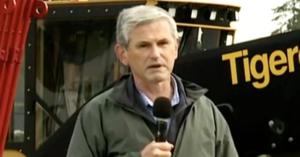 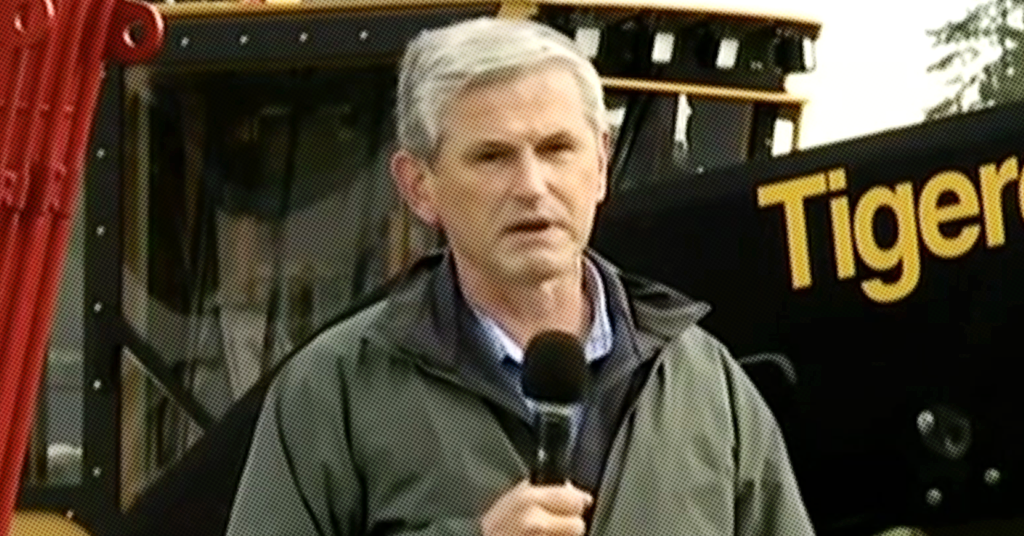 A big business anti-union lobby group is helping construction companies promote Andrew Wilkinson’s BC Liberals in workplaces across the province.

The Independent Contractors and Businesses Association, an anti-union lobby group that is affiliated with Merit Contractors, has launched something called the “Construction Votes” campaign.

Among the election materials distributed to ICBA’s member companies are flyers, form letters, blank internal bulletins and posters encouraging workers to vote for the anti-labour BC Liberals.

One flyer ICBA is distributing to its member companies is titled “why this election matters to you” and is described as a “1-pager” that is “designed for ICBA members to share within their teams.”

“Don’t sit this election out,” the flyer states. “Take this time to learn the issues.” 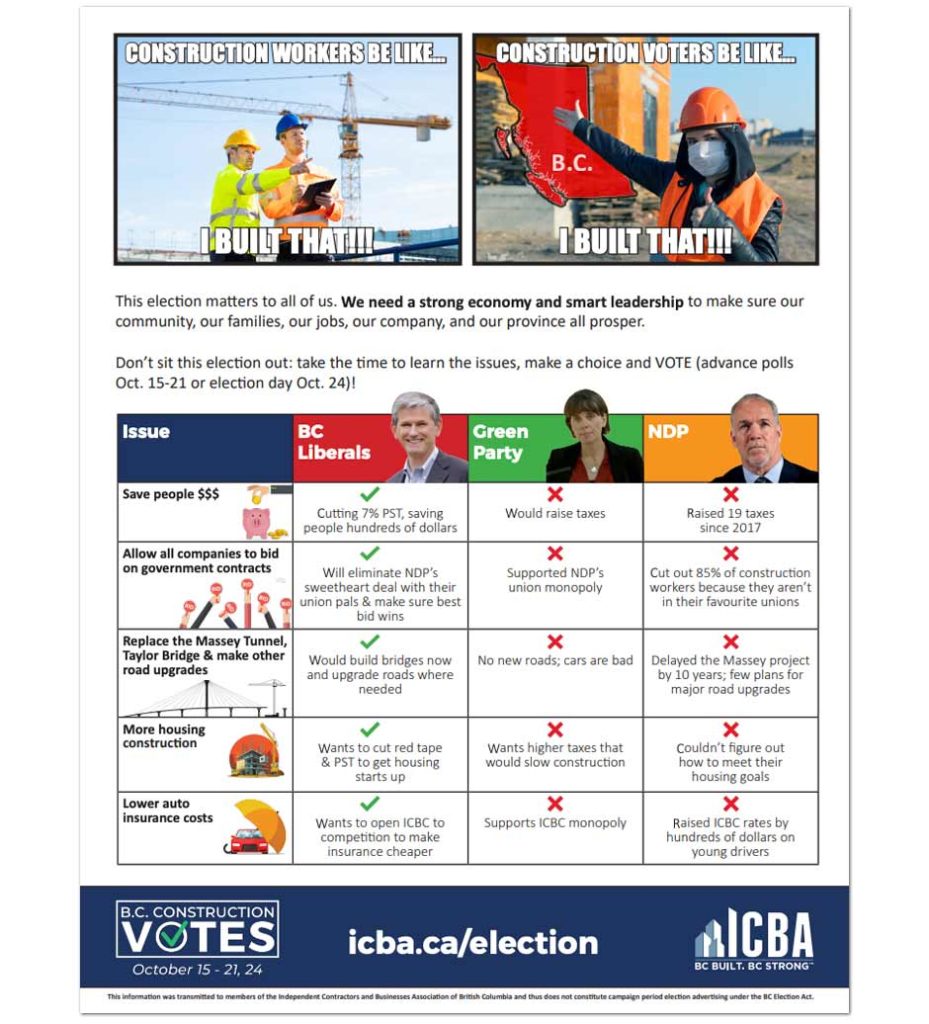 Another poster targeted at “young voters” is “designed for ICBA members with under-35-year-olds on their teams.”

The poster offers a list of criticisms of the BC NDP while simultaneously promoting the benefits of the BC Liberals.

Both posters features a legal disclaimer in small print, which states:

“This information was transmitted to members of the Independent Contractors and Businesses Association of British Columbia and thus does not constitute campaign period election advertising under the BC Election Act.”

ICBA is also making available a draft company memo employers can send to their workers claiming that the BC NDP’s policies are “bad news for all of us” while explicitly encouraging their employees to vote for the BC Liberals.

The “company-wide memo,” which was “drafted and sent by an ICBA member,” purports to explain the impact of BC NDP policies on “open shop companies,” and is made available as a “PDF version or editable word doc.”

The draft memo even goes so far as to claim that the “continuation of life as we know it” hinges on the outcome of BC’s provincial election:

“On election day, understand that a vote for the BC Liberals is a vote for the end of the CBA program, and for continuation of life as we know it at our company.”

ICBA did not respond to requests for comment from PressProgress.

Elections BC records show ICBA were among the BC Liberals’ top corporate donors prior to the province banning big money after the 2017 election.

ICBA BC is not currently registered as a third-party advertiser.