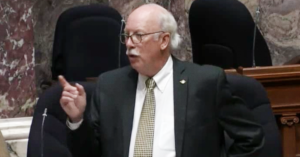 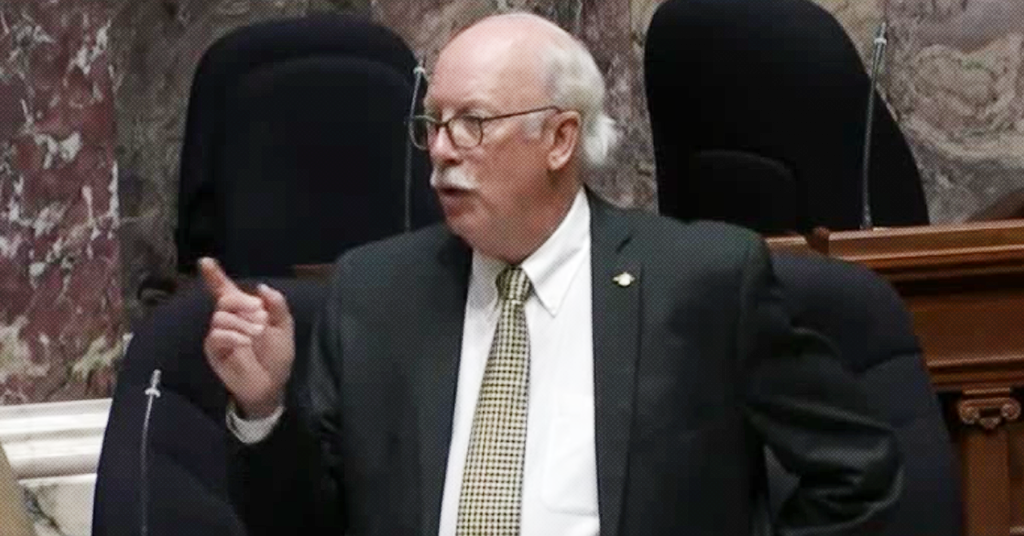 Speaking out against child labour legislation in the BC Legislature on Monday, the BC Liberal MLA for Delta South singled out the South Asian community while drawing a link between unemployed 12-year-olds and street crime.

“Think of the things that kids are getting into nowadays who aren’t getting their first jobs,” Paton told the Legislature.

“Look at the gangs we have in this province,” he said. “They get mixed up with some kids that are maybe into the bad end of town.”

Child labour laws are “making it tough” for British Columbians, “especially for the South Asian community,” Paton said, adding they “know it’s important to keep their kids out of the bad end of town, keep their kids out of gangs and whatnot, to give them the opportunity to work and get a job even at age 12, 13, 14, and 15.”

Paton began his speech railing against child labour laws by complaining that too many kids nowadays are “sitting around on a Friday night” and getting “mixed up” with kids from the “bad end of town.”

Unemployed 12-year-olds with too much free-time on their hands, Paton suggested, could “get into a bad way” — possibly even robbing a “local convenience store” all because they lack “a job at a young age.”

“Think of the things that kids are getting into nowadays who aren’t getting their first jobs. Look at the gangs we have in this province. Look at the social issues we have with kids that are sitting around on a Friday night and a Saturday night that have never even contemplated getting a job. What do they do? They get mixed up with some kids that are maybe into the bad end of town. ‘Let’s go do this. Maybe we’ll do a B&E at a local convenience store or something.’ This is where kids get into a bad way by not getting into the fact that they have a job at a young age.”

Paton remembered the golden days when children would come home from school and “get the cattle ready for milking time.”

These “good farm kids,” the BC Liberal MLA said, are the ones who “made this country great.”

“That’s what good farm kids do. They put down their books. They changed their clothes. They went to the barn, and they started getting the cattle ready for milking time. The kids started doing chores. I thought: ‘Wow, that’s what made this country great.’ That’s what we need to do to keep this country great, giving young people an opportunity to work on the farms.”

“Quit making new rules. Quit making it tough for everybody in agriculture, especially for the South Asian community. This is something that I cannot believe, that the minister would not stand behind this amendment with the South Asian community that know it’s important to keep their kids out of the bad end of town, keep their kids out of gangs and whatnot, to give them the opportunity to work and get a job even at age 12, 13, 14, and 15.

Without apologizing, Paton suggested his comments were a “misunderstanding,” explaining “families of all ethnicities have kids who work on farms.”

“It was my intention to portray that all youth of any ethnicity or in any municipality in BC. need to keep busy with the opportunity to work.”

The comments were made in support of a BC Liberal amendment asking for the province’s proposed new child labour regulations to be relaxed.

The amendment would expand the jobs kids as young as 12 can work without permission from the Employment Standards Office. The entire BC Liberal caucus voted in favour of the amendment.

As PressProgress  previously reported, under lax child labour laws introduced by the old BC Liberal government in 2004 kids as young as 12 were forced to claim a total $5.2 million in injury payouts.

The BC government introduced tougher child labour regulations as part of a package of other labour reforms which included increasing the minimum age a child can legally work regular jobs from 12 to 16, and restricting types of dangerous work 16 to 18-year-olds can perform.

Despite Paton’s heated criticism, 14 and 15-year-olds would still be allowed to undertake non-hazardous light work, such as delivering newspapers, stocking shelves and working on family farms.