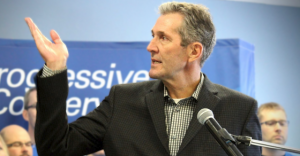 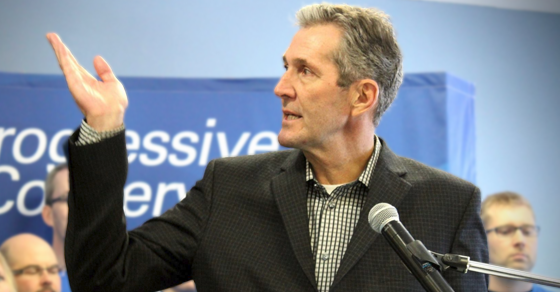 PC leader Brian Pallister says that if he's elected Premier of Manitoba, he'll work to undermine the ability of workers to unionize.

PC leader Brian Pallister says that if he’s elected Premier of Manitoba, he’ll work to undermine the ability of workers to unionize.

Speaking to reporters before the weekend, Pallister said he would force mandatory secret ballots on workers seeking to unionize – something that would open workers up to intimidation tactics by employers and seriously undermine their ability to unionize.

“In terms of the labour laws, there’s one key change that I think we need to make,” Pallister said.

“We’re going to restore their right to a secret ballot.”

Pallister’s promise not only means a majority of workers need to sign union cards, but it also shifts the balance against workers looking to certify by buying time for employers to intimidate workers or even threaten their jobs by forcing an additional vote.

And although Pallister claims workers “want the right to a secret ballot” and is supposedly more democratic, workers say otherwise.

The Manitoba Federation of Labour says Pallister’s campaign promise is effectively about “forcing workers to vote a second time.”

“If two-thirds of your workforce want to (join a union), why should an employer get time to intimidate them or give them wrong information or threaten their jobs or fire them?” MFL president Kevin Rebeck told the Winnipeg Free Press.

The Manitoba Building Trades says Pallister’s talk of “forced unionization” is really about pushing to give non-unionized contractors, like Merit Manitoba, an advantage in bidding on the province’s public and private construction projects.

Four former Manitoba labour ministers responded to Pallister’s comments saying it shows he “will try to turn Manitoba into a low-wage, right-to-work province”:

“Attacking how unions are organized, including union dues, is an opening assault on a basic concept of workplace fairness, upheld by the Supreme Court of Canada for 70 years, where everyone pitches in because everyone benefits. Not only that — he is attacking the Canadian Charter of Rights, which promotes the freedom to associate and which was upheld in the Supreme Court of Canada specifically as the right to join unions.

We’ve been down this road before. Pallister was a senior minister in the Filmon government that systematically rolled back the rights of workers and unions.”

Even the right-wing Fraser Institute – which promotes American-style right-to-work laws – points out “workers are less likely to choose unions when … decisions are made through secret ballot voting.”

Never a good sign when Pallister is on-side with Hudak and the Fraser Institute when it comes to labour laws.