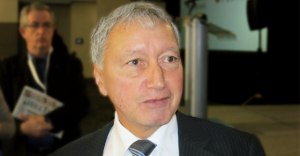 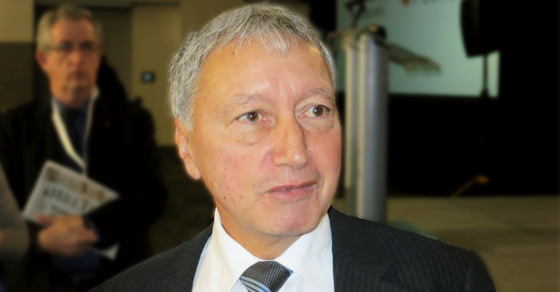 "Yeah, it's exactly like laws that existed that outlawed homosexuality ... when I was a kid there was racial segregation in North America."

Is pushing for the privatization of Canada’s health care system comparable to the fight for gay rights?

How about ending “racial segregation”?

According to the right-wing doctor who just launched a constitutional challenge against Canada’s health care system, the situation doctors who wish to turn a profit off their patients face in Canada today is not so different from the historic struggle faced by gays and African Americans.

During an interview on CBC Radio’s The Current this week, Dr. Brian Day told host Anna Maria Tremonti that a law prohibiting Canadian doctors from operating a for-profit private clinic is “exactly like laws that existed that outlawed homosexuality” and “outlawed same-sex marriage.”

Day also compared his constitutional challenge to the struggle to end “racial segregation in North America”:

Asked by Tremonti to explain why he’s “fighting for a private clinic,” Day responded:

“Yeah, it’s exactly like laws that existed that outlawed homosexuality, outlawed same sex marriage, outlawed safe injection sites, outlawed assisted suicide. And when I was a kid it was illegal to commit suicide. And I mean, when I was a kid there was racial segregation in North America. These were all within the law, but those laws were all struck down after constitutional challenges or the judiciary made the changes.”

Day previously told the National Post he views what he’s doing as similar to Mohammad Ali’s role in the civil rights movement, comparing the Canadian health care system to the segregated seating plans on American buses:

“When I was a kid, I was a boxer, I listened to Ali beat Sonny Liston … and he was not allowed to go on certain buses … These are all injustices and someone had to stand there and argue and fight for those laws to be overturned.”

However, as Ricochet recently noted: unlike Ali and other heroes of the Civil Rights movement, Day’s push for privatized health care would make life disproportionately worse for racialized and Indigenous patients.

That may not bother Day as he also recently told the National Post that he believes poor people do not deserve “the same level of services” as a “wealthy person”:

In another column in the National Post, Day compared Canada’s health care system to a totalitarian state – North Korea.

If successful, Day’s constitutional challenge, supported by legal team bankrolled by a right-wing advocacy group, would open the door to private, for-profit clinics operating alongside Canada’s public system of health care, a move that would result in a two-tiered system allowing wealthy Canadians to receive on-demand executive class care while weakening the public system and increasing wait-times for everyone else.

Day’s connections to right-wing Canadian think tanks include hosting a cocktail fundraiser for the Fraser Institute and speaking at a conference hosted by the Manning Centre.