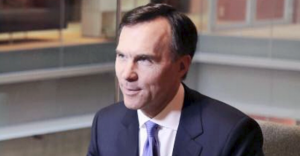 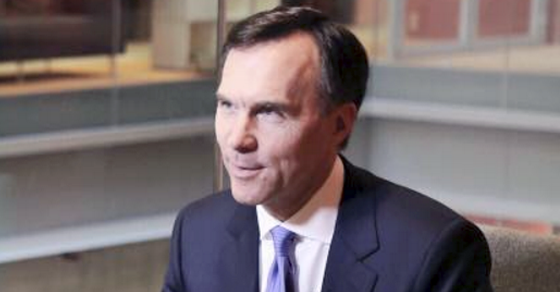 Are the Liberals preparing to attack pensions in a way Harper’s Conservatives wouldn’t dare?

Will the Trudeau Liberals try to go where even Harper’s Conservatives never dared?

Canada’s Finance Minister Bill Morneau quietly tabled a bill this week that would give Crown corporations and federal private-sector employers the power to unilaterally back out of their defined-benefit pension commitments.

For both working and retired employees, the changes could mean dramatic reductions to retirement benefits they’ve paid into, budgeted around and assumed would be available for many years.

The President of the Canadian Labour Congress is pulling no punches, calling Bill C-27 an “unconscionable betrayal” and an “attack on future and current retirees” – here’s how the CLC describes the impact of the new bill:

“Bill C-27 removes employers’ legal requirements to fund plan benefits, which means that benefits could be reduced going forward or even retroactively. Even people already retired could find their existing benefits affected, after paying in their entire working lives.”

Under Defined Benefit plans, employers are required to ensure recipients get a monthly payment regardless of their company’s investment returns. Already earned, or “accrued” benefits, are legally protected and can’t be clawed back later.

While DB plans are not as cheap to maintain as alternatives like Defined Contribution plans, they have the advantage of offering workers a greater security in retirement.

In a strongly-worded letter to Bill Morneau, CLC President Hassan Yussuff demanded the bill be withdrawn and accused the Liberals of introducing policies that were not contained in their platform:

“C-27 was introduced without notice or consultation with Canadians, pensioners, or unions and proposes measures that directly contradict election promises to improve retirement security for Canadians. If enacted, it will have negative implications for private and public-sector DB plans in every jurisdiction in Canada.”

The Liberal platform explicitly frames its polices on pensions using the language of “retirement security” – a “goal” C-27 would clearly work to undermine:

While the platform pledges to boost the CPP, it says nothing about a rollback of DBs.

In April 2014, the Harper Conservatives unveiled a plan to loosen rules around public sector pensions and encourage the proliferation of less stable Targeted Benefit plans.

The plan was dropped after facing strong opposition.

So are Trudeau’s Liberals really going to pick up where Harper’s Conservatives left off?