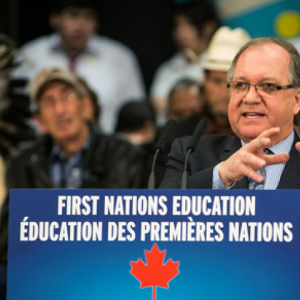 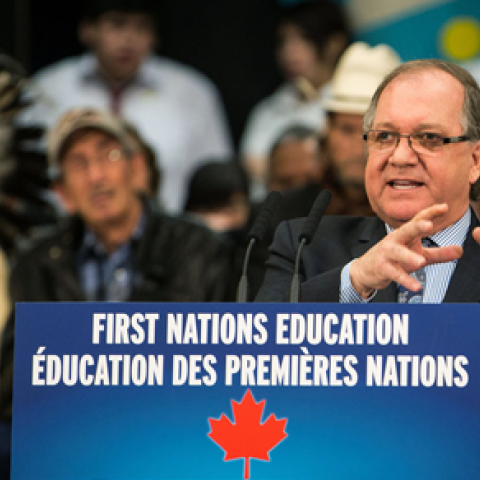 Are Conservatives race-baiting Facebook with this First Nations petition?

What kind of reaction did they expect? A recent posting on the Conservative Party of Canada’s Facebook page has managed to bring out the worst in their supporters by playing to the worst stereotypes about First Nations. Inspiring user comments like “they have too many rights” and “tear up all treaties,” the post asks people […]

What kind of reaction did they expect?

A recent posting on the Conservative Party of Canada’s Facebook page has managed to bring out the worst in their supporters by playing to the worst stereotypes about First Nations.

Inspiring user comments like “they have too many rights” and “tear up all treaties,” the post asks people to add their names to a petition by supporting “more transparency for First Nations governments”:

The post links to a message from Aboriginal Affairs and Northern Development Minister Bernard Valcourt, promoting the Conservatives’ controversial First Nations Transparency Act — which has been criticized by academics and the Assembly of First Nations alike as perpetuating “the myth of the crooked Indian” and as being part of a strategy aimed at “controlling and containing” First Nations communities.

Valcourt’s message to Conservative supporters claims they are “getting results” — pointing to revelations about the compensation of two First Nations chiefs as evidence. Valcourt adds:

“Our new law is helping deliver more effective, transparent and accountable governments. All chiefs and councils will now be responsible to their band members. First Nation communities will be stronger, more self-sufficient and more prosperous as a result.”

And although Valcourt leaves supporters with the impression that corruption ran rampant in First Nations communities managed by irresponsible chiefs and councils, a Toronto Star editorial this week points out that if the newly disclosed data proves anything, “it’s to correct an unfair public perception that most aboriginal leaders are highly overpaid.”

In fact, when the Star looked at the data, they discovered median compensation for chiefs was only $60,000, while many chiefs and band leaders either took no salary or very minimal compensation (less than $10,000).

But Valcourt’s petition offers no comment on the many inequality issues facing First Nations communities:

And what message did Conservative supporters take away from the petition?

You be the judge:

UPDATE: Since this post was published, the Conservatives have refused to reveal how many signatures their petition has garnered. APTN reports that, earlier this week, the government was forced to pull a photo initially used to promote the petition that featured Assembly of First Nations National Chief Perry Bellegarde.