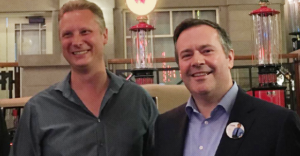 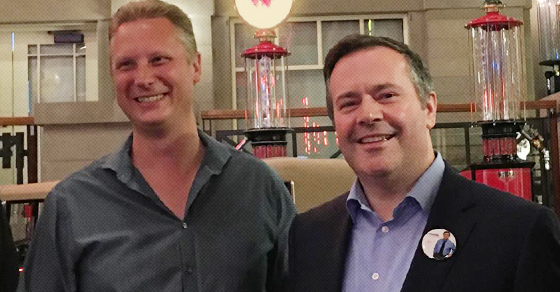 Mark Mantei, a UCP nomination candidate for Calgary–Shaw, downplayed the significance of the Crusades and claimed Muslims are the only group that engages in extremism and violence.

The UCP nomination candidate’s remarks were immediately denounced by Alberta’s Human Services Minister Irfan Sabir, who described Mantei as “another racist and Islamophobe” running to be a UCP candidate.

“When will Jason Kenney make it clear to potential flag bearers of his part that these views have no place in Alberta?” Sabir asked in a Facebook post Friday. 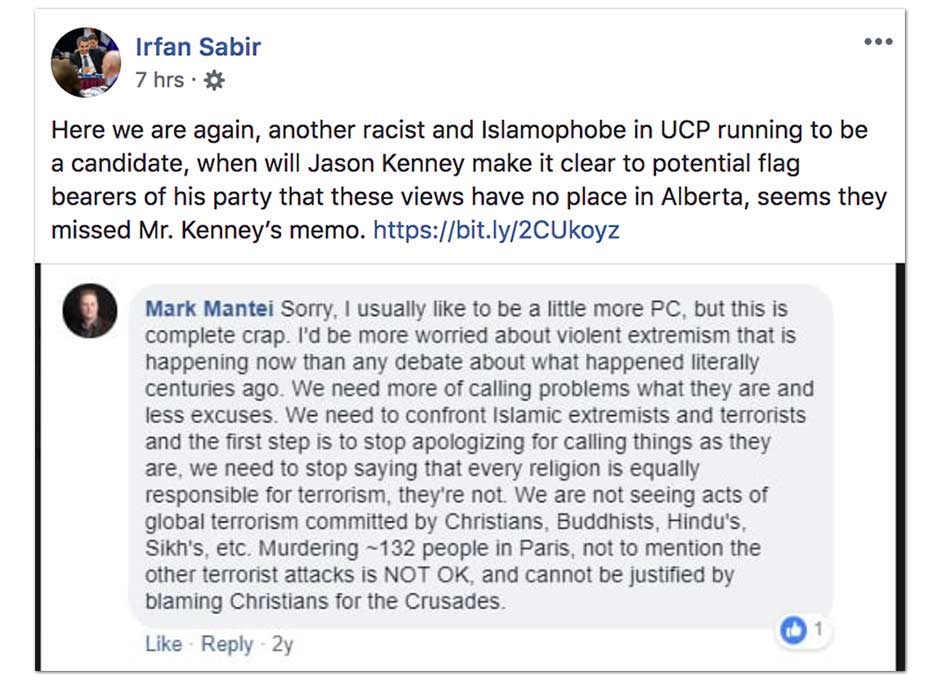 The comments were made two years ago, while Mantei was serving as president of the Wildrose Party’s Calgary–Shaw constituency association.

The UCP hopeful was reacting to a Facebook meme likening the Crusades to modern terrorism, suggesting Christianity also has a dark and violent history – Mantei interjected to call the meme “complete crap.”

“I’d be more worried about violent extremism that is happening now than any debate about what happened literally centuries ago,” the UCP hopeful said of the medieval religious wars that historians estimate killed 1.7 million people.

“We need to stop saying that every religion is equally responsible for terrorism, they’re not,” Mantei continued. “We are not seeing acts of global terrorism committed by Christians, Buddhists, Hindus, Sikhs, etc.”

“The first step is to stop apologizing for calling things as they are.”

Mantei’s rant reflects a line of far-right thinking that previously led Fox & Friends’ Brian Kilmeade to issue a public apology. While extremists claiming to represent each religion named by Mantei do have histories of violence, a 2018 terrorism report by Europol, the EU’s law enforcement agency, shows ethno-nationalist separatist groups were responsible for “most terror attacks” carried out in Europe in 2017.

Research shows religious extremists often have a “rudimentary and fragmented” understanding of their own religions. Even the Harper government privately agreed radicalization is typically a product of sociological and mental health issues. 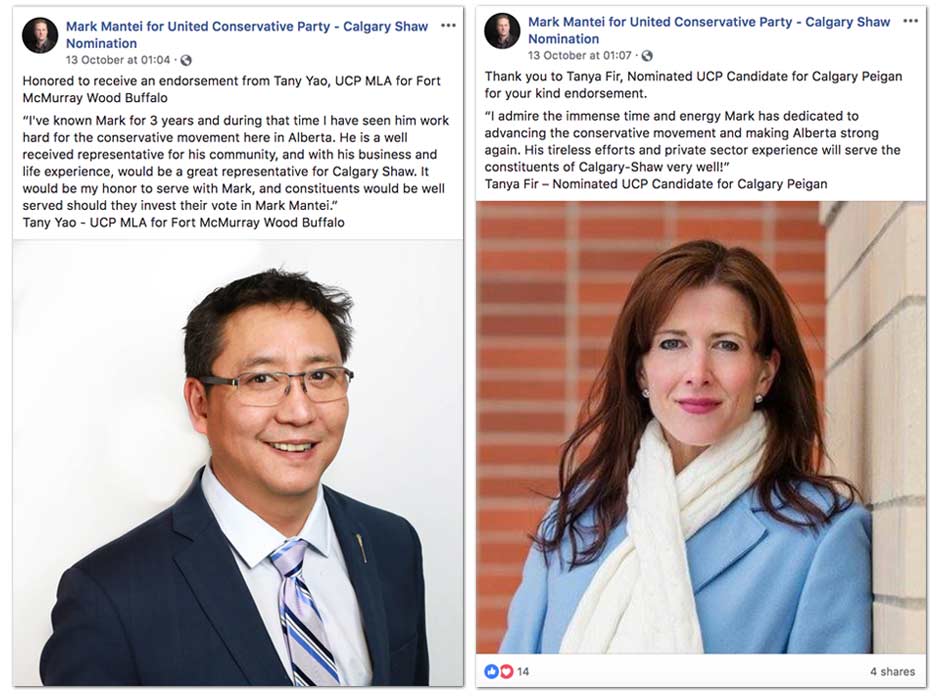 “Leader Jason Kenney has repeatedly pledged a rigorous pre-screening of prospective candidates to avoid the kind of ‘bozo eruptions’ that have derailed campaigns in the past,” Harrington said.

The newly surfaced comments, as well as others from Mantei’s social media history, may raise questions about who else slipped through the cracks?

Mantei did not respond to a request for comment from PressProgress.