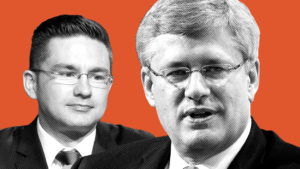 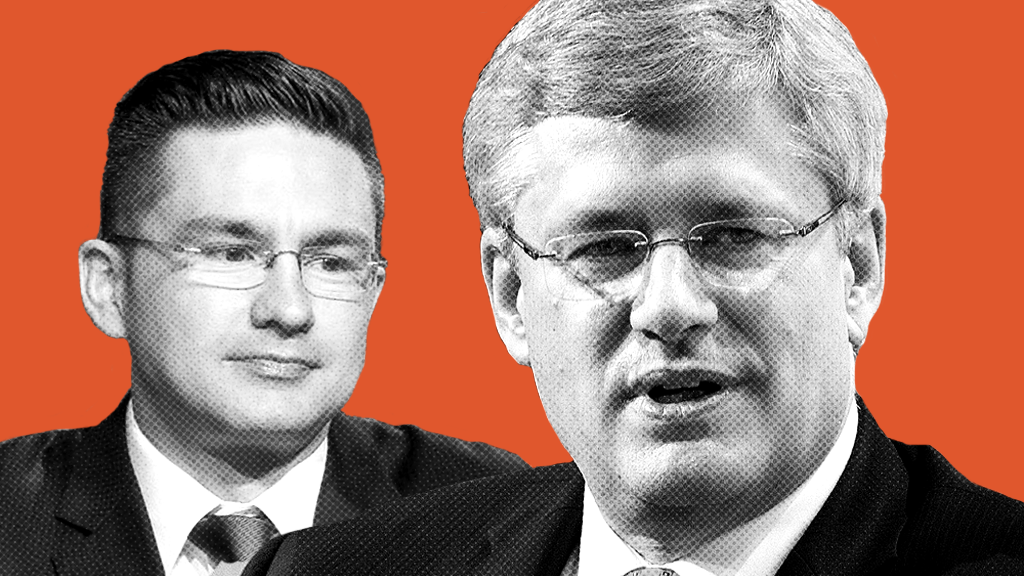 In the lead-up to the 2015 federal election, Harper’s Conservatives repeatedly worked to exploit fears on terrorism in their political and fundraising messaging – Harper himself directly referenced a pair of violent attacks in Ottawa and Québec in 2014 as justifications for the Conservatives’ controversial Bill C-51. Yet in the final weeks of the 2015 election, Harper’s National Security Advisor Richard Fadden summoned deputy ministers from several departments to the Privy Council Office to discuss “the future of the Anti-Terrorism Act (Bill C-51)” and plans for “countering radicalization.”

Fadden, a former director of the Canadian Security Intelligence Service, was tapped as Harper’s top advisor on national security after the 2014 Parliament Hill shooting.

Although Harper vowed not to “commit sociology,” a presentation drafted by Public Safety Canada shows his national security team explored ways federal partners could use social policy to collaborate on Canada’s counter-terrorism strategy.

A partially redacted backgrounder on the “demographics” of violent extremists qualifies that there is “no single profile” but observes age and gender appear to be two important traits – the slide also includes photos of four young men linked to high-profile terror cases.

Notably, the secret document also highlights one other common denominator: “mental health is often an issue.” One man whose photo appears in the October 2015 document is Parliament Hill gunman Michael Zehaf-Bibeau. Following an attack that left Cpl. Nathan Cirillo dead, reports emerged that Zehaf-Bibeau had a history of significant substance abuse issues while his own mother stated she believed “mental illness is at the centre of this tragedy.”

Two days earlier in Québec, a man named Martin Couture-Rouleau killed Warrant Officer Patrice Vincent in a hit-and-run at a Saint-Jean-sur-Richelieu mall parking lot. A coroner’s report later concluded the attack had more to do with mental illness than radicalization.

“The root cause of terrorism is terrorists.”

In fact, behind-the-scenes, bureaucrats were committing sociology and searching for the root causes of terrorism.

The presentation cites research produced by the Kanishka project, a $10 million research project launched by Stephen Harper in 2011 in order to “know as much as we can about terrorists.”

Another slide from the meeting suggests “social policy-oriented departments” can help stop radicalization by focusing on “strengthening social foundations before individuals and communities become at-risk.”

Canadians will find nary a peep about social policy or anything relating to mental health issues in the Harper government’s 2012 counter-terrorism strategy or either their 2013 and 2014 reports on “the terrorist threat to Canada.”

Yet the secret documents list several “examples of intervention programming around the world” that do exactly that, including programs in the United Kingdom, Germany, Sweden and Australia.

The UK’s counter-terrorism strategy, for example, identifies at-risk individuals and provides them with individualized “support plans” – including “support from health providers or social care services” for “substance misuse or mental health issues” for individuals vulnerable to extremism. In a statement to PressProgress, a spokesperson from Public Safety Canada qualifies there is “no single profile or common pathway” to violent extremism and suggests “multiple causes” can be present at different times and places, but notes “mental health-related factors may contribute to particular processes of radicalization to violence.”

Public Safety Canada also adds that “research on the link between mental health and radicalization to violence is on-going” and suggests “mentorship, counseling, child protection services, or access to mental health resources” can be appropriate ways to intervene “alongside law enforcement measures.”

Earlier this year, the Québec Association of Psychiatrists called for a new approach to dealing with the intersection of mental health and radicalization.