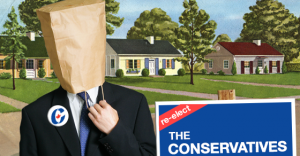 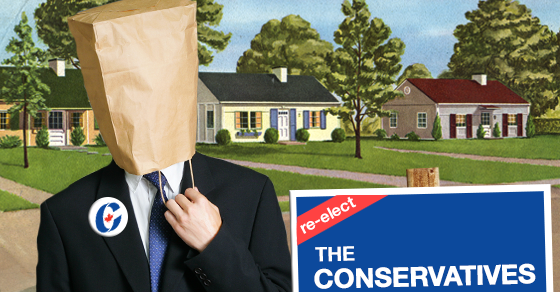 Don’t worry, Canada: Here are the 111 most embarrassing Conservative candidates this election

Is Harper really the problem? Or are these symptomatic of something deeper wrong with Conservatives?

Some have floated the idea Canada’s Conservatives would be better off without Harper.

A lot of candidates have found themselves making headlines this election for all the wrong reasons: from slips of the tongue to bouts of anger to paranoia about others all the way to weird stories about election signs.

Is Harper really the problem? Or are these symptomatic of something deeper with the Conservatives?

Here are 111 examples to consider. Make your own conclusions:

Deepak Obhrai yelled at everyone at an all-candidates meeting. He says he was just trying to get his point across.

Wiliam Moughrabi mused about punching people “in the face.”

Ryan Leef got into a physical altercation with a young woman who tampered with his election sign.

And Robert Strickland told a young person to “gain some experience in life” before talking to him about politics.

Joe Daniel warned us about the ‘Muslim agenda’.

And Larry Miller is worried about, um, Communist revolutions.

Konstantin Toubis has some very objectionable opinions on women’s sexuality, latent homosexuality and “being a man.”

Stephen Harper said an inquiry wasn’t “on his radar.” And he’d hate it if we “committ sociology” on the issue.

Bob Zimmer said “lack of a job” is to blame for MMIW.

Deepak Obhrai kept yelling that “we all know what happened.” 230 families would beg to differ.

And David Wilks thought it’s “people that murder people.” He doesn’t understand why gender is part of the MMIW discussion?

Being weird about election signs

And what is up with these four candidates?

And Marilyn Gladu said that although marijuana leads to “violence and death,” she also wants to decriminalize it.

Slips of the tongue

Ron Liepert doesn’t think civil liberties and freedoms are a part of the country we live in.

Blair Dale decided to explain rap lyrics on the internet.

And Andy Wang said the solution to youth unemployment is working for free.

Jerry Bance peed in a cup. It was not his own cup too.

Tim Dutaud filmed prank calls pretending to have a mental illness and having a bad reaction to Viagra.

Rick Dykstra was accused of partying with underaged girls at a nightclub, and a member of his team allegedly tried bribing them into silence; Dykstra denied the claim.

Augustin Ali Kitoko complimented the NDP. He was promptly dropped as a Conservative candidate.

Soheil Eid compared the NDP to the Nazis.

And Gilles Guibord doubled down, going sexist and racist at the same time.

Gordon Giesbrecht managed to draw a link between abortion and 9/11 plus the holocaust.

And these 86 Conservative candidates were endorsed by an anti-choice group for their support on various issues, ranging from pledges to support legislation against women’s reproductive rights to declaring there are no circumstances under which “a woman should have access to an abortion”: