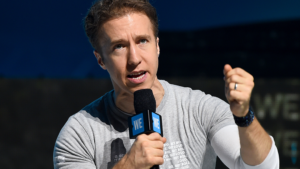 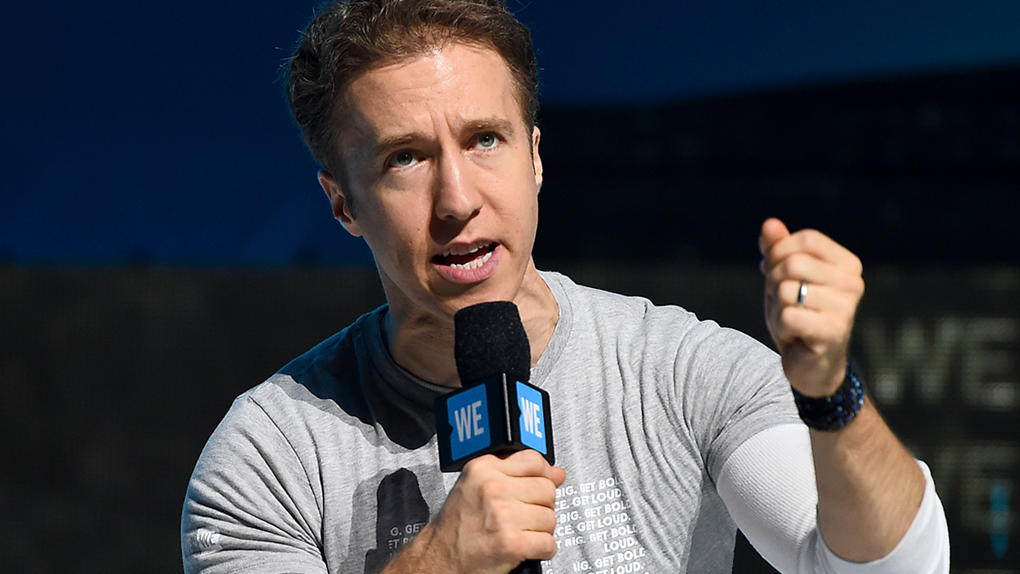 Canadians have been spotting social media ads this week sponsored by a group that calls itself “Friends of WE Charity,” referencing the organization founded by Craig Kielburger that was at the centre of a political scandal relating to the Trudeau government’s $900-million student grant program .

Friends of WE’s ads take aim at a new episode of the Fifth Estate that double-checks information Kielburger provided to a parliamentary committee. The Fifth Estate claims WE Charity misled donors by providing them with photos of the same schoolhouse and telling each their money fully funded the project.

👉 Watch Thursday at 9 p.m. on CBC-TV and CBC Gem. pic.twitter.com/3CEQbNQdAD

Multiple donors were sent photos of same schoolhouses WE Charity said each had fully funded. Story below; watch it tonight on @cbcfifth at 9 p.m. on CBC-TV & CBC Gem. https://t.co/TMvgeL07ji

WE Charity says the Fifth Estate’s reporting is “false” and insists its donors would have understood their donations were going to be “pooled with others.”

WE’s PR team goes further, claiming on Twitter they are the victim of a “pattern of CBC misrepresenting the facts” about WE Charity.

CBC posted an on-line article today which follows a pattern of inaccurate and incomplete information about WE Charity’s work in Kenya. This pattern of CBC misrepresenting the facts can be seen by watching this https://t.co/7kzfbUu23F

Friends of WE’s ads were launched before the episode first aired.

One sponsored tweet states that “CBC believes WE Charity donors, who include some of the biggest names in Canadian business and philanthropy, have been misled.” It says “they’re asking CBC to stop misrepresenting the facts.”

The sponsored tweet links to a website titled “CBC Fifth Estate WE charity response” which claims “the media has created tremendous damage and inaccurate reporting in the last year,” adding “for the most part it has died down, except for the CBC.”

“CBC is now alleging that WE Charity has misled donors around education programs in Kenya,” the website explains. “We believe the CBC is wrong.” 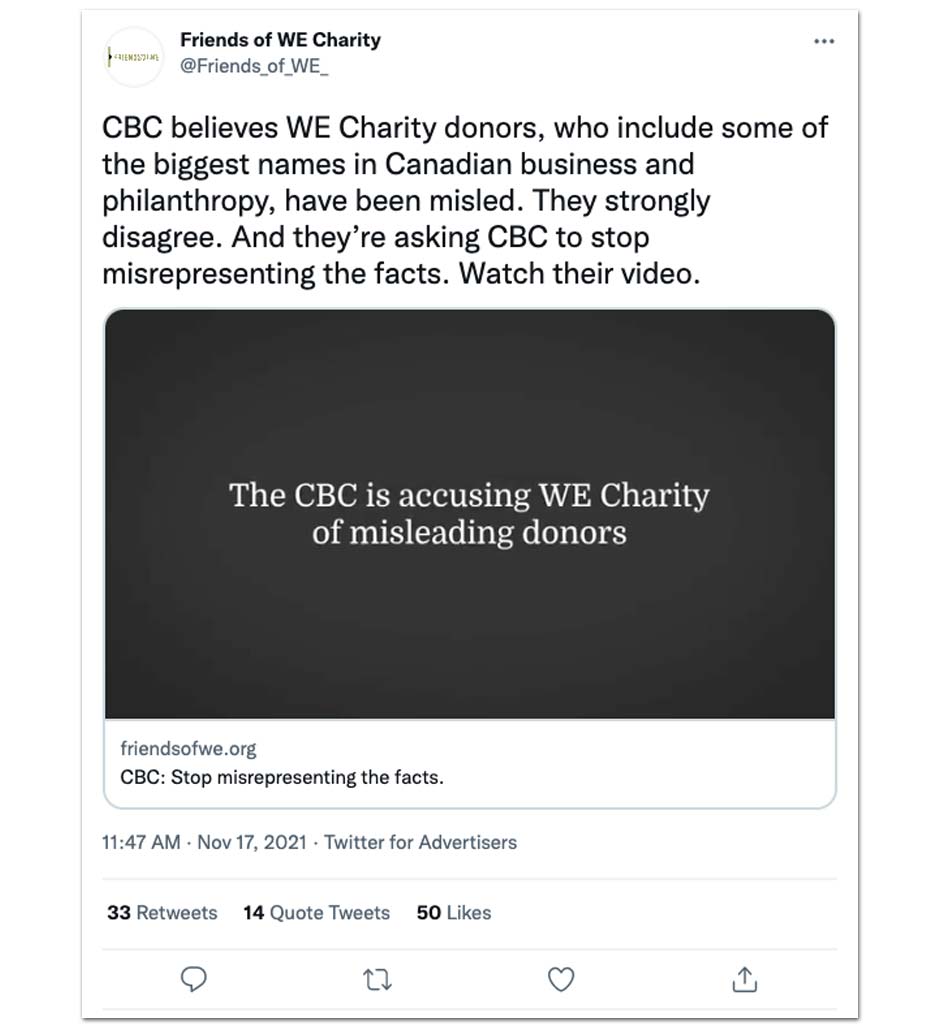 The website features videos hosted on WE’s YouTube channel,  a link to an “independent evaluation” of the federal student grant program that purportedly “exonerates WE Charity” and a letter signed by eight WE Charity donors criticizing a March 2021 CBC report titled: “Multiple WE Charity donors raised money for same borehole well in Kenyan village.”

The group’s Facebook page has only about 50 followers, though it has spent over $2,500 on Facebook ads over the last year defending WE Charity.

On November 18, the same day as the Fifth Estate’s episode aired, Friends of WE launched six separate ads claiming “CBC misrepresented the facts” about WE Charity. 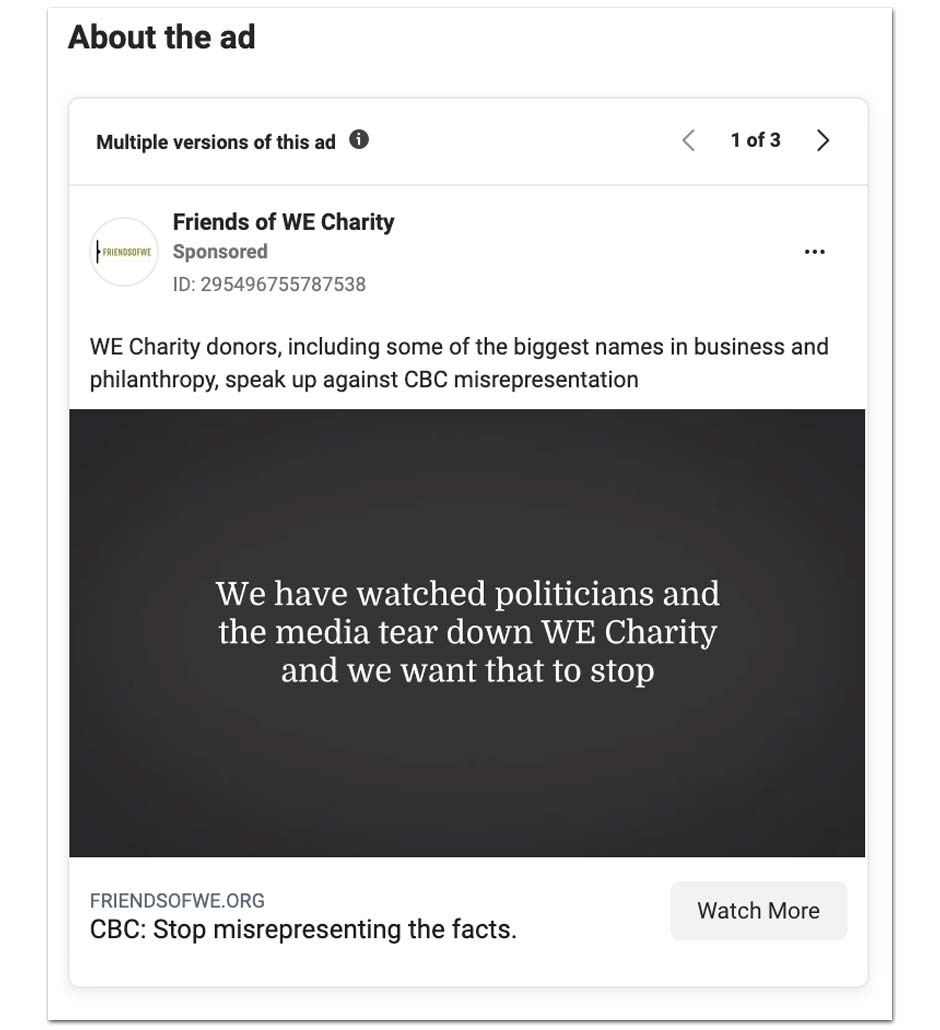 It is unclear how much the group is currently spending on ads.

Friends of WE initially acknowledged a request for comment from PressProgress, but proceeded to ignore all questions posed about who is behind the group and the nature of its relationship with WE Charity.

In a statement to PressProgress, WE Charity identified Minneapolis-area businessman Andy Stillman as the person who created and finances the group.

“Friends of WE was started by philanthropist, and WE Charity donor, Andy Stillman in the fall of 2020,” a WE Spokesperson explained. “Stillman’s efforts to correct incorrect information and present facts continue to this day.”

Although Stillman is based in America, Friends of WE’s Facebook page indicates it is managed by four individuals based in Canada. WE Charity did not respond when asked if any of its Canadian employees or contractors help run the page.

However, WE Charity did confirm it has been in direct communication with Stillman about Friends of WE’s activities.

“WE Charity has expressed its appreciation to Mr. Stillman for creating and funding Friends of WE.” 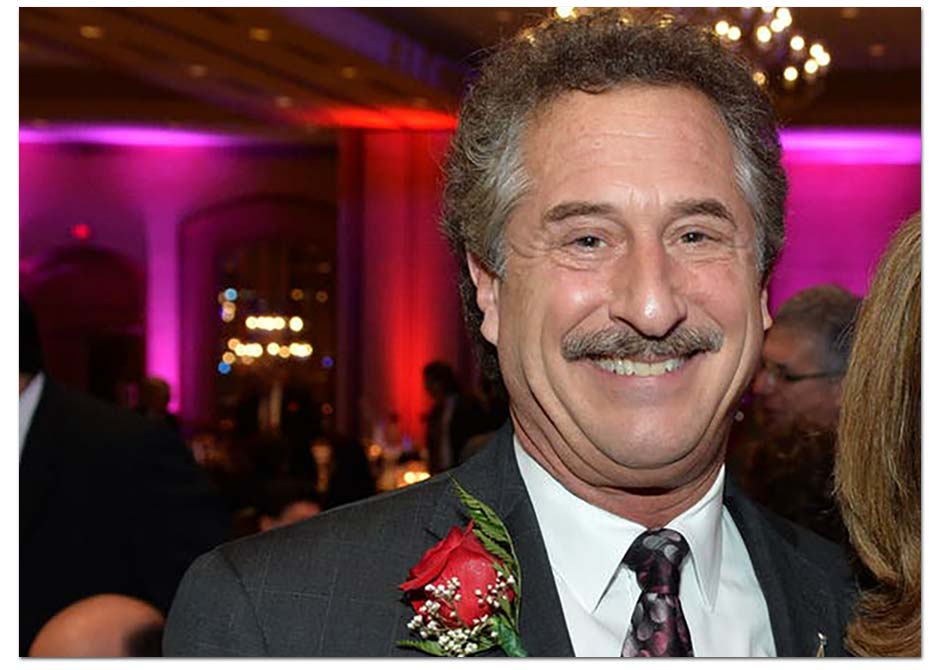 Stillman is a Minnesota businessman whose made his fortune on “healthy snack products,” including dried fruits, trail mix and granola.

According to a 2013 profile in the StarTribune, Stillman sold his company, American Importing Company, about a decade ago and now spends time exploring Africa as a tourist — Stillman even built an “African storybook cottage” in Minnesota that features a distinctly “African aesthetic.”

US tax filings show the Stillman Family Foundation’s board of directors consist only of Stillman, his spouse and another family member.

The tax-exempt American foundation has handled millions of dollars for the family over the last decade, IRS records show. Most recently in 2019, Stillman’s foundation transferred $85,000 to a WE entity called the ME to WE Foundation. 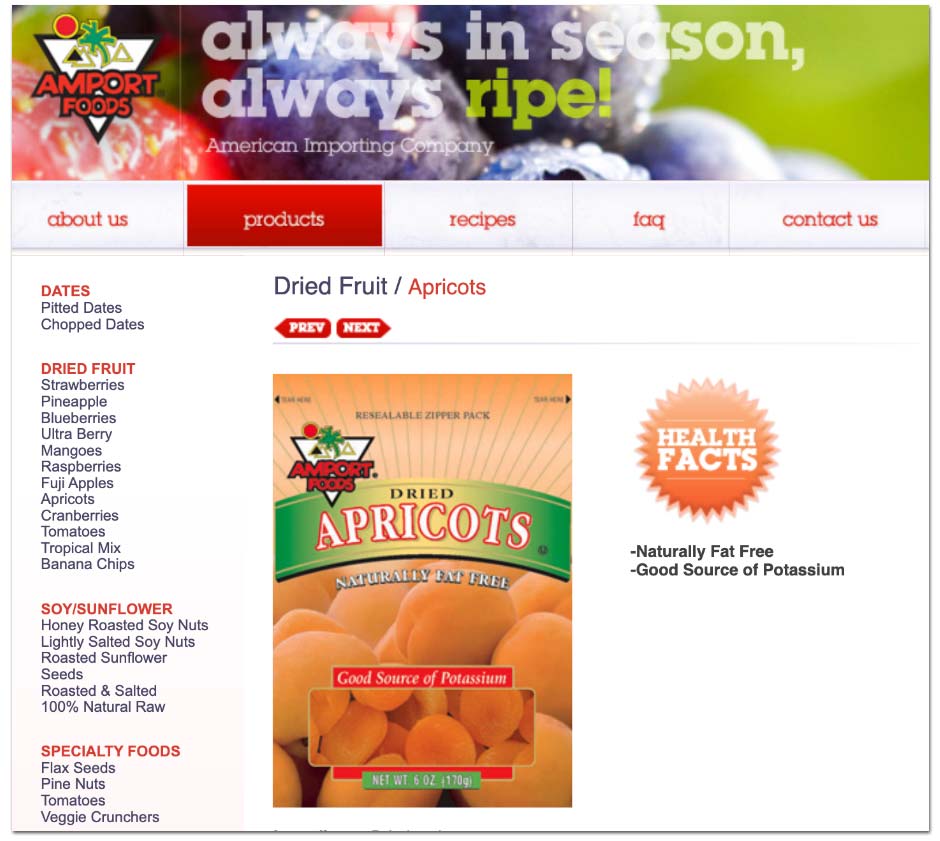 As the Toronto Star’s public editor later acknowledged, the newspaper failed to disclose to its readers “who was behind the reports”:

“In an email to the Star, Andy Stillman said his family foundation has supported WE Charity for nearly a decade and ‘seen first-hand significant social impacts’.

He said the foundation commissioned the two reports as part of its own evaluation whether to continue funding WE Charity. He said based on the findings, the foundation will continue its financial support.”

The Star also admitted failed to note Stillman has a family connection to WE too — David Stillman, one of Andy Stillman’s relatives from “another branch” of his family, previously served as WE’s US director and served on the board of WE Charity U.S.:

“David Stillman, a relative, has served as U.S. director of WE and board member. In an online testimonial, he praised WE founders Marc and Craig Kielburger as ‘incredible leaders’.

But Andy Stillman said that David Stillman is from ‘another branch’ of the family and has no affiliation with the foundation and had no involvement with the reports.”

Last year, Friends of WE also ran an article defending WE Charity as sponsored content in the Winnipeg Free Press. The sponsored content disclosed that it was created and paid for by the Stillman Family Foundation.

WE Charity did not directly answer questions from PressProgress about whether it approved of ads attacking journalists.

Earlier this week, PressProgress reported that Craig Kielburger’s mother launched a $3 million lawsuit against Canadaland in response to a podcast about WE Charity, accusing the independent news organization of being “fake news.”

Canadaland has repeatedly claimed its reporting on the WE Organization has been targeted by an unusual PR campaign, including that articles labelling Canadaland as “fake news” were linked to Republican strategy firms and allegations about Kenyan-based accounts harassing podcast listeners on Twitter.

In a previous statement to PressProgress, WE Charity said that the organization has “respect for the important role of media in society.”