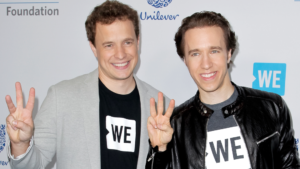 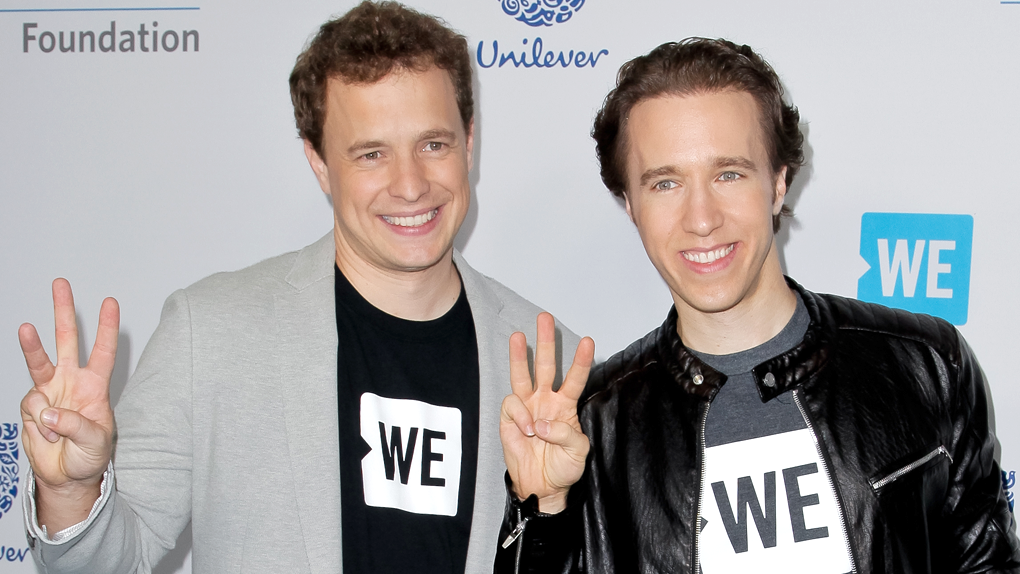 Craig Kielburger’s mother has launched a $3 million defamation lawsuit against Canadaland, the latest drama in an ongoing feud between the WE Organization founder’s family and the independent Canadian news organization.

“The Defendants, with their broad listenership, access to multiple global media platforms, and having the benefit of the presumption of legitimacy, abused their positions and power by disseminating and propagating the defamatory statements in a fake news campaign, to which they knew Theresa was unmatched to respond.”

Canadaland has yet to file a Statement of Defence. Theresa Kielburger’s allegations about the news organization have not been tested in court.

White Saviors debuted in August as Apple’s top podcast in Canada. It unpacks the Trudeau government’s WE Charity scandal and takes a closer look at WE’s structure, business model, corporate partnerships and allegations about its workplace culture, operations in Africa and the Kielburger family’s Toronto real estate holdings.

The story of a charity who did well when it supposed to be doing good.
Five years of investigation. New revelations from top-level whistleblowers. This is the full story of WE.
The White Saviors launches August 23rd.
Subscribe:https://t.co/7QBhWAvCms pic.twitter.com/MQbl9uq4ot

Neither Craig Kielburger, nor his brother Marc Kielburger, are named as plaintiffs in the lawsuit. The podcast’s controversial “behind the scenes” allegations about WE Charity and the Kielburger brothers fall outside the scope of their mother’s lawsuit.

“My point was that it was like it had grown so exponentially in such a short period of time that it kind of caught them off guard,” Vincent recalled in the podcast.

“While Vincent didn’t expressly accuse Theresa of stealing, the issue of stealing charitable donations is raised,” the lawsuit states. It adds Canadaland published this statement “with full knowledge of their falsity, or reckless disregard and indifference to their false nature” and “never provided Theresa with an opportunity to respond” to the statements.

The lawsuit alleges “the donations referred to were not deposited into the Kielburger family bank account, but were handled by the Ontario Federation of Labour who deposited the money into a trust fund administered by the OFL,” adding that those funds were later transferred to an organization in India.

Kielburger’s mother, who was not a party in the 1997 lawsuit, also claims the podcast implied the “lawsuit against Saturday Night was unmeritorious” because it was settled out-of-court. In fact, she says part of the settlement involved the defendants agreeing to a “condemnation” by a judge who granted a judgement of $319,000. 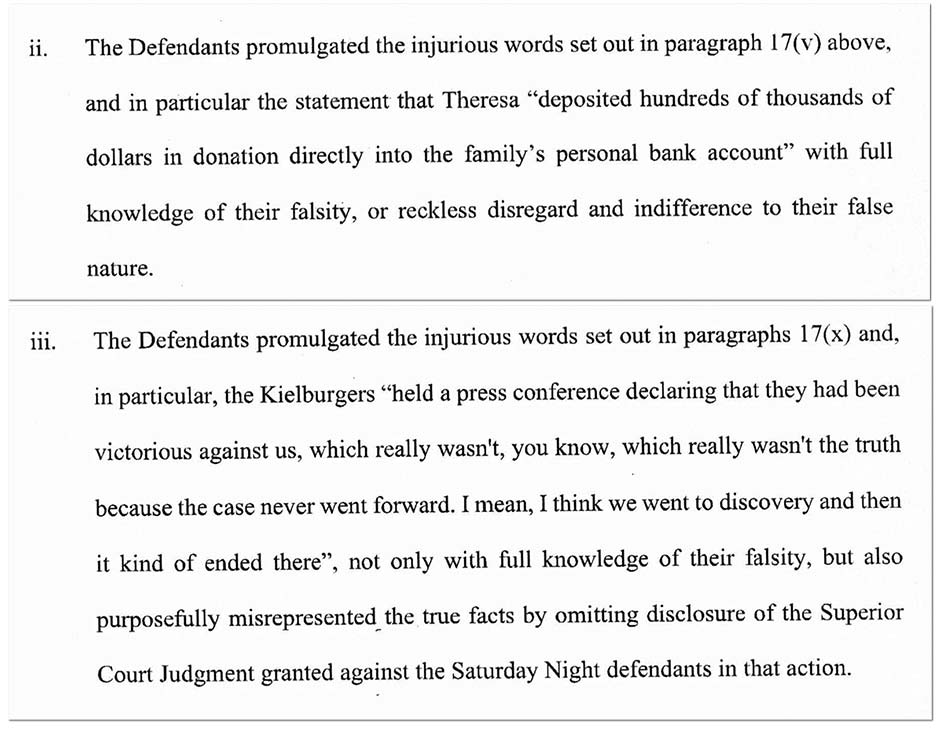 Robert Rueter, who represented Craig Kielburger in his 1997 lawsuit against Saturday Night and is now acting as Theresa Kielburger’s lawyer, describes his client as a “78-year-old senior citizen, who is not a public figure.”

“The false accusations have caused tremendous harm to my client,” Rueter told PressProgress. “The libel had already been litigated 25 years ago and was acknowledged to be false through consent to the condemnation of a judgment awarded against the then defendants.”

“Corrective measures by Canadaland were requested before commencing litigation,” Rueter said, but “Canadaland failed to publish a correction and properly address their false statements.”

Asked if Kielburger’s mother had been encouraged to bring forward the lawsuit, Rueter said: “This lawsuit is in relation to a libel directed at Theresa Kielburger and she is the only person for whom I am acting. Obviously no charitable funds are being used to fund this legal action.”

In a statement to PressProgress, WE Charity said “Theresa Kielburger is a private citizen” and it is “unable to comment on her personal legal action beyond confirming that the charity is not financing the lawsuit.”

WE Charity maintains “Canadaland advanced false claims about WE Charity,” but did not elaborate with any specific examples from the White Saviors podcast.

Jesse Brown, the Publisher and Editor-in-Chief of Canadaland, said his organization stands behind the accuracy of its reporting and asserts that his journalists have faced extraordinary efforts by WE to obstruct their reporting.

“The WE Organization has repeatedly threatened to sue Canadaland for our reporting on them over the years,” Brown told PressProgress. “They hired lawyer after lawyer to threaten us with massive lawsuits.”

“Recently, they warned us to not release our podcast The White Saviors, which they had not heard at the time,” Brown added. “They assured us that if we published it, they would sue us.”

In August, before the podcast had been released, WE Charity served Canadaland with a libel notice about the “expected content of the podcast,” warning the news organization there would be consequences if they “publish a pastiche of falsehoods.”

You can read their Notice of Libel here: https://t.co/DpryeOU1yy

And their response to The White Saviors trailer and press release here: https://t.co/tUr8cyYwsv

Brown told PressProgress he was surprised Canadaland was being sued “not by the WE Organization, or by Craig or Marc Kielburger, but by their mother.”

“Theresa Kielburger is not accused of any illegality or wrongdoing in our podcast,” Brown emphasized. “Also, we have press freedom in Canada, and it is legal to report on public court records.”

Brown addressed WE’s earlier libel notice in the final episode of the White Saviors, vowing he would keep listeners “informed about any legal battle that does follow and about what we learn in the process.”

“Of course, a lawsuit like that does include a phase of discovery in which they would have to hand over a lot of documentation concerning matters which we’ve been unable to get clarity from them in the past.”

Brown has repeatedly claimed Canadaland’s reporting on the WE Organization is being targeted by a highly unusual PR campaign.

In 2019, the right-wing, pro-Trump Washington Times retracted an article that described Canadaland as “fake news” and criticized its coverage of WE Charity after questions emerged about its author — a professor based in Idaho.

Emails later released by Boise State University showed a Republican-linked strategy firm reassuring the author of the retracted article that Canadaland was indeed “fake news” after PressProgress contacted the author to verify their identity.

Last year, The Globe and Mail reported WE Charity had paid $130,000 to a different Republican-linked strategy firm that had ties to two other GOP operatives that authored articles labelling Canadaland as “fake news” in additional newspapers.

WE Charity told PressProgress the firm was “hired to support WE Day in the DC region.” WE did not directly answer questions about whether they or anyone acting on their behalf helped commission any articles labelling Canadaland “fake news.”

More recently, Brown claimed listeners of his podcast have been harassed in a “coordinated campaign” led by accounts based in Kenya — “#JesseBrownLies was briefly the number one trending topic in Kenya,” Brown told podcast listeners.

WE Charity maintains all of Brown’s claims relating to an alleged PR campaign against his news organization are “without merit.”

“WE Charity has answered over 5,000 media inquiries over the past eighteen months clearly demonstrating its respect for the important role of media in society,” a WE spokesperson told PressProgress.

“Canadaland will not be intimidated from continuing to report on the WE Organization,” Brown said, adding that Canadaland will “vigorously defend its journalism” and he’s “confident that this lawsuit will be dismissed.”