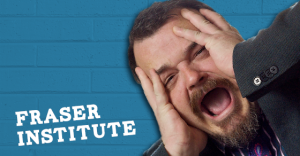 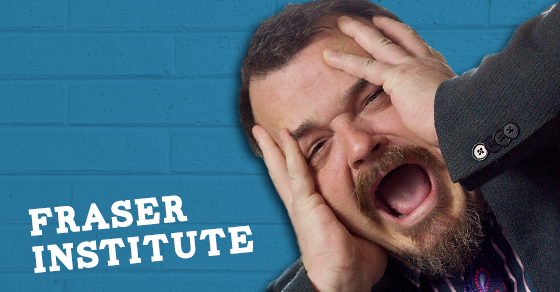 Fraser Institute gets called out by experts. Again.

The Fraser Institute has made another international headline for all the wrong reasons.

One of America’s top news sites has called out the right-wing think tank for “misleading” research based on a “fallacy.”

Statistics Canada shows the country’s average household debt has grown considerably in recent years. But the Fraser Institute described it as “not excessive” and called concern over the issue “overblown.”

While the Institute said there’s little evidence to show Canadians are borrowing beyond their means, CNBC quotes two economists who seriously disagree.

1. The Fraser Institute report is “misleading”…

… because it ignores principal repayments on original loans – and only shows the payments on debt interest, according to David Madani, an economist with Capital Economics.

He also published a critique of the think tank’s report on Monday:

“The all-clear siren sounded by the Fraser Institute last week on household debt is misleading. The debt service metric they use only captures the interest cost portion of debt, which completely misses the point in a high debt, low interest rate environment.”

2. The Fraser Institute report is based on a “fallacy”…

… because it argues that rising Canadian private debt is being offset by the fact that personal assets and net worth levels are increasing at a higher rate.

CNBC countered that “this sort of thinking has been lambasted by economists.” Then they interviewed one just to prove their point.

Steve Keen, head of the School of Economics, Politics & History at London’s Kingston University, told CNBC that relying on rising assets is a “fallacy,” noting “it’s much more sensible to compare the level of debt to the level of income.”

This isn’t the first time the Fraser Institute’s methodology has been slammed internationally. Just ask the United Nations‘ agency on international labour or Hong Kong.