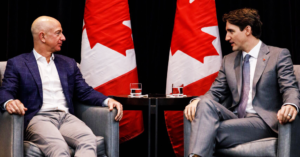 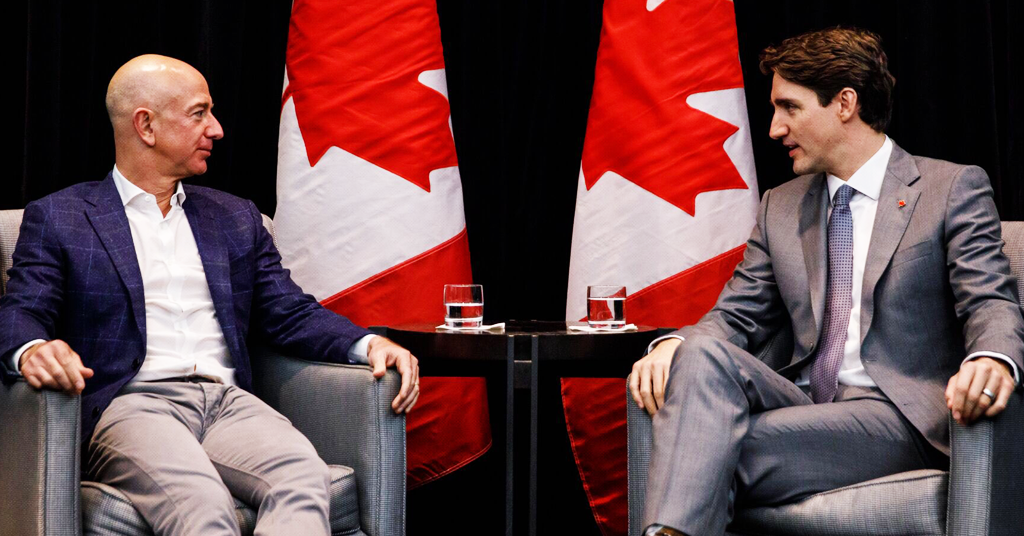 Only two weeks before announcing Amazon had been given a secretive contract to store and distribute Canada’s emergency medical supplies, the multinational corporation lobbied officials in the Prime Minister’s Office.

Public records show on March 17, during the first week of the pandemic lockdown, Amazon met with a PMO issues management and parliamentary affairs advisor.

The lobbying communications report simply describes the subject matter of the meeting as “industry.” It was the first meeting between Amazon and PMO officials since April 2019.

Communications report (Office of the Commissioner of Lobbying of Canada

Amazon is remaining tight-lipped about the meeting.

“We do not have a comment for your story,” an Amazon spokesperson told  PressProgress in response to questions about the meeting.

The PMO, on the other hand, would only offer vague details.

“The topic of the meeting was Amazon’s web services,” a PMO spokesperson said.  They added that PMO staffers “routinely meet with stakeholders” and suggested Amazon’s contract was “not discussed.”

They did not elaborate on why Amazon’s “web services” were an urgent matter for PMO issues managers in the middle of a public health emergency.

Two weeks later on April 3, Prime Minister Justin Trudeau raised eyebrows with a surprise announcement that the federal government was partnering with Amazon to “manage the distribution” of emergency medical supplies, including face masks and ventilators.

A bit of news that may get overlooked today because of 3M: PMJT says the federal government is turning to Amazon Canada — not Canada Post or its courier division, Purolator — to deliver PPE and other supplies to health care facilities.

To date, details of the “partnership” remain vague, with the only concrete detail in the government’s initial press release indicating Amazon would help “process and manage orders (for medical supplies) through its online Amazon Business store.”

But PressProgress later confirmed the deal with Amazon was broader than initially disclosed , with government officials confirming the contract allows them to store emergency medical supplies in Amazon’s private warehouses.

The federal government has offered no explanation for why it would need Amazon’s private warehouses despite operating  12 large warehouses and 1,300 supply centres that are supposed to store emergency medical supplies in the event of a pandemic.

Healthcare advocates say the deal effectively privatizes management of Canada’s stockpile of emergency medical supplies, something that “should be controlled publicly and subject to careful oversight and handling,”

Recent media reports suggest the network of emergency warehouses may have faced years of neglect and mismanagement under Liberal and Conservative governments. Unnamed public health officials told the Globe and Mail this week that Canada’s stockpile system failed to adequately prepare for a pandemic.

Public Service and Procurement Canada (PSPC), the department in charge of awarding government contracts, confirmed Amazon’s contracted had been awarded by the Public Health Agency of Canada (PHAC), the public health authority that runs Canada’s network of emergency warehouses.

Both PSPC and PHAC have refused to share any details about the scope of its contract with Amazon and the PMO claims it exerted no influence over the decision to award the contract to Amazon.

“With regards to the contract, staff in the Prime Minister’s Office were not engaged with PHAC,” a PMO spokesperson told PressProgress.

Lobbying records from the Office of the Commissioner of Lobbying of Canada show Amazon has never lobbied PHAC.

Update: Following publication of this story, Amazon spokesperson Kaan Yalkin provided an “updated statement” modifying information he previously disclosed about the scope of the contract, confirming “supplies procured by the government will be stored” at Amazon’s private warehouses. This was also confirmed to PressProgress by the Public Health Agency of Canada.

According to the Amazon spokesperson, “the Government of Canada has used Amazon Business technology to manage the distribution of PPE, however, the PPE supplies have so far been stored in facilities as directed by the Government of Canada, as opposed to within Amazon fulfillment centres,” but suggested the deal does allow for “flexibility.” That is seemingly at odds with testimony provided to Members of Parliament by Bill Matthews, federal Deputy Minister of Public Works, who said PHAC “recently put in a contract with Amazon … to help with the warehousing and logistics.” Yalkin refused to offer any explanation for the discrepancy between his two statements.