This article is more than 3 years old

The board’s chair told PressProgress UCP MLA Nathan Neudorf told members cuts to discretionary grants, including the nutrition grant, were likely, during a lunchtime meeting in late April. “We certainly got the impression that those grants would be on the table for being cut. I left feeling I wouldn’t be surprised if we didn’t get this,” Clark Bosch, Chair of Lethbridge Public Schools said.

The Lethbridge meeting’s purpose was to get certainty from the incoming government about what grants the school board could expect, so they could factor it into budgeting. Soon, after, representatives went public about the risks the grant faces.

A representative of the board, Garrett Simmons, told the Lethbridge Herald “The potential loss of our school nutrition grant will certainly have an impact throughout the district.”

Lethbridge’s nutrition grant is $252,000 and that feeds students at 10 schools. “Anyone who would consider cutting this nutrition grant needs to spend time in any school to see this program and see how many kids are being fed,” said Bosch.

Uncertainty over the program’s future has reached a point where one school has even started asking local businesses on Facebook to donate $100 per month, or $1000 per year to maintain the program. 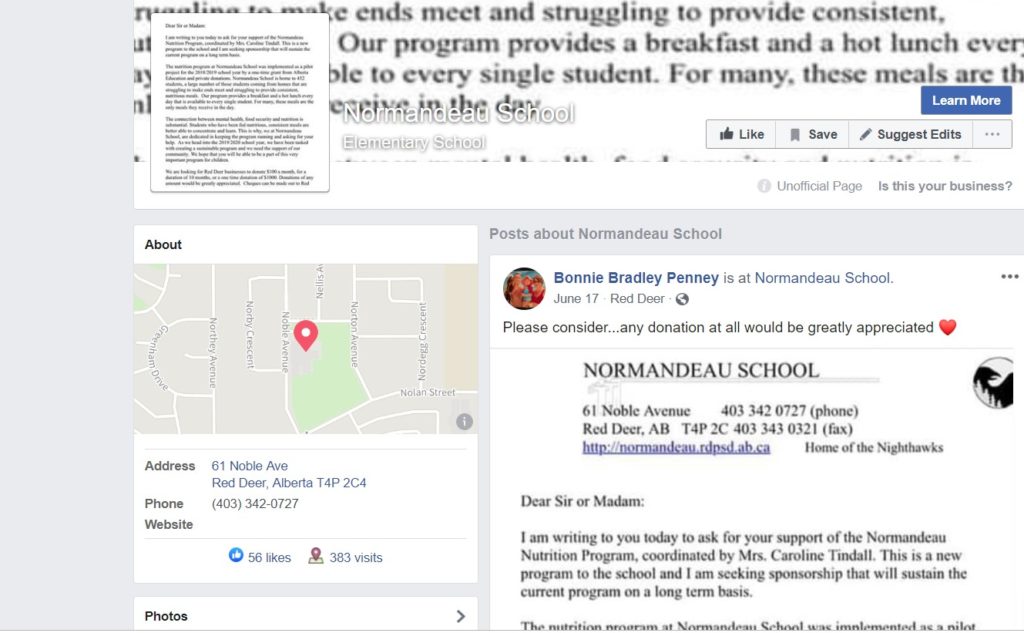 Normandeau Public School said a large number of their students come from “homes that are struggling to make ends meet,” in a letter posted to the school’s Facebook profile and banner image. “For many, these meals are the only meals they receive in the day.” 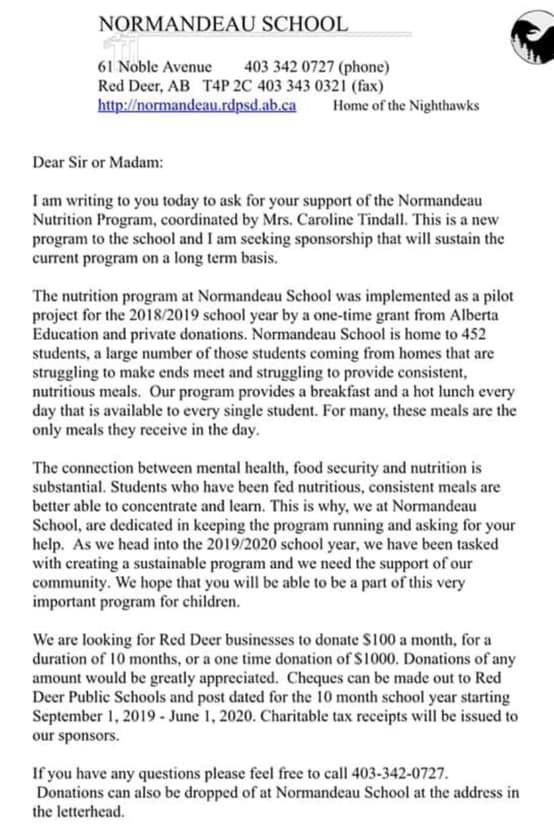 Having still received no confirmation, school boards across the province have had to plan without this certainty ahead of the UCP’s “late October” budget.

“We just don’t know as a board. Unpredictable funding leads to unpredictable student results. We had to go ahead based on a number of assumptions. That’s the situation for lots of folks across the province,” Estabrooks said.

Representatives of Alberta’s Education Minister, Adriana LeGrange, did not respond to PressProgress’ request for comment.