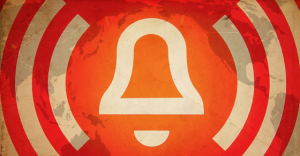 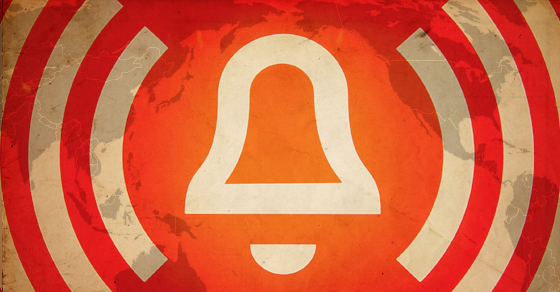 Alarm bells are ringing about the Trans-Pacific Partnership. Here are 6 reasons why

Now that the full text of the Trans-Pacific Partnership is finally out, experts and civil society groups are ringing alarm bells about some parts of the mega trade deal that don’t seem quite as advertised. It boils down to one key question: are Canada’s best interests being served? Copyright expert Blayne Haggart says the TPP […]

Now that the full text of the Trans-Pacific Partnership is finally out, experts and civil society groups are ringing alarm bells about some parts of the mega trade deal that don’t seem quite as advertised.

It boils down to one key question: are Canada’s best interests being served?

Copyright expert Blayne Haggart says the TPP is less a “free-trade agreement” than it is “a new global economic framework, driven primarily by U.S. interests and U.S. power.”

Here are six reasons people think that might not be the best thing for Canada:

Jim Balsillie, for one, is not mincing words.

The former CEO of Research in Motion says the TPP’s changes to intellectual property will make Canada a “permanent underclass” in the global innovation economy, forcing Canadian companies to play by American copyright rules.

“I think in 10 years from now, we’ll call that the signature worst thing in policy that Canada’s ever done,” Balsillie is predicting.

And Professor Michael Geist, an expert in e-commerce and internet law, says the full text of the TPP confirms copyright terms will now be extended an additional 20 years. In practical terms, that could drive up education costs by hundreds of millions of dollars and deal “a massive blow to access to Canadian heritage.”

Even the Globe and Mail wonders what the TPP’s copyright concessions “has to do with free trade”?

But after release of the full text, Canadian Vehicle Manufacturers’ Association president Mark Nantais confirmed Canada quietly agreed to eliminate a key tariff on imported vehicles in only five years. The United States, on the other hand, won’t do the same thing for 30 years.

Canadian farmers could be getting a worse deal than first thought

Although the Harper government tried to downplay the impact on Canadian farmers during the recent election campaign, the TPP’s full text shows the dairy sector will be harder hit than first thought.

Agricultural expert Sylvain Charlebois says the fine print shows Canada will be importing more milk, yogurt, ice cream and cheese than was first announced. And that’s in addition to additional imports being allowed into Canada under another free trade deal with Europe.

Other critics suggest the trade deal could lower the price of milk and run smaller dairy farmers out of business over the longer term despite a promised $4.3 billion in subsidies by the former Harper government to soften the blow.

It could put the health of Canadians at risk

Before release of the full text, health experts and civil society groups warned the TPP could drive up costs on many pharmaceutical drugs.

As Doctors Without Borders explains, the finalized TPP text confirms millions will be deprived of affordable medicines thanks to the extension of patent protections for brand-name pharmaceutical companies.

While health experts in other TPP countries are raising similar concerns, the fact that Canada is the only OECD country with a medicare system that excludes universal drug coverage, Canada could be particularly hard hit by the changes.

Amazingly, the agreement covering more than 40% of the global economy doesn’t even mention what’s likely the biggest threat facing the world today.

Calling the TPP a “toxic deal,” Sierra Club warns it threatens the environment by enabling fossil fuel companies to challenge public health and climate safeguards in unaccountable trade tribunals when these interfere with their profits.

Canadians haven’t even been consulted

With the TPP deal announced only midway through the 2015 election, Canadians are only now getting a first look at the full details of the agreement.

However, it’s not clear if Canadians are going to have a chance at a full debate about the TPP.

Prime Minister Justin Trudeau and new International Trade Minister Chrystia Freeland have promised a “full parliamentary debate” and “serious consultations” on the merits of the TPP. However, Japan’s Prime Minister announced Trudeau had already agreed to help him promote the TPP.