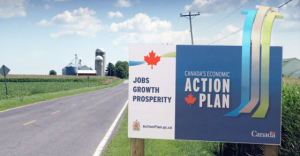 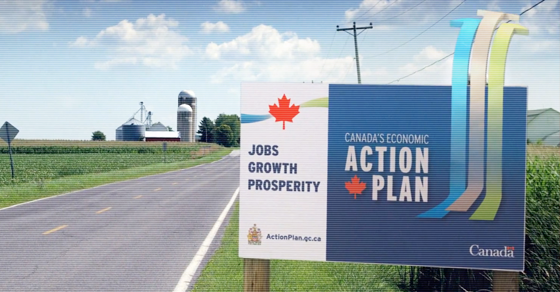 According to an internal Department of Finance poll, close to half of all Canadians say they've never heard of Stephen Harper's "Economic Action Plan."

Well that was a good use of our money, wasn’t it?

According to a newly disclosed internal Department of Finance poll, close to half of all Canadians say they’ve never heard of Stephen Harper’s “Economic Action Plan.”

And that’s after the former Conservative government blew over a hundred million dollars running ads promoting the darn thing. Out of 2,032 Canadians polled by Harris-Decima in June 2015 for the Department of Finance, 43% of Canadians said they’ve never even heard of “Canada’s Economic Action Plan.” Only 55% said they had.

The Harper government spent $7.5 million on Economic Action Plan ads in a pre-election ad blitz in May.

That’s on top of the over $100 million spent by the Harper government on Economic Action Plan ads since the 2009 recession, not to mention millions for Economic Action Plan road signs popping up next to highways and construction sites around the country over the last several years.

Even fewer were able to name “any specific EAP measures.”

The June 2015 internal poll found that in addition to many Canadians being completely unaware of the existence of the Economic Action Plan, 64% hadn’t seen TV ads in the lead up to the last election and 75% saying the same about the radio ads. Sounds like a pretty ineffective way to spend a hundred million dollars.