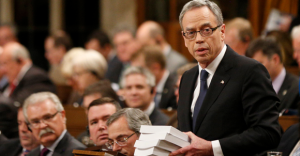 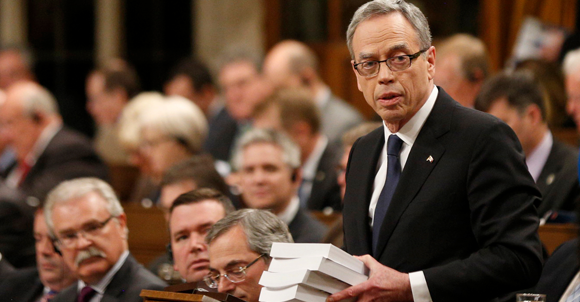 So much for balanced budget laws being a good idea.

So much for balanced budget laws being a good idea.

Not only do a staggering majority of Canadians disagree with Prime Minister Stephen Harper’s obsession with balancing the budget at all costs:

The myth of austerity and balanced budgets as a pathway to prosperity for all has been laid bare as a cruel hoax. pic.twitter.com/Xfd5WBsHUQ

Now, 79 economists on the world stage — including some high-profile names like Thomas Piketty and Mariana Mazzucato — have blown the logic behind balanced budget laws to smithereens, just as Harper’s government is set to ram through balanced budget legislation this week.

In a letter published in The Guardian, this is what some of the world’s leading economists now say about balanced budget laws:

“They have no basis in economics.”

“[The] proposals are not fit for the complexity of a modern 21st-century economy, and, as such, they risk a liquidity crisis that could also trigger banking problems, a fall in GDP, a crash, or all three.”

“The plan actually takes away one of the central purposes of modern government: to deliver a stable economy in which all can prosper.”

The economists were responding to the British Conservative government’s “permanent surpluses” law, but the Canadian version has similar aims, with promises to freeze departmental spending before they run a deficit, and only allows for governments to dip into the red during wars, natural disasters, and other “exceptional circumstances.”

Canadian economists have already made the case against balanced budget laws, as have provincial governments: after seven provincial and two territorial governments passed similar legislation during a similar “austerity” movement in the early 1990s, they’ve been largely panned.