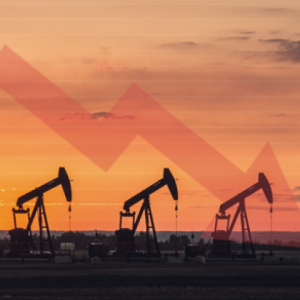 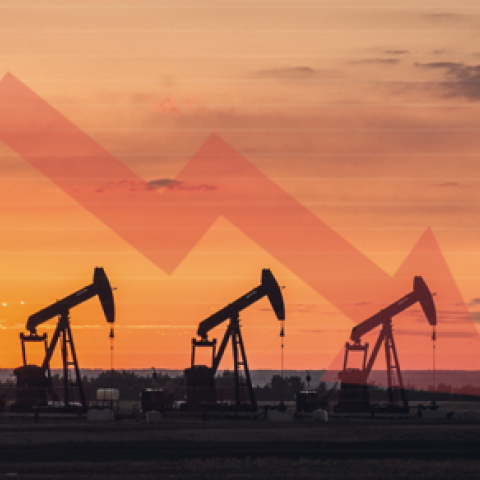 Falling oil prices are a potential game changer for Canada. From real estate to renewable energy, from tax policy to the manufacturing sector, we could see a whole new country.  The experts aren’t certain if (or when) oil prices will recover.   Of course, this volatility shouldn’t come as a surprise. We’ve been warned for years that […]

Falling oil prices are a potential game changer for Canada.

From real estate to renewable energy, from tax policy to the manufacturing sector, we could see a whole new country.

The experts aren’t certain if (or when) oil prices will recover.

Of course, this volatility shouldn’t come as a surprise. We’ve been warned for years that Canada’s natural resource boom was built on shaky ground, with critics pointing to “unbalanced” growth backed by “policies around oilsands expansion” that “show a lack of economic foresight that may ultimately limit Canada’s long-term competitiveness.”

Here’s a quick review of six ways falling oil prices could have an impact on the Canadian economy: 1. Alberta could go into recession

According to an economist at the Conference Board of Canada, Alberta will “most likely” go into recession in 2015, even if oil rises from its current price in the mid-$40s to $65 per barrel (for his part, Alberta Premier Jim Prentice disputes this).

In any event, the situation has created uncertainty for workers connected to Alberta’s oil industry. Economists foresee cuts in investment and a rise in unemployment. Already, Suncor and Shell have announced they will eliminate a combined 1,300 jobs at operations near Fort McMurray, while Canadian Natural Resources has said it will slash $2.4 billion from its budget as a direct result of falling oil prices.

In turn, retailers in the oil boomtown of Fort McMurray are already reporting sharp declines in consumer spending.

Alberta may have to rethink how it brings in revenues, with Premier Jim Prentice signalling he’s considering implementing a sales tax. Meanwhile, others are questioning whether it was a good idea for the province to stop investing in a rainy day fund — Alberta’s Heritage Fund is valued at $17.4 billion while Norway’s oil-driven sovereign wealth fund is valued at nearly a trillion dollars.

2. A major bank is predicting Canada will go into deficit

Meanwhile in Ottawa, a forecast from TD Economics is “projecting budget deficits” for the federal government for the next two years. (Finance Minister Joe Oliver disagrees.)

TD emphasizes that “the conclusion is unambiguous” … “in the absence of new measures to raise revenues or cut spending.” Contributing to the situation, TD points to “a number of policy commitments … outlined in the Conservative Party of Canada’s 2011 election platform,” including various boutique tax credits and the centrepiece of the Conservatives’ 2015 election campaign: the $27 billion “Family Tax Cut,” including income splitting (which 9 in 10 households will see no benefit from).

TD says that although a $3 billion contingency fund might buffer the Conservatives, their cuts “had the effect of reducing the overall fiscal room available for the federal government to maneuver,” leaving Canada “with not much cash left in the kitty.” 3. The collapse of oil prices could spill into the real estate market

While the collapse of oil prices is expected to slow growth in Canada’s housing market — most at risk are “regions most negatively impacted by oil price declines, such as Alberta, Saskatchewan and Newfoundland” — the real estate markets in Toronto and Vancouver are expected to remain stable. Royal LePage forecasts the price of homes to rise by a relatively low 2.9% in 2015, while Toronto alone is expected to see home prices rise by 4.5% this year.

However, the Canadian housing market is also 63% overvalued — the most in the developed world, according to the Deutsche Bank’s recent estimate. That’s certainly cause for concern.

Unifor economist Jim Stanford calls “house prices one of the wild cards” in all of this, pointing out that while the collapse in oil prices isn’t in itself reason to “panic,” it “could expose some underlying financial fragility,” particularly in terms of banks exposed to defaults in Alberta and undermined consumer confidence.

Could it expose those vulnerabilities? The Globe and Mail offers a breakdown of how the “oil drama” could effect the price of homes in different regions of the country.

4. But this isn’t terrible news for consumers…

One upside of lower oil prices is that many consumers will see more money in their pockets, particularly savings on their grocery, car and heating bills — something that can spur spending and create jobs.

“The most immediate impact will be positive: a boost to consumers’ disposable incomes and spending,” remarked the deputy governor of the Bank of Canada Wednesday.

And the Bank of Canada’s Business Outlook Survey released Monday indicates inflation is expected to decline as “prices are expected to rise at a somewhat slower pace” thanks to lower production costs for businesses.

5. …And it could set the stage for the comeback of Canadian manufacturing

Another benefit of “lower oil prices,” says the deputy governor of the Bank of Canada, is they “are also typically accompanied by a weaker Canadian dollar.”

And the good thing about a low Canadian dollar is it makes exporting more lucrative — particularly when the American economy is strong. A recent analysis by RBC projects that low oil prices will make for “a stronger U.S. economy” and “a growing market for Canadian exports” — potentially good news for hard-hit manufacturing towns in places like Ontario.

But this shift won’t happen with the snap of a finger. Last October, Bank of Canada governor Stephen Poloz gave Canadians a “national the-dog-has-died-talk,” explaining that capacity in the manufacturing sector “has simply disappeared.”

Rebuilding the sector will take time, money and political will, but as Canadian Labour Congress economist and Broadbent Institute fellow Angela MacEwan points out:

“Most surviving manufacturing exporters are still operating at or below capacity. This means we shouldn’t expect a whole lot of business investment in these sectors any time soon.

This permanent loss of capacity isn’t truly permanent, we can rebuild, but doing so will take more time, and will wait until conditions are much more certain. This has disastrous consequences for workers, particularly in southern Ontario where much of the loss has been located.”

6. This could be a good time to build “the foundation of a stable energy future”

Clean energy investments jumped 16% last year, appearing unaffected by the drop in oil prices. “Technologies such as solar are much more cost competitive now so you might not see as much pressure from low oil prices,” said a sustainability expert from PricewaterhouseCoopers. “Investment in clean energy will at least hold its own, if not continue to rise this year.”

A more “diverse energy portfolio” would “ensure that emissions reductions that are gained as coal plants retire are not lost due to growing demand, while also protecting ratepayers from the volatility of future gas prices,” argued the heads of Canada’s wind, solar, hydro and geothermal associations in a recent joint letter to the Calgary Herald.

Meanwhile, a Forbes article by the Environmental Defense Fund says that “now is the time to be building the foundation for a stable energy future protected from the price volatility of fossil fuels.”