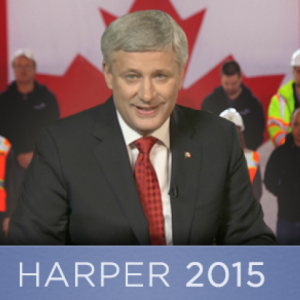 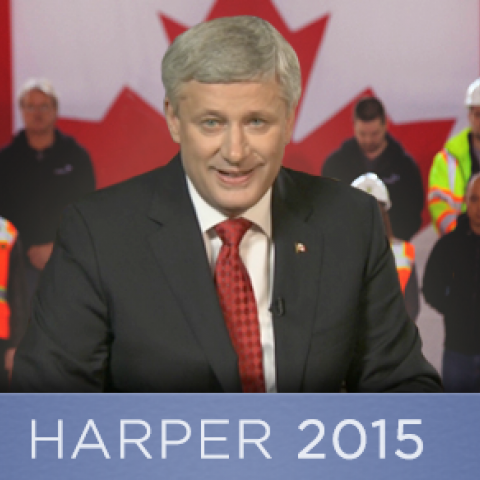 With a federal election less than nine months away, Stephen Harper is already polishing his stump speech. The prime minister just offered an early indication of the themes — and track record — he will trumpet on the campaign trail. But from banks to budget watchdogs, second-guessing the government has become a popular hobby these days.  On Tuesday, the parliamentary budget […]

With a federal election less than nine months away, Stephen Harper is already polishing his stump speech.

The prime minister just offered an early indication of the themes — and track record — he will trumpet on the campaign trail.

But from banks to budget watchdogs, second-guessing the government has become a popular hobby these days.

On Tuesday, the parliamentary budget officer estimated the government could face an $8.2 billion revenue shortfall this year, and run a deficit even after they use up their contingency fund.

We offer a fact check of the campaign cards Harper — and his government — are likely to repeatedly play in the months ahead:

At his first campaign-style event of 2015, here’s what Harper had to say about his jobs record:

“We have had steady economic growth in Canada for over five years, and employment has risen considerably …

Since the worst of the recession, the Canadian economy has created nearly 1.2 million jobs – overwhelmingly full-time, high-paying, private-sector jobs.”

Let’s take this one apart point-by-point:

(a) Since Harper came to power in 2006, workers in two of Canada’s biggest provinces – Ontario and British Columbia – have seen their wages go down. In the rest of the country, wages have largely been driven by the price of oil, a boom that has since gone bust.

(c) Employment has not “risen considerably” over the last five years. The percentage of Canadians who have a job is as low as it was at the worst point of the recession: The prime minister is talking big on infrastructure:

We’ve launched a massive program – over 75 billion dollars – in contributions to all manner of provincial, territorial, community, and, of course, our own federal infrastructure projects.”

Actually, that money is spread out over 10 years — so $75 billion becomes more like $7.5 billion per year.

Provinces have also said it isn’t enough, and called additional funding “overdue” at a finance ministers’ meeting in December.

Harper would also like you to believe he has a child care plan:

“Effective this spring, we are increasing and expanding the Universal Child Care Benefit. Families will receive an additional 60 dollars per child under six, for a monthly total per child of 160 dollars …

Friends, our opponents have been clear. They would take away the Universal Child Care Benefit …

And, of course, they would, because they need the higher taxes to pay for their gigantic spending promises. And what they take from your families they will give to a child-care bureaucracy.”

Here’s a few things to know about that:

4. Stephen Harper has a tax cut for families – just probably not your family…

And Harper wants you to believe your family is getting a $2,000 tax cut:

“And we are, at the same time, honouring our promise to deliver the Family Tax Cut by introducing income-splitting for families with children.

That’s a benefit of up to another two thousand dollars annually!”

What he doesn’t tell you is those in line to get the $2,000 are the highest income earners with a stay-at-home spouse. Low and middle-income families with two working parents will see little to nothing: A new Tuesday report from the CCPA shows that families earning more than $233,000 will benefit the most from the income-splitting plan.

And don’t forget the part where Harper claims he ended crime!

“Friends, our Government is also proud of all we have done to keep Canadians and our streets and communities safe.

We have been cracking down on violent crime …

Canadians expect us to protect them from the worst kind of criminal, those people who truly deserve to be called a menace to society.”

Postmedia’s Stephen Maher recently argued the declining crime rate can largely be attributed to demographics — the aging baby-boom echo has meant a shrinking population of men ages of 15 and 24.

But the Tories tough-on-crime policies have led to higher incarcaration rates — even as crime is falling, Maher argues: “It’s likely that his policies — more incarceration — have made us less safe, since prison often makes criminals worse, not better.”

Oh, and also on the crime front, Harper trumpeted an anti-prostitution law that has been roundly criticized by legal experts, criminologists and sex workers’ advocacy groups:

In his Sunday speech, Harper set his own parameters for good leadership:

“As I’ve said before, the measure of good government – the true test of leadership – lies not in achieving success in times of stability and peace, but doing so during times of risk and danger.”

Of course, risk and danger are exactly what the Canadian economy faces thanks to the collapse of oil prices. And critics say the Conservatives overreliance on a boom-and-bust resource economy is one of the key factors that has placed Canada in such financial uncertainty.

Hence the delayed budget, lowered interest rate and gloomy Tuesday outlook from the parliamentary budget officer. None of those stories fit with Harper’s narrative of “prudent choices” that “have secured economic opportunities now, and for future generations.”

So, about that “measure of good government”…