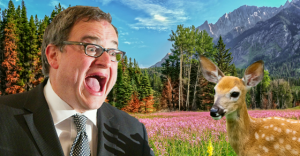 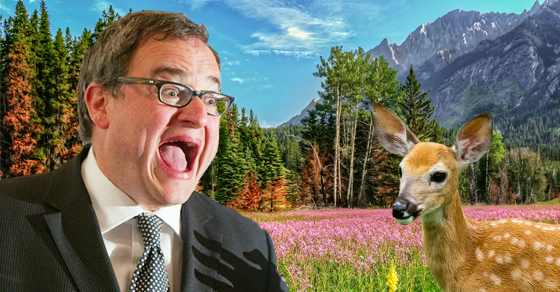 Groups ranging from environmentalists to oil companies pledged their support for the province's new climate change strategy. But not everyone was convinced.

Following the Alberta government’s unveiling of its new Climate Leadership Plan, groups ranging from environmentalists to oil companies lined up to pledge their support for the province’s new climate change strategy.

The CEO of Suncor called it “a milestone in ensuring Alberta’s valuable resource is accompanied by leading carbon policy,” while the David Suzuki Foundation said “it’s another example of the way Canadian provinces and cities are leading the way on climate change while strengthening and diversifying their economies.”

But not everyone was convinced.

Here are five of the more irrational reactions to the new plan:

Ezra Levant: Oil companies do not represent the oil industry

Rebel commander’s not having a good day.

After discovering the Climate Leadership Plan has wide support – including from Suncor, Shell, Cenovus and Canadian Natural Resources Ltd. – the right-wing pundit suggested these oil companies do not, in fact, “represent the industry”:

Suncor, CNRL, Shell & Cenovus don’t represent the industry. They represent themselves, hostages who decided to collaborate, not fight.

Okay, if you say so!

And despite the plan having the full support of the oil and gas industry, Wildrose finance critic Derek Fildebrandt thought: why don’t I try to brand its supporters as “extremists”?

No plan endorsed by Greenpeace extremists like Hudema is likely to be good for working Albertans. #abpoli #ableg

So remember that, Calgary Chamber of Commerce: the Wildrose finance critic must think you’re pretty extreme too.

Alberta’s Wildrose Party: It’s a job killing “TAX ON EVERYTHING”

Alberta’s opposition Wildrose Party, which previously denied the existence of man-made climate change, released an over the top press release claiming the plan is a “tax on everything” that will lead to “job losses” and make “every single Alberta family poorer”:

Except the energy industry doesn’t seem to think it’s so apocalyptic.

And the Canadian Association of Petroleum Producers welcomed the announcement, stating it will “allow the oil and natural gas industry to grow, further enhance its environmental performance through technological innovation, and is expected to improve market access to allow Canadian oil to reach more markets.”

Meanwhile, Clean Energy Canada noted that renewable energy “is creating new jobs faster than any other sector in the country” and said the new “carbon price and targets for renewable energy generation sends a powerful signal to the market that will drive long-term investment in Alberta’s renewable energy resources.”

Clean energy already provides more direct jobs in Alberta than the oil industry. And even with a carbon tax in place, a recent study says “jobs and GDP will continue to grow as B.C. delivers on its climate commitments.”

The Canadian Taxpayers’ Federation is worried the plan might “reduce pollution”

#abgov says much carbon tax revenue “will be..reinvested into measures that reduce pollution,” Sounds like code for corporate welfare #ableg

But the oil companies say the “revenue generated from the new carbon pricing regime” will help develop “potentially game-changing greenhouse gas (GHG) reduction technologies” and added that “by demonstrating that Alberta is willing to lead the way with an ambitious climate plan, the province can become a preferred source for oil and create sustained wealth and jobs for future generations of Albertans and Canadians.”

The CTF isn’t opposed to wealth and jobs, is it?

After stepping away from Twitter and collecting his thoughts, Levant returned Sunday night with a new explanation for what’s happening.

The oil companies are clearly suffering from “Stockholm Syndrome”:

Popularly, ‘Stockholm Syndrome’ refers to situations where a hostage or prisoner falls in love with their captor, although it should be noted that the American Psychiatric Association does not recognize Stockholm Syndrome as a real thing that actually exists.