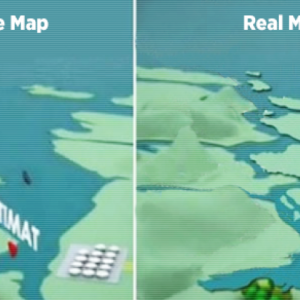 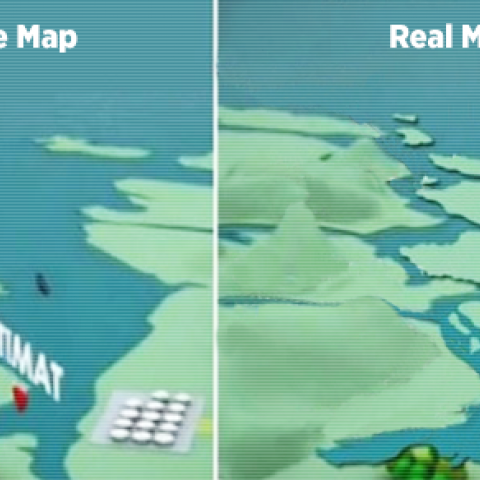 5 times Canadians were utterly misled about the Northern Gateway pipeline

Surprise! The Harper cabinet has given the Northern Gateway pipeline the go-ahead. After years of corporate campaigning and counter-protests, Enbridge’s multi-billion project will have to meet the 209 conditions laid out by a federal review panel last December, the federal government announced Tuesday. The approval could put B.C. Conservative seats on the endangered species list; Harper’s […]

Surprise! The Harper cabinet has given the Northern Gateway pipeline the go-ahead.

After years of corporate campaigning and counter-protests, Enbridge’s multi-billion project will have to meet the 209 conditions laid out by a federal review panel last December, the federal government announced Tuesday.

The approval could put B.C. Conservative seats on the endangered species list; Harper’s Alberta base must be happy, though.

What better time to take a trip down memory lane about Enbridge’s PR department’s most misleading blunders. Their friends around Harper’s cabinet table also made their fair share.

Here’s a recap of five of them.

In 2012, Enbridge launched an advertising blitz to portray the Northern Gateway pipeline in a low-risk, positive light.

One ad involved a bird’s-eye-view tour of the pipeline route hovering over a computer animated map. Okay so far. Who doesn’t like maps?

But observers were quick to point out that something wasn’t quite right with the animated tour over the Rockies, across mighty British Columbia, and finally reaching Kitimat on the Pacific Coast.

The Douglas Channel looked like a wide, open bay. Dozens of islands and narrow, twisting and turning passages no longer existed:

One of the main criticisms of Northern Gateway is that it would bring oil supertankers into narrow, difficult to navigate inland waterways full of hazards like shallow waters, jutting rocks, and pods of whales. But Enbridge thought the map on the left made their point better than the map on the right.

Here’s what the Douglas Channel supertanker route looks like on Google Earth:

2. The time 300 scientists told the government the report justifying Northern Gateway was based on “flawed” science

In particular, the scientists pointed to how the report had overemphasized economic benefits while minimizing the possibility of adverse environmental effects. Northern Gateway’s environmental burdens were reduced to only “five short paragraphs,” they pointed out.

By our analysis, the Canadian electorate received a ruling that is not balanced or defensible due to five major flaws. The Panel’s review:

For the Conservatives, this is not terribly out of character.

Just last week, the Conservatives published a Parliamentary report that came to absurd conclusions: the oil and gas industry has actually improved air and water quality and even extends human lifespans!

That fanciful report also appears to follow a pattern of cherry picking information and experts and limiting the scope of studies to only consider the benefits (and usually economic benefits) of oil and gas development.

Despite bragging that Northern Gateway would deploy “world-class environmental safeguards” (and usually layering this text over pictures of the same whales and pristine waters at risk in the event of an oil spill), it turns out that the backup plan for cleaning up an oil spill would rely on using chemical dispersants currently banned by the Department of Fisheries and Oceans.

The use of corexit, the Globe and Mail explains, would violate provisions in both the Fisheries Act and the Shipping Act. B.C.’s Environment Minister Mary Polak has already expressed reluctance to sign off on the “world-leading oil spill safety” plan.

Corexit was used in the aftermath of the massive 2010 BP Deepwater Horizon oil spill in the Gulf of Mexico. At that time, the Environmental Protection Agency ordered BP to use a “less toxic dispersent” to manage the clean up after adverse health effects were reported in humans and marine life.

4. The time Enbridge said Jim Prentice was winning over First Nations, and then First Nations were like “What? No, he isn’t.”

Levesque told CTV’s Robert Fife that Prentice had “helped open up a dialogue with many of those First Nations,” adding Enbridge was “committed to building on the progress that he made in the days and months ahead.”

When Fife asked Grand Chief Stewart Phillip, president of the Union of B.C. Chiefs, about Enbridge “opening a meaningful dialogue with B.C. First Nations,” Phillip said that “nothing could be further from the truth. In many ways, the Enbridge file is a case study in how not to engage First Nations people.”

“Mr. Prentice was [only] here for a short while,” Phillip added, “and in spite of donning the buckskin vest, so to speak, the opposition to Enbridge’s Northern Gateway pipeline proposal is deeply entrenched.”

5. The time Joe Oliver flipped out and accused everyone of being a ‘foreign radical’

In January 2012, Joe Oliver, Natural Resources Minister at the time, wrote an open letter to Canadians.

In it, he explained people with a “radical ideological agenda” using “funding from foreign special interest groups” were threatening to “undermine Canada’s national economic interest” and “highjack our regulatory system” by… showing up to express their concerns at the Northern Gateway environmental review committee?

Borrowing a page straight out of Joe McCarthy’s 1950s Cold War playbook, it seemed everyone who had concerns about Northern Gateway was now a Communist foreign radical opposed to a concerned Canadian.