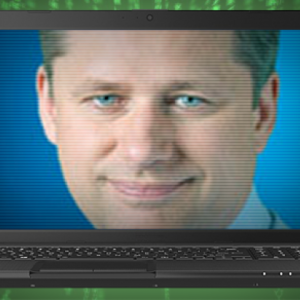 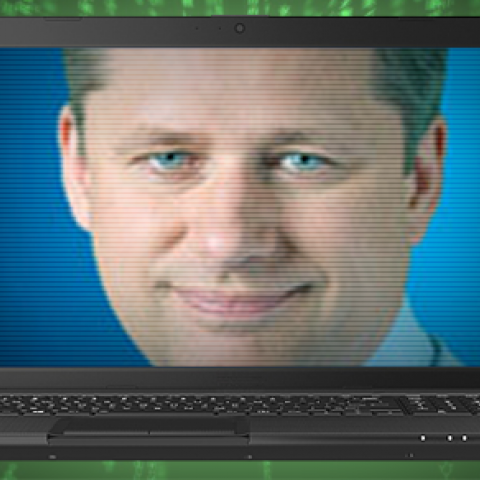 UPDATE: Stephen Harper unveiled his anti-terror legislation on Friday, Jan. 30. The 5 vital questions in our preview will remain central to the ongoing debate around the bill. Civil liberties vs. public safety. The tug-of-war debate will rear its head again in Parliament on Friday when the Conservatives are expected to introduce their new anti-terror legislation. Prime […]

UPDATE: Stephen Harper unveiled his anti-terror legislation on Friday, Jan. 30. The 5 vital questions in our preview will remain central to the ongoing debate around the bill.

The tug-of-war debate will rear its head again in Parliament on Friday when the Conservatives are expected to introduce their new anti-terror legislation.

The bill’s “measures are designed to help authorities stop planned attacks, get threats off our streets, criminalize the promotion of terrorism, and prevent terrorists from travelling and recruiting others.”

A joint statement by Canada’s privacy and information commissioners stated that “security is essential to maintaining our democratic rights” but called for a measured response that preserves “our democratic values.”

They called for an “evidence-based approach” on the granting of additional powers to law enforcement, effective oversight of any new tools, and an “open and transparent dialogue on whether new measures are required, and if so, on their nature, scope, and impact on rights and freedoms.”

Globe and Mail columnist Lawrence Martin recently argued that “we don’t want to see the country turned into a surveillance state.”

With that in mind, here are 5 key questions to consider when the legislation is unveiled:

1. Is freedom of expression under threat?

The bill is expected to include provisions that will make it illegal to encourage, support or “condone terrorist acts online.”

Critics and civil liberty advocates worry about their piggyback effect on other areas of free speech.

The Post notes there is already a provision in the Criminal Code for “hate propaganda,” which makes it unclear how any new legislation will work in tandem with existing laws.

Some critics worry about the definition of “terror” and “terrorist” and whether the legislation could be used to target groups opposed to government policies, such as an environmental group opposing a pipeline.

The bill is expected to make it easier for security agencies — and government departments — to obtain and share personal information previously protected under privacy laws.

This comes amidst ongoing concerns over spying provisions in the government’s cyberbullying bill, which was passed in October.

Personal data is a sensitive topic. For example, a 2014 Supreme Court ruling has not stopped law-enforcement agencies from making warrant-less requests for the personal data of Canadian telecom customers.

Michael Geist sums up the “ongoing concerns regarding the accountability and transparency of Canada’s security intelligence agencies” after the passing of Bill C-44, the Protection of Canada from Terrorists Act, also in October. The bill was intended to counteract earlier judicial rulings curtailing the powers of CSIS, Canada’s domestic intelligence agency.

In 2013, the National Energy Board, RCMP and CSIS coordinated to monitor and identify social media users associated with well-known advocacy groups in order to make “security plans” and “deter illegal activities” in advance of pipeline hearings.

So the big question is: how much further will the new legislation go on top of existing powers and practices?

3. What are the new tools for arrest, detention and surveillance?

Harper told the House in the fall that the legislation would provide law-enforcement agencies with “additional tools” – specifically in the areas of arrest, detention and surveillance.

The threshold for preventative detention without charge is expected to be lowered – at least partially through the new provision against supporting terrorist acts online.

The bill is also expected to ease the process for security forces to procure court-ordered peace bonds that can limit the movements and activities of national security targets, and to soften the grounds for preventative arrests.

Whether such new policing tools stand up to legal scrutiny remains to be seen, but cases like Maher Arar have already demonstrated their potential for misuse.

“How open to abuse might they be? Would they make it easier for a government with a long enemies list, one that has employed undercover sting operations, to target opponents, or to monitor and disrupt labour and environment movements?”

Experts, including the Canadian Bar Association, have noted that law enforcement agencies already have access to a wide variety of powers, including preventative detention under certain circumstances, under the 2013 anti-terrorism act.

Critics are likely to question parts of the new legislation if they overlap or push-the-envelope on existing measures.

“It’s just baffling to me that they would try this, the idea that it’s too hard to use these (existing powers) so therefore we need to lower the threshold,” Carmen Cheung, senior counsel at the civil liberties association, told the Citizen.

Senator Colin Kenney notes that eight pieces of anti-terror legislation have passed through Parliament since 2001, and argues more funding is required to meet the threat — not additional laws.

As the Globe’s Martin sums up:

“One can debate the pros and cons of such measures. There’s no easy answer. But are there not enough such powers already? Do we need a whole new slate?”

5. What are the working models for our legislation?

The Post’s John Ivison suggests the legislation is “likely to mirror laws” introduce in the U.K. after the 2005 London bombings — which were controversial and used infrequently. Among other things, the British law criminalizes “direct or indirect” encouragement of “the commission, preparation or instigation of terrorism.” The Citizen reports that the bill will contain a beefed up travel-restriction component (resembling one from Australia) — essentially preventing high-risk citizens from overseas travel with the intent of “hostile activity.”