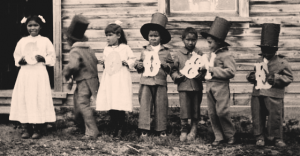 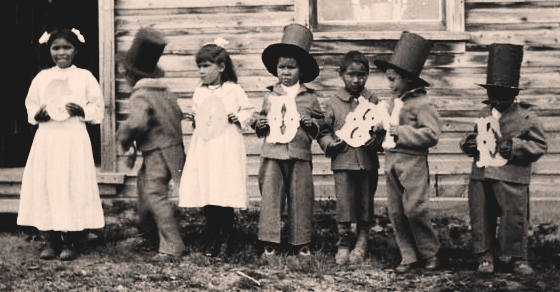 “One hundred years from now, our children’s children and their children must know and still remember this history, because they will inherit from us the responsibility of ensuring that it never happens again.”

That’s one conclusion contained in the Truth and Reconciliation Commission’s final report released on Tuesday, wrapping up six years of testimony from over 7,000 survivors and witnesses to Canada’s residential schools.

1. Why were there residential schools?

The TRC begins its report stating:

“the central goals of Canada’s Aboriginal policy were to eliminate Aboriginal governments; ignore Aboriginal rights; terminate the Treaties; and, through a process of assimilation, cause Aboriginal peoples to cease to exist as distinct legal, social, cultural, religious, and racial entities in Canada.”

Established in the 1880s under Prime Minister Sir John A MacDonald, the goal of the residential school system was to “civilize” Canada’s indigenous population (who were imagined as “savage”).

As Duncan Campbell Scott, the Deputy Superintendent General of the Department of Indian Affairs between 1913 and 1931 who administered the government’s assimilation policy, once noted:

“…the Government will in time reach the end of its responsibility as the Indians progress into civilization and finally disappear as a separate and distinct people, not by race extinction but by gradual assimilation with their fellow-citizens.”

Today, the Truth and Reconciliation Commission says this policy amounts to “cultural genocide.”

2. How many residential schools were there in Canada?

In the beginning, the program began with 69 schools but was eventually was expanded in the 1930s, reaching a total of 139 schools in the lifetime of the program with the final school closing in 1996.

Nearly two-thirds of Canada’s residential schools were operated by the Roman Catholic church.

3. How many people attended residential schools?

When the program started up in the 19th century, 1,110 students initially attended, but as the program was expanded in the early 20th century, over 150,000 First Nations, Métis and Inuit students would attend.

4. How many students died?

Over 6,000 students are known to have died. However, the full number may never be known.

Student deaths were so common, architects designing the schools actually planned for cemeteries to be incorporated into the design of the schools.

Even Duncan Campbell Scott noted in 1913 that, “it is quite within the mark to say that fifty per cent of the children who passed through these schools did not live to benefit from the education.”

31,970 sexual assault claims have been resolved by an independent assessment process, while another 5,995 claims are currently in progress.

However, these 37,965 claims only represent incidents of sexual assault that have already been reported by the approximately 80,000 residential school survivors.

The TRC observes that these assaults have led to intergenerational effects for survivors and their families:

“Sexual and physical abuse, as well as separation from families and communities, caused lasting trauma for many others. The effects of this trauma were often passed on to the children of the residential school Survivors and sometimes to their grandchildren.”