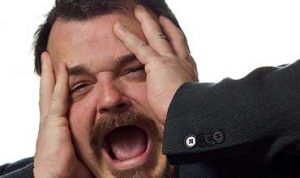 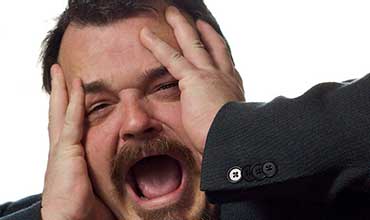 5 reasons people need to chill out over the Alberta budget

Relax, it's going to be okay.

The Alberta government dropped the province’s first NDP budget on Tuesday, and within minutes, some people think they’d witnessed the post-apocalyptic doom budget.

A higher corporate tax rate, the end of flat taxes, the cancellation of Progressive Conservative cuts to schools and hospitals. It’s practically a Russian outpost on the Prairies.

1. You don’t need to go out and empty the liquor store shelves

As of midnight on Wednesday, a 750 ml bottle of wine or hard liquor will cost 18 cents more and the price of a 12-pack of beer will go up an additional 21 cents.

Somehow, we think folks will get by.

2. What do you have against Norway?

In his budget speech, Finance Minister Joe Ceci brought up Norway as an example of another oil-rich jurisdiction that has managed its finances better.

Though right wingers are scoffing, Norwegian social democrats have proven to be much better fiscal managers than Alberta conservatives. Norway’s resource revenues go into a sovereign wealth fund. The total value of the fund is now about $1 trillion and Norway takes about $40 billion a year from it for government finances.

With these kind of numbers, wonder if the PCs would like a do-over after what they squandered during their 44-year reign.

The trouble with this line of argument is that Alberta has very low taxes when compared to other provinces, and the new tax regime will simply bring it towards a more balanced taxation.

In 2014, Albertans paid $11.6 billion less in taxes compared to British Columbians, the next-lowest-taxing province, and a whopping $24 billion less than Nova Scotians.

And would higher corporate or income taxes kill the economy, as conservatives like to claim? Hardly.

That’s because the revenue they generate will get reinvested in things like, you know, schools and hospitals, which in turn creates jobs. At the federal level, cutting the corporate tax rate has failed to stimulate investment and has encouraged corporations to hold back billions in piles of “dead money”.

Even the deputy chief economist of the Conference Board of Canada agrees that far more jobs are created by government spending than by corporate tax reductions.

In other words, modest tax increases and investment will be good for Alberta’s struggling economy.

4. The “largest deficit in Alberta’s history”? Not exactly.

At $6.1 billion, Alberta projected deficit will indeed be bigger than the $4 billion one tabled by Don Getty’s government in 1986.

Even if this weren’t the case, the Alberta government badly needs to raise new revenues to pay for the services its citizens expect. The Parkland Institute explains:

“The Alberta government needs to raise income tax rates not only to support current public expenditures and to stabilize the province’s revenues, it also needs to address fairness by bringing back a strongly progressive rate structure in order to shift the tax burden on to those most able to pay, and simultaneously improve the equality of after-tax income.”

The alternative would be deep cuts to public services like health care, like those proposed by the province’s previous Premier.

Remember when he was shown the door?