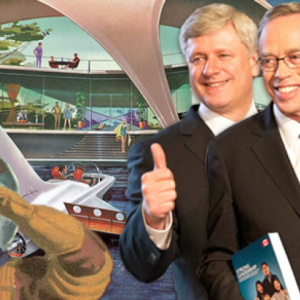 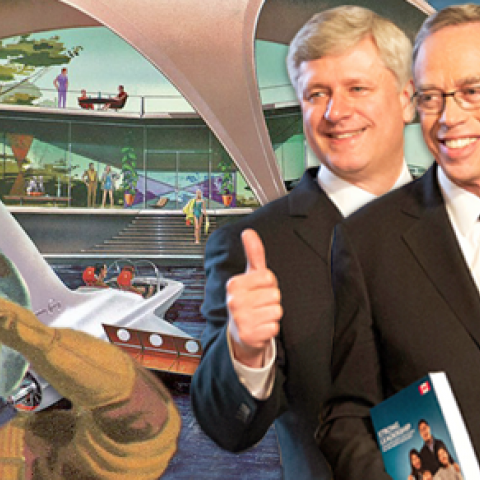 Carpe diem! We knew Bay Street types can only see one quarter at a time — but does Finance Minister Joe Oliver even care about the future? When asked by CBC’s Amanda Lang Tuesday night if his budget was saddling future governments without revenues to solve future problems by doubling the contribution limit of Tax-Free […]

We knew Bay Street types can only see one quarter at a time — but does Finance Minister Joe Oliver even care about the future?

When asked by CBC’s Amanda Lang Tuesday night if his budget was saddling future governments without revenues to solve future problems by doubling the contribution limit of Tax-Free Savings Accounts, Oliver said “why don’t we leave that to Prime Minister Stephen Harper’s granddaughter to solve”:

Oliver was responding to a problem raised by two separate reports recently published by the Broadbent Institute and the Parliamentary Budget Office.

Both concluded that the doubling of TFSA contribution limits — a key plank in this week’s federal budget — would shift billions from tax revenues into the pockets of the well-off. Already, the existing TFSA program with the lower limit is projected to cost the federal government up to $15.5 billion annually when it matures by 2050.

So what other problems do we need to wait for Stephen Harper’s as-of-yet unborn granddaughter to fix?

Canada doesn’t actually have a spending problem — it has a massive revenue problem.

In Tuesday’s budget speech, Oliver bragged how the Conservatives have “cut taxes to their lowest level in more than half a century.” Oliver seems convinced spending billions on tax giveways (that have mainly benefitted the wealthy) is a good thing, but in reality it renders Canada powerless to solve (or even control) many of the nation’s most important social and economic problems: What will the climate be like for Stephen Harper’s granddaughter?

Yet Harper’s Conservatives have “the worst climate change record in the industrialized world” and he has called the idea of curbing greenhouse gas emissions a “crazy economic policy.” Hope his granddaughter learns how to snorkle.

A recent TD Bank report said “Canada has experienced a significant rise in inequality over the past several decades” and now poses a “threat to economic growth and long-term prosperity.”

Thankfully, Oliver’s new budget nips inequality in the bud after all those years boosting inequality, right? Well, no. The 2015 budget will see billions flow to the wealthiest Canadians while the majority of Canadians see little to no benefit at all — making the problem worse.

We know Canada is facing a crisis with its aging population — and four out of five baby boomers are worried about the quality of health care as they reach old age.

To address this problem, the Harper government unilaterally changed the way provinces receive funding for health care (giving them $36 billion less between 2017 to 2027). Under Harper, the federal government’s share of health spending will nosedive from 20% to below 12% in the next few decades.

Thankfully, Stephen Harper’s granddaughter will have two extra years to solve all these problems — the Conservatives raised the retirement age from 65 to 67 for everybody’s grandkids (as well as for everyone who was younger than 54 in 2012).

While his granddaughter could do much to solve Canada’s looming pension crisis by expanding the Canada Pension Plan, the Conservatives seem much happier to “pit Canadians against each other by promoting target benefit plans as the solution to all our retirement woes.”