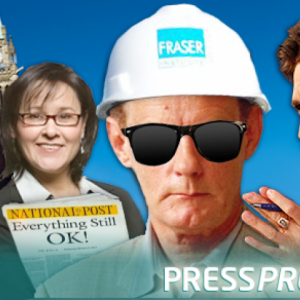 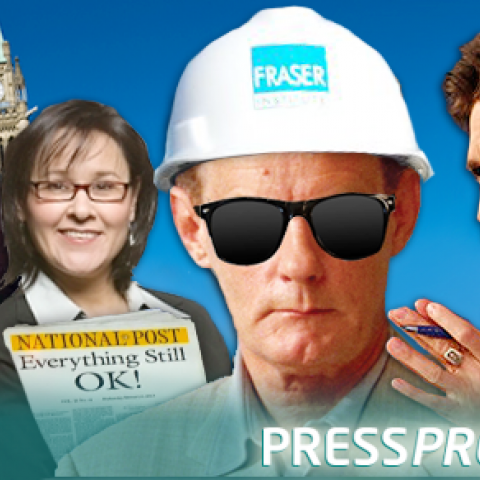 With our first full year behind us, we count down our top 5 posts that made a difference in 2014. These original stories helped shape both the news stories and political conversations. Kinder Morgan says oil spills can be good for the economy   We put Kinder Morgan in the media hot seat — both north and […]

With our first full year behind us, we count down our top 5 posts that made a difference in 2014. These original stories helped shape both the news stories and political conversations.

Kinder Morgan says oil spills can be good for the economy

We put Kinder Morgan in the media hot seat — both north and south of the border.

We were first to report on Kinder Morgan’s novel concept that oil spills can have a positive spin-off: they create “business and employment opportunities.” That was from a 15,000 page application Kinder Morgan submitted to the National Energy Board for the Trans Mountain Expansion Project.

In a section of the application dedicated to the risks and effects associated with oil tanker traffic and the possibility of oil spills, Kinder Morgan found that “spills can have both positive and negative effects.” In particular, “spill response and clean-up creates business and employment opportunities for affected communities, regions, and clean-up service providers.”

The story was picked up by a cross-section of Canadian media and even ended up lighting up MSNBC’s Rachel Maddow:

We were the first to report the Justice Minister palling around and celebrating “freedom” with the National Firearms Association, Canada’s version of the National Rifle Association in the United States.

The FNA posted an Instagram-filtered snapshot of Canada’s Justice Minister to the group’s Facebook page. A smiling MacKay wore an NFA T-shirt with the group’s logo and slogan: a silhouette of a rifle that appears to have gotten itself lodged into a maple leaf with the slogan “no compromise,” echoing the rhetoric of the NRA.

The photo was accompanied by a caption that read: “PETER MCKAY [sic] BELIEVES IN FREEDOM!”

We wondered if the Justice Minister was aware that the group wants Canada’s Firearms Act and related statutes repealed (advertised on their Facebook page), or that the group thinks citizens should be able to be armed — just like the police.

The story became national news, which attracted the wrath of Brian Lilley at Sun News. According to Lilley, we had given “marching orders” to Canada’s “Media Party.” Leona Aglukkaq caught with her nose in a newspaper

While facing serious questions about the price of food in Canada’s North during Question period, we were the first to spot our Environment Minister reading a newspaper — instead of doing her job (i.e. listening and being accountable).

The story took on a life of its own and Aglukkaq was forced to apologize. She was even pushed into giving a damage control interview to the CBC, which led to more trouble.

CBC “tightened procedures” for the paid speaking gigs of on-air personalities after PressProgress broke a story about Rex Murphy’s cozy relationship as a frequent keynote speaker for the gas and oil sector.

General Manager and Editor in Chief Jennifer Maguire, writing on her blog, said CBC News reviewed its policies on transparency and conflicts of interest for paid speeches, and determined better disclosure was required. That means all speaking appearances of CBC on-air personalities — both employees like Peter Mansbridge and freelancers like Murphy — are now posted to the CBC’s website.

The CBC launched the review after PressProgress reported that oil and gas companies had booked Murphy as a paid speaker 25 times since 2009 while regularly railing against environmentalists on CBC’s flagship newscast The National.

Further, CBC on-air employees will now be banned from delivering paid speeches to groups that “make a significant effort to lobby or otherwise influence public policy.” Until now, staffers like Peter Mansbridge could speak to organizations like Canadian Association of Petroleum Producers even though they actively try influence public policy, so long as the content of the speech was neutral.

But freelancers like Murphy, who also hosts CBC Radio’s weekly Cross Country Checkup show, will continue to have free reign to deliverpaid speeches to anyone. Murphy won’t have to disclose any speeches to Big Oil before an on-air rant, but at least viewers will now be able to look up his speaking engagements on the CBC website. We didn’t get a Christmas card from the Fraser Institute this year.

The right-wing think tank closed its online mining survey on Sept. 24 after we broke the news that its annual survey, billed as a poll of mining companies, was fully open to the public.

Thanks to the Internet, ordinary Canadians (temporarily) had the opportunity to join in and add to the “data-driven” institute’s data set right from the comfort of their own home.  The survey aimed to represent the views of “exploration, development, and other mining related companies around the world” — and was part of “an attempt to assess how mineral endowments and public policy factors such as taxation and regulatory uncertainty affect exploration investment,” according to last year’s survey preamble.

We walked people through just how easy it was for PressProgress to fill out the mining survey as an owner of their own faux mining company.