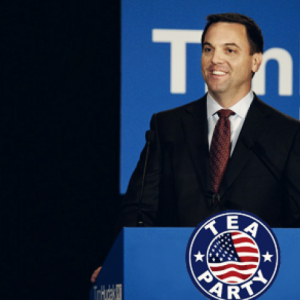 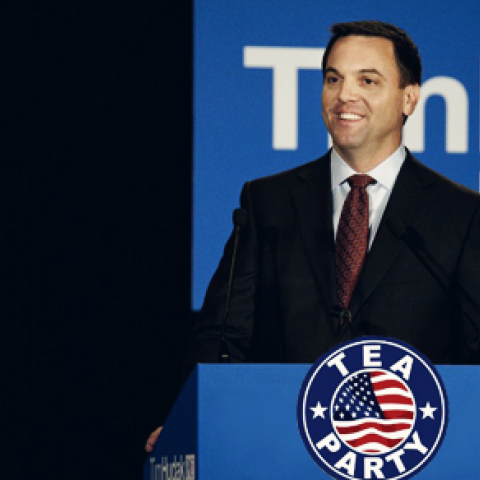 Tim Hudak’s mystery economist behind his one million jobs plan has finally been revealed: Benjamin Zycher! Don’t fret if his name is unfamiliar; not many people in Canada have heard of him either. So here are five things you need to know about Zycher: 1. He works at the American Tea Party think-tank funded by […]

Tim Hudak’s mystery economist behind his one million jobs plan has finally been revealed: Benjamin Zycher!

Don’t fret if his name is unfamiliar; not many people in Canada have heard of him either. So here are five things you need to know about Zycher:

1. He works at the American Tea Party think-tank funded by the Koch brothers

This is how Sun News (!) summed up Zycher’s biography:

“Zycher is a resident scholar at the American Enterprise Institute, a Washington D.C.-based conservative think-tank [that] receives funding from billionaire Tea Party supporters the Koch Brothers.”

And according to his AEI bio, Zycher is the American Tea Party’s point man on “energy and environmental policy.” He does so by attacking climate science and denouncing Earth Day, among other topics.

In September 2013, Zycher was the lead author of a report published by the right-wing think tank that makes the case for American-style, anti-union “right to work” laws in British Columbia and Ontario; he wants to “prohibit collective bargaining agreements between employers and unions from forcing workers represented by a union to pay dues for its representation.”

Zycher, drawing on American surveys of “right to work” states, claimed that gutting unions would create 56,000 jobs in Ontario and boost GDP by $11 billion.

The problem? His ideological report is riddled with problems and contradicts neutral academic studies in the U.S, which do not show manufacturing job gains in “right to work” states. Other non-ideological surveys of the economic literature also conclude that the capacity of unions to reduce low pay and inequality does not come at a significant economic price, Broadbent Institute senior policy advisor Andrew Jackson noted.

“Tim Hudak, Ontario’s Progressive Conservative leader, boldly started a conversation about fundamental reform of labour regulations,” Zycher wrote on February 25, 2014. “He recently, and nearly as boldly, walked back from such commitments, largely out of political necessity.”

And yet Hudak is now using him as the “expert” endorsing his economic policies?

In February 2012, during a speech promoting his book about renewable technologies, Zycher claimed the cost of solar power had risen 63% since 2001. It was quickly pointed out that “some of his math mistakes have introduced errors that are off by a factor of 100,” and that’s according to the Lawrence Berkeley National Laboratory.

And on another occasion, the American Wind Energy Association went out of their way to respond to “the flaws in Mr. Zycher’s math” in a report they say made “numerous serious errors in an attempt to argue that renewable energy will increase electricity costs for Californians.”

Note that Hudak is actively campaigning against renewable energies like wind and solar.

5. He said Michelle Obama only graduated university because she’s black

In a 2009 article for the American conservative magazine National Review, Zycher attacked FLOTUS in an article titled “Woman of Substance”: