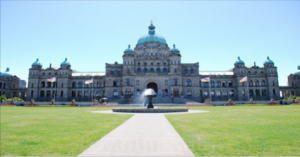 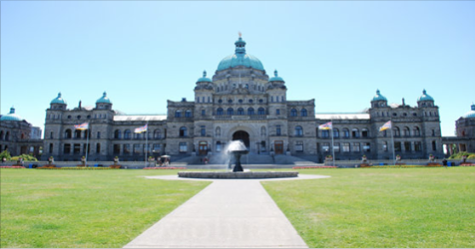 5 big, progressive changes on the way in BC

It's BC's first new government in 16 years, and there's a lot for progressives to look forward to.

After 16 years, change has finally come to British Columbia.

BREAKING – We are about to have a new premier of British Columbia it looks like. #BCPoli

Nearly 40% of those elected in May are women ‒ a BC first and the highest share in any province ‒ and the new legislature also contains a record number of indigenous MLAs.

From environmental policy to campaign finance reform the NDP-Green partnership ‒ the first of its kind in North America ‒ is set to break with the past 16 years and shake up the way things are done in BC.

Here are five big changes progressives can look forward to in the months and years ahead:

1) Getting big money out of politics once and for all

Thanks to BC’s “wild west” of campaign financing, corporate money seemed to be omnipresent in Christy Clark’s government.

A report released by Integrity BC showed that the top 177 BC Liberal donors received $15 billion in contracts, subsidies and other special favours from the BC Government over the last decade. The Liberals took in a whopping $55 million ‒ more than double what the province’s other major parties have taken in ‒ from these donors alone.

Clark’s Liberals have also received a significant number of donations from sources outside of BC.

Both the Greens and NDP have been sharply critical of Clark’s cash-for-access fundraising, and are committed to an outright ban on both corporate and union donations as well as donations from non-residents of BC.

Thanks to a heel dragging by the BC Liberals, the province’s minimum wage was frozen at $8/hr for a full decade before gradually rising to $10.85/hr in 2016. It is currently among the lowest of any province in Canada.

The new government is pledged to create a Fair Wages Commission tasked with “establishing a pathway to a minimum wage of at least $15 per hour and overseeing regular rate reviews”.

Having convened a panel of experts to make recommendations on environmental policy, Christy Clark did not accept in full a single one of the 32 recommendations they put forward.

(Several of those experts were so unimpressed they even vented their frustrations publicly.)

The NDP-Green agreement commits the new government to accepting and enacting the recommendations of the Climate Leadership Team and instituting a $5-per-tonne-per-year increase to the provincial carbon tax, starting April 1, 2018.

Housing costs in metro Vancouver have skyrocketed over the last decade, with the cost of a detached home jumping by a factor of 19 relative to the median household income and condo prices rising by a factor of six.

The NDP has committed to taxing housing speculation and creating 11,400 new affordable housing units each year for a decade.

The NDP has pledged $1.5 billion per year over the next decade to ensure $10 per day childcare will be available for families acrss BC.