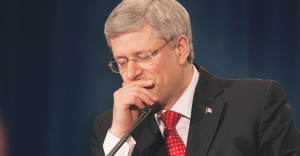 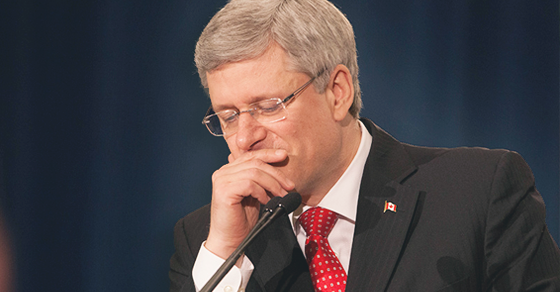 But you may not have heard that Canada’s former Prime Minister is going into the consulting business. Just before Christmas, he incorporated Harper and Associates Consulting Limited. He is the sole director.

Though it remains unclear what exactly Harper plans to consult on, here are a few ideas on where he can apply his expertise.

Harper’s antennae are so finely tuned that he hired this guy as his chief ethics spokesperson.

On the subject of democracy, Harper’s expertise is unrivaled.

He did, after all, literally run away from Parliament in order to hold onto power and then exploit the same tactic a year later out of sheer political convenience.

Then there were his various whacks at Elections Canada, his interference with the supposedly “non-partisan” Senate, and his attempts to take away power and influence from the opposition. One of his first clients could be the authors of Motion 6.

Don’t ask him to help you actually build any, but if you want advice on how to cheerlead for pipelines, Harper is your guy!

In Harper’s defence, he did seem really, really keen to ensure pipelines got built.

During his government’s tenure, the National Energy Board coordinated with the RCMP and CSIS, Canada’s spy agency, to monitor several advocacy groups critical of the Northern Gateway and Kinder Morgan pipelines

Incidentally, it was during Harper’s time in office that the NEB, the arms-length regulator of Canada’s energy sector, was described as a “farce,” “clearly biased,” “not objective” and “Kafkaesque” by the former head of BC Hydro.

Harper also insinuated that two opposition MPs were treasonous for travelling to Washington with a critical message about the proposed Keystone XL pipeline.

In government, Harper set a new standard for labour relations.

His government’s infamous “union disclosure bill” would have required unions to disclose any spending of $5,000 or more and any salary of more than $100,000 to Revenue Canada, before having it entered into a publicly searchable database.

And don’t forget Bill C-10, which imposed salary caps on raises for federal employees, prohibited increases like allowances and bonuses, and stripped public sector unions of the right to file pay equity complaints with the Human Rights Commission.

Clearly if you’re an employer looking to fix relations with your workers, Harper is the man you should talk to.