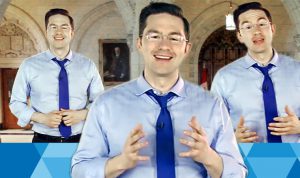 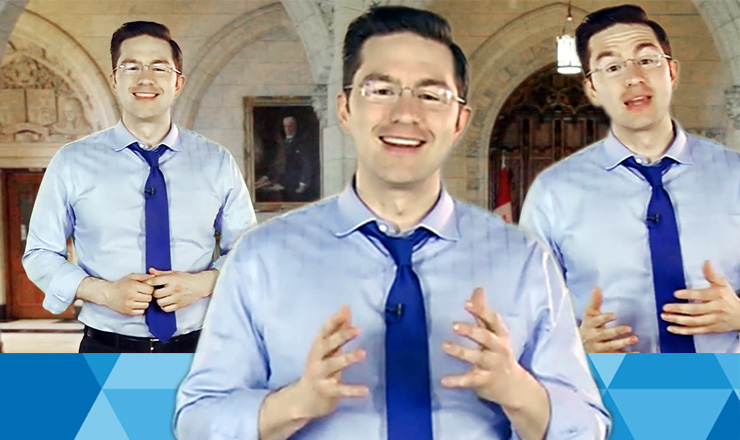 Pierre Poilievre is making movies! We have three sequel ideas.

Even his “crew” is made up public servants being paid overtime by taxpayers, part of long tradition with the Harper government of blurring partisan politics with non-partisan public service activities.

Poilievre is making “no apologies” for his videos or for his grandiose choice in theme song (see here, here and here).

So could more be on the way?

If Poilievre, “Skippy” to his friends, is going to stay in the Conservative movie business, we have three things we’d like to see him try to explain:

1. Why he wants to make it harder for Canadians to vote Poilievre made headlines as Minister for Democratic Reform for his so-called “Fair Elections Act” — the one condemned by hundreds of academics and legal experts for disenfranchising voters.

In defending his unpopular and dangerous legislation last year, Poilievre pointed to the threat of fraud — frequently referencing a report by Harry Neufeld, an expect hired by Elections Canada to investigate alleged problems in the Toronto riding of Etobicoke Centre in 2011.

The only problem? Two of the report’s key recommendations — simplified paperwork and Voter Information Cards — were ignored in Poilievre’s legislation.

Neufeld isn’t impressed and says tens of thousands of otherwise eligible voters are likely to face problems when they go to cast a ballot.

Maybe Poilievre can get behind a camera to explain his “terrific” Unfair Elections Act?

2. Why the feds are plundering EI and hurting the unemployed The proportion of unemployed workers eligible for Employment Insurance has fallen well below 40% — in part thanks to Conservative changes that have forced those deemed “frequent claimants” to accept jobs at just 70% of their previous wage after a six-week job search.

And because the 2015 federal budget wasn’t quite balanced with operating revenues, the Conservatives raided $1.8 billion in surplus funds paid for by workers from the Employment Insurance fund.

We know that math is hard, but maybe Poilievre can use his newfound acting chops to explain why the government decided to balance the books on the backs of the unemployed?

3. Why he thinks a baby bonus is a national childcare program We know from the movies he’s already made that the Employment Minister loves the Conservatives’ baby bonus program, also known as the Universal Child Care Benefit.

And the UCCB doesn’t actually add any desperately needed daycare spaces, even though we know four out of five Canadian kidsunder six don’t have access to regulated childcare.

Economist Pierre Fortin even found that childcare is good for the economy and pays for itself: for every dollar Quebec spends on childcare, $1.75 is returned to the economy.

With any luck, maybe Poilievre will use his next cinematic appearance to explain all of this to mom and dad?