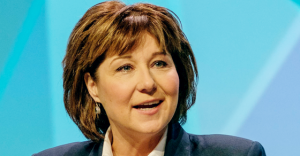 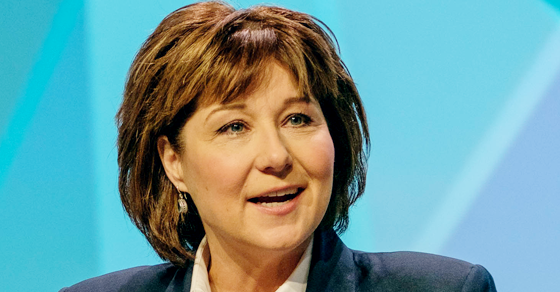 When it comes to the economy,Christy Clark excels at misleading the public with exaggerated numbers, fuzzy math and making stuff up to sound like she's doing just great.

Anyone else notice a pattern?

Over the years, BC Liberal leader Christy Clark has been forced to apologize for misleading the public about non-existent RCMP investigations and she also apologized for accusing non-existent NDP hackers of downloading publicly available documents from her website.

One time, Clark even cited a poll about a national park that did not exist.

But when it comes to the economy, that’s where Clark really excels at misleading the public with exaggerated numbers, fuzzy math and making stuff up to sound like she’s doing just great.

Here are 20 quick examples to illustrate the point:

1. Christy Clark made stuff up about BC having the lowest middle class taxes

During last week’s BC leadership debate, Christy Clark repeatedly claimed BC has the “lowest middle class taxes in the country.”

2. Christy Clark made stuff up about BC leading “the country in job creation”

Back in 2013, Clark took credit for leading “the country in jobs creation.”

Except a closer look at BC’s rate of job growth showed the province was actually ninth overall – the second worst job creation record in Canada.

3. Christy Clark made stuff up in a TV ads about jobs

Last year, the BC Liberals blanketed the airwaves with an ad celebrating their record on jobs.

Only problem? When the ad was released, BC had just lost 20,000 full-time jobs. The ad “strayed further from the truth than a Donald Trump speech,” one columnist noted.

4. Christy Clark made stuff up about “good paying jobs”

Data from Statistics Canada shows that of the 72,000 new jobs created in 2016, more than half were part-time. BC now has the largest share of part-time workers of any province in Canada.

5. Christy Clark made stuff up about BC’s job situation

Despite the impression Clark creates on BC’s job situation, in reality, a high number of jobs created since 2011 have been part-time jobs in urban areas – at the same time, other regions in the province have seen the number of jobs decrease.

“In some regions, like the north and Interior, the total number of jobs that exist today are lower than the number of jobs before the (2008-09) recession,” notes CCPA senior economist Iglika Ivanova.

6. Christy Clark made stuff up suggesting a year is 13 months long

To arrive at that number, Clark included 13 months of data to exaggerate her yearly job creation record. On Earth, years are typically only 12 months long.

7. Christy Clark made stuff up about “controlling government spending”

In TV ads last fall, Clark claimed “controlling government spending is really the foundation, is the bedrock of what we’re trying to do.”

Except as The Tyee’s Bill Tieleman points out:

8. Christy Clark made stuff up about creating $1 trillion in economic activity

“It’s no fantasy!” claimed the 2013 BC Liberal election platform, explaining how Clark’s government would generate $1 trillion in economic activity and create more than 100,000 jobs.

After the election, four pages of jobs data vanished from a report published by Clark’s Labour Ministry. And four years later, Clark’s dream of a $1 trillion LNG industry and 100,000 never made the leap from “fantasy” to reality.

Speaking of Clark’s dream of creating 100,000 LNG jobs, as it turns out, even estimates from the industry’s proponents showed that at best it would only create jobs for 200 to 300 full-time permanent workers.

10. Christy Clark’s finance minister made stuff up about the NDP platform

BC Liberal Finance Minister Mike de Jong recently held a train wreck of a press conference after reporters asked him why he was attacking the NDP for things they never promised and never included in their platform.

Clark’s finance whiz continued to self-destruct when reporters pointed out that one of the positions de Jong was attacking the NDP over was actually the same position the BC Liberals had previously proposed.

11. Christy Clark made stuff up taking credit for the economy

It sometimes seems like Christy Clark is taking credit for every job she sees.

But according to a number of economists, the way Clark is taking credit for the economy is misleading since much of the province’s job growth in 2017 has been the result of external forces unrelated to the Premier’s control.

12. Christy Clark made stuff up about preparing kids for the digital economy

In an effort to show the province was preparing for the economy of the future, Clark announced that every child in the province would learn how to code, proudly declaring “BC is the first jurisdiction in North America to require coding in classrooms.”

Well, Clark’s Education Minister Mike Bernier later told the Vancouver Sun that there is “no additional money coming from the province” to actually support any kind of coding program, leading the Sun to conclude Clark’s pledge was yet another “alternative fact.”

13. Christy Clark made stuff up about creating 10,000 forestry jobs

In Clark’s first year as Premier, her government boasted they had re-opened 27 mills and created 10,000 forestry jobs since 2009.

The trouble with that claim is only 24 mills had opened, not 27, while an additional 23 mills had closed – a slight exaggeration. Data also showed the true number of jobs created was fewer than half of what Clark’s government claimed.

14. Clark’s government made stuff up about the deficit

According to BC’s Auditor-General, the deficit was half-a-billion dollars bigger than Clark’s government said it was.

15. Christy Clark made stuff up about balancing the budget

During a 2013 radio interview, Clark repeatedly insisted she had “balanced the budget.”

But as the National Post pointed out at the time:

“We have balanced the budget,” Ms. Clark insisted, once again. Not really. B.C.’s latest budget, like all government budgets presented at the start of a fiscal year, is just a document based on assumptions. It’s a “plan,” and a “forecast,” but not, as the premier tried to suggest, an achievement.

Her government’s 2013-14 budget forecasts a surplus by the fiscal year’s end. But the plan has yet to be even implemented.”

16. Christy Clark made stuff up about a global credit agency

When Clark was confronted about her false claims about balancing the budget, Clark suggested the global credit agency Moody’s was backing her up.

“Go ask Moody’s,” Clark said. “Moody’s is a debt rating agency that works all over the world and looks at everybody’s budgets and decides whether or not those budgets are balanced. They said [the February budget] was balanced.”

Moody’s did not say that.

Clark also falsely claimed Moody’s had “said they are concerned if the government changes, that we are going to have a financial mess again in this province, based on what they saw in the 1990s.”

Moody’s did not say that either.

17. Christy Clark made up 3 different estimates in 3 days

How much is the BC government spending to combat fentanyl overdoses? That depends which day you ask the question.

Asked late last year, Clark said it was more than $10 million. The next day? $15 million. By Thursday, her estimate had nearly tripled.

18. Christy Clark made stuff up about how she “helped” BC’s housing market

In advance of this year’s provincial election, Clark’s government introduced a plan to make it easier for first-time home buyers to enter the housing market by using public funds to match down payments of up to $37,500.

Clark suggested that because “the market was incredibly overheated” and “distorted,” this policy may have “helped slow that down,” adding “that’s good.”

If that was Clark’s goal, experts have widely panned the plan with some experts suggesting it will “add fuel to BC’s hottest housing market.”

19. Christy Clark’s government made stuff up about BC’s natural resources

How bountiful are BC’s of natural riches?

But according to a report from a former Natural Resources Canada expert, Clark’s government exaggerated the size of the buried treasure by quite a bit. The actual amount of natural gas is estimated at one sixty-fifth what Clark’s government claimed it was.

But please don’t get the impression that Clark compulsively makes stuff up all the time – every now and then she’ll surprise you and tell the truth.

Even though she goes out of her way to portray herself as the only person who understands the economy, Clark admitted in January that she failed to meet her own job targets.

“Very unexpected things can happen. There is a lot of risk out there,” Clark told a press conference, before making up a new set of targets and talking about her “great successes.”