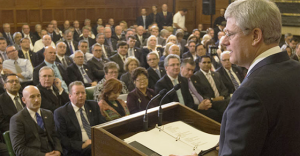 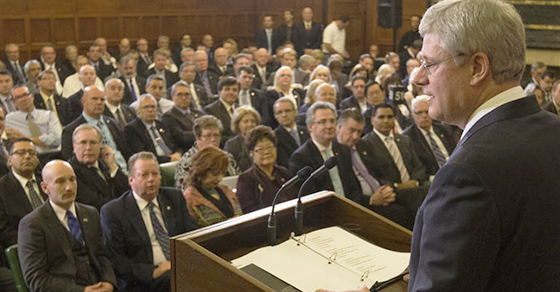 Kick off summer vacation by breaking down the saddest, most sigh-inducing numbers that the 41st Parliament produced in 2015.

Parliament is set to break for the summer this week before gearing up for the election in October.

And what better way to kick off a summer vacation than by breaking down the saddest, most sigh-inducing numbers that the 41st Parliament produced in 2015:

Number of Canadians who have petitioned the government to kill Bill C-51.

Although that number doesn’t include 4 former Conservative and Liberal Prime Ministers, an organization representing 36,000 lawyers, 100 law professors, 60 Canadian business leaders and 12 provincial and territorial Privacy Commissioners (that’s all of them … except for New Brunswick) who’ve all warned C-51 is an exceptionally bad piece of legislation.

Number of statements made by Conservative MPs in the House of Commons containing the word “terrorist”  — working out to an average of just under 6 mentions per day in the House.

Number of Conservative MPs who voted against bringing back the long-form census.

Percentage of sitting days that Stephen Harper was absent from the House of Commons, the most of any party leader.

Number of MPs in Stephen Harper’s cabinet, tied for the largest in Canadian history. So much for that “small government”.

*UPDATE: Industry Minister James Moore has now decided to bow out too.

Number of Senators whose expenses will be reviewed by the RCMP.

Milestone number of times the Conservatives have shut down debate since the 2011 election. And Conservative House Leader Peter Van Loan has said “not more than one further sitting day shall be allotted” 14 times since the start of 2015 alone.

Number of days Conservative MP Laurie Hawn managed to live on $1.75 a day before binging on steak, prawns and red wine.

Number of the 94 recommendations made by the Truth and Reconciliation Commission of Canada that Stephen Harper has agreed to implement.

Number of Aboriginal Affairs Ministers who chose to remain seated during an emotional standing ovation after Justice Murray Sinclair, Chair of the Truth and Reconciliation Commission, called for a national inquiry into missing and murdered indigenous women: