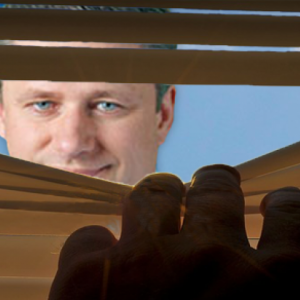 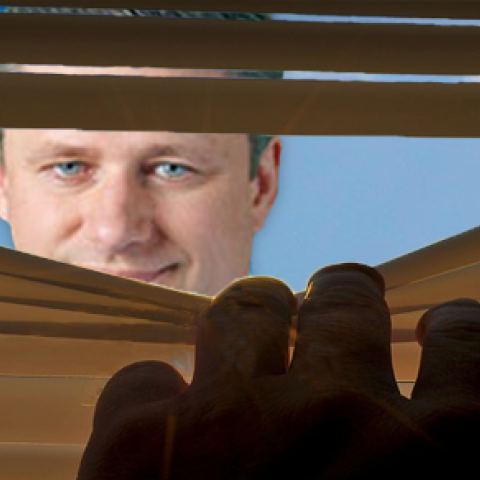 Canadians’ privacy is in the spotlight after Stephen Harper’s controversial pick to be the country’s next privacy watchdog arrived on Parliament Hill on Tuesday amid a growing chorus of critics of the government’s latest snooping bill, C-13. Here are 10 things you need to know about why alarm bells are going off: 1. C-13 opens […]

Canadians’ privacy is in the spotlight after Stephen Harper’s controversial pick to be the country’s next privacy watchdog arrived on Parliament Hill on Tuesday amid a growing chorus of critics of the government’s latest snooping bill, C-13.

Here are 10 things you need to know about why alarm bells are going off:

1. C-13 opens the floodgates to telecom companies giving your private info to the government  — and you’ll never even know it

“Bill C-13 in its current form provides telecom companies who hand over sensitive private information about innocent Canadians with absolute immunity from criminal and civil liability.

Recent revelations show that government agencies made 1.2 million requests for customer data from telecom companies in just one year, and that the companies apparently voluntarily complied with these requests most of the time.

After learning of this, Canadians are increasingly calling for stronger safeguards against warrantless access to our private information, in contrast to the weakening of safeguards proposed in C-13….

Canadians find it troubling that Bill C-13 makes little effort to keep government agencies transparent and accountable. Most shockingly, there is no requirement that officials notify those innocent Canadians who have had their data stored in government databases.”

2. Bill uses cyberbullying as an excuse to access information on your phones and computers without a warrant

“If at first you don’t succeed, try, try, try again. Perhaps that’s the federal government’s motto regarding Bill C-13 — the Protecting Canadians from Online Crime Act. It represents yet another attempt by this government to pass legislation that will open the door to undue state intrusion.

The currently proposed legislation is a more palatable but still troubling restatement of the unpopular Bill C-30 — the Protecting Children from Internet Predators Act. That bill, tabled in February 2012, mentioned neither children nor predators and was likely so-named only to sway the public toward accepting the legislation. It attempted to do precious little of what its title purported, mostly dealing with giving the police new powers — including making it mandatory for Internet service providers to disclose subscriber information to police without court oversight….

With Bill C-13, the government is at it again.

Debate around Bill C-13 has cast it as dealing with cyberbullying — especially relevant after the tragic stories of Amanda Todd and Rehtaeh Parsons. The cyberbullying label is less disingenuous than the previous legislation’s title — Bill C-13 does make it illegal to distribute intimate images without consent. But just like Bill C-30, it deals with far more. Of the 60 plus pages in Bill C-13, the majority grant new powers to police and do not deal with cyberbullying.”

3. Even Amanda Todd’s mother thinks the bill goes beyond its stated goal of addressing cyberbullying

“‘I am concerned about some of the other unrelated provisions that have been added to the bill in the name of Amanda, Rehtaeh (Parsons), and all of the children lost to cyberbullying attacks,’ Todd told a House of Commons committee Tuesday.

‘I don’t want to see our children victimized again by losing privacy rights.’

Todd called on the Conservatives to split the cyberbullying element from the larger bill.

‘If there’s any way we can separate these controversial provisions from the law designed to help other Canadians avoid the pain experienced by Rehtaeh and my Amanda, I would support that process.'”

4. Conservatives are actually trying to make a case for letting police go on “fishing expeditions” into our phones and computers just to make sure we’re not up to anything that would make their “spidey sense” go off

‘As a police officer, my Spidey Senses … are the one and only thing that will allow me to move forward in an investigation that will potentially bring forward information,’ Wilks said.

He was interrupting defence lawyer Michael Spratt, who was arguing that the federal government shouldn’t be giving powers that allow police to go on ‘fishing expeditions.’…

The bill also removes language requiring that data be requested only under the auspices of an investigation. Now all you need is a tingling in your Spidey Sense and a phone.

‘What’s the harm?’ wondered the parliamentary secretary to the minister of justice, Bob Dechert.

‘The harm is done when the Charter is breached,’ Spratt responded.”

5. The new law is so flawed it would actually let Rob Ford see what you’re up to on your phone or computer. And to answer your next question: yes, Seriously

“A wide-ranging new federal bill that will allow Internet and cellphone providers to hand over your personal data without a warrant has privacy advocates concerned about just how many officials will have access to that information, a list that could range from CSIS agents to Toronto Mayor Rob Ford.

When passed, Tory bill C-13 will mean that any ‘public officer’ or ‘peace officer’ can request, obtain and use data that has been voluntarily provided to them by telecommunication companies, and it spells out legal immunity for any company that co-operates.

The officers obtaining that data can be anything from tax agents to sheriffs, reeves, justices of the peace, CSIS agents, and even, yes, mayors.”

And if that’s not bad enough, Harper’s new pick for the country’s privacy watchdog is actually the guy who clashed with privacy advocates.

6. The last job of Harper’s new pick for privacy watchdog was to do damage control over “intrusions into privacy on a grand scale”

“On Wednesday, when Prime Minister Stephen Harper announced that he was nominating Daniel Therrien to be the new privacy commissioner, I looked at his biography and thought: uh-oh. […]

He is surely an extraordinarily talented, smart and hard-working fellow — and he may be capable of completely changing his world view — but in his most recent job he has been involved in negotiating and managing intrusions into privacy on a grand scale.”

7. The guy Harper picked as privacy watch dog actually used to give advice to Canada’s spies

“Stephen Harper’s choice for Canada’s next privacy watchdog has given legal advice to the country’s top spying and national security agencies, according to sources with knowledge of a confidential resumé circulated by the Prime Minister’s Office.

In his role as assistant deputy attorney general, Daniel Therrien advised agencies including the Canadian Security Intelligence Service, the RCMP, Public Safety Canada and the Department of National Defence.

He has now been nominated to safeguard Canadians’ privacy from those organizations.”

8. The selection of the new privacy commissioner was surrounded by really, really dodgy circumstances

“New details, meanwhile, of his selection are emerging. Sources tell The Globe and Mail that Mr. Therrien was picked by Treasury Board President Tony Clement from a two-person shortlist, and that the candidates favoured by many in Canada’s privacy community – each respected for their work as commissioners already – did not make the final shortlist.

Mr. Therrien is currently the assistant deputy attorney-general for public safety, a position that makes him closely familiar with government data-monitoring programs, such as cross-border data sharing, that are widely criticized by privacy advocates as being too invasive.

If approved by Parliament as Commissioner, Mr. Therrien will be tasked with picking apart those very programs, sparring with government and doing so without experience working either as a commissioner or in a commissioner’s office.”

9. Even former privacy watchdogs think this was a “bizarre” choice

“A former federal privacy commissioner put it more bluntly. ‘It strikes me as a bizarre nomination – like putting a fox in charge of chicken security at the hen house,’ George Radwanski, who served as commissioner between 2000 and 2003, said when contacted by The Globe and Mail.

Mr. Radwanski said Mr. Therrien’s job at Justice Canada ‘by its very nature involved focusing on and developing privacy-invasive measures intended to enhance public safety. And that’s exactly the opposite of the pro-privacy bias any privacy commissioner should have.'”

“Canadians are ‘stupid’ and post far too much information online, a former head of the national electronic spying agency says, leaving the country with a ‘long ways to go’ in protecting personal information in an Internet era.

John Adams made the comment in a Senate meeting Wednesday as he and other witnesses discussed a bill that would create an all-party parliamentary committee to oversee the top-secret efforts of Canada’s intelligence and security agencies – a notion backed by Mr. Adams, who led Communications Security Establishment Canada (CSEC) from 2005-11. […]

Mr. Adams told the committee one perception he’d heard of Web-surfing Canadians. ‘One half is stupid, and the other half is stupid,’ Mr. Adams said, recalling a view of Canadians in their online habits. ‘I can confirm that. We put more online, [on] Facebook, than any other country in the world.’ Mr. Adams later added: ‘We’re not very smart, so we’ve got a long ways to go.'”