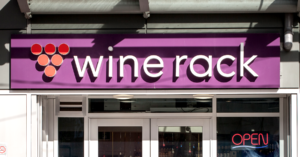 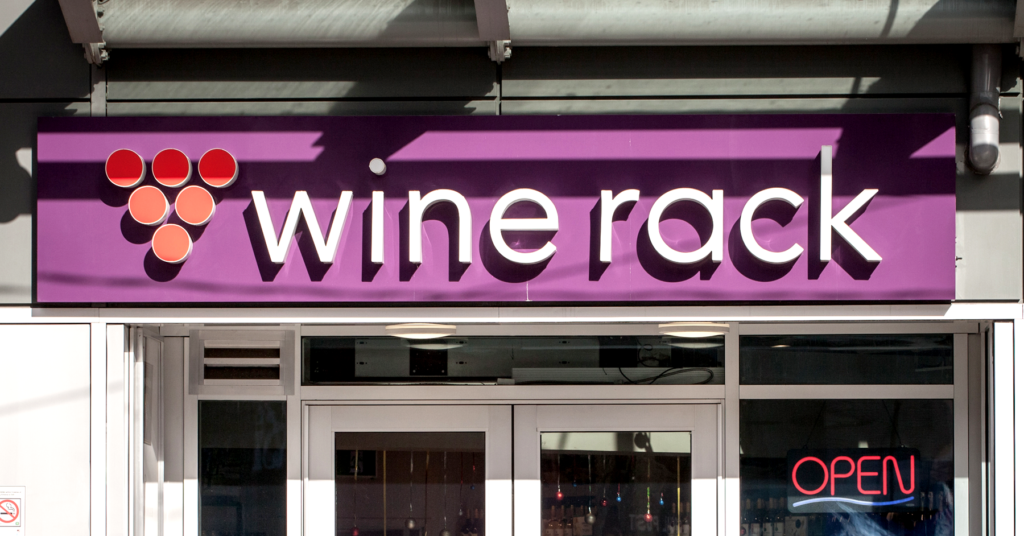 Executives at the retail outlet Wine Rack circulated an anti-union memo to workers one day before they were set to go on strike, inviting anyone who was willing to cross picket lines and continue working during the strike.

According to the internal email newly obtained by PressProgress, one of the company’s top executives also told workers they were being cut off from grocery gift cards meant to support struggling workers during the pandemic.

Workers at Wine Rack locations in Toronto have been on strike since June 7. 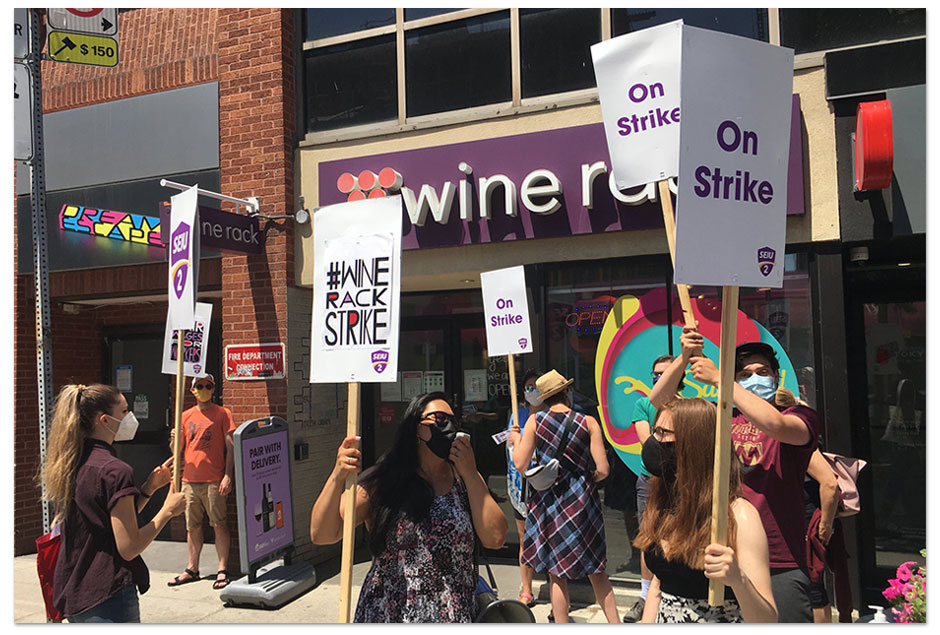 In a press release, SEIU local 2, the union representing Toronto Wine Rack workers, indicated the union is fighting for a scheduling system based on seniority, rather than purely on management discretion, and a “living wage.”

“The core issues really are livable wages and getting a fair scheduling system in place. The employer has been really intransigent on both,” an SEIU spokesperson told PressProgress.

“Currently, the hours that workers get and therefore the wage that they get is completely up to management discretion. That leaves these workers vulnerable to any favouritism or bias management might have.”

On Sunday June 6, one day before the strike began, the Operations Director at Wine Rack’s parent company told staff the company was already in contact with a “significant” number of workers who were ready to cross picket lines.

“The company has absolutely no interest in Wine Merchants removing themselves from the workplace or negatively affecting their income. The union has forced us to this point. Therefore, we regrettably find ourselves in a strike position as of this Monday at opening. A significant amount of our Toronto Wine Merchants have indicated they are not supportive of the union position and they will be continuing to report to work.”

The memo goes on to provide Wine Rack workers with an FAQ about the strike.

“If the union tells me, I am on strike do I have to stop working?” the memo reads. “No, whether or not you choose to withdraw your labour is your decision only, no-one else’s.”

“What will happen if I choose to come to work?” Wine. Rack asks later on.

“It is the company’s intention to keep stores operating to the fullest extent possible for the benefit of our customers and those who wish to work,” the company replies. “If you choose to come to work, you will be welcomed and added to the schedule. Your rate of pay will not change except for not having union dues deducted from your gross pay.”

The FAQ concludes with the company  noting that “while we hope employees will choose to continue working, Wine Rack respects your right to legally strike.” 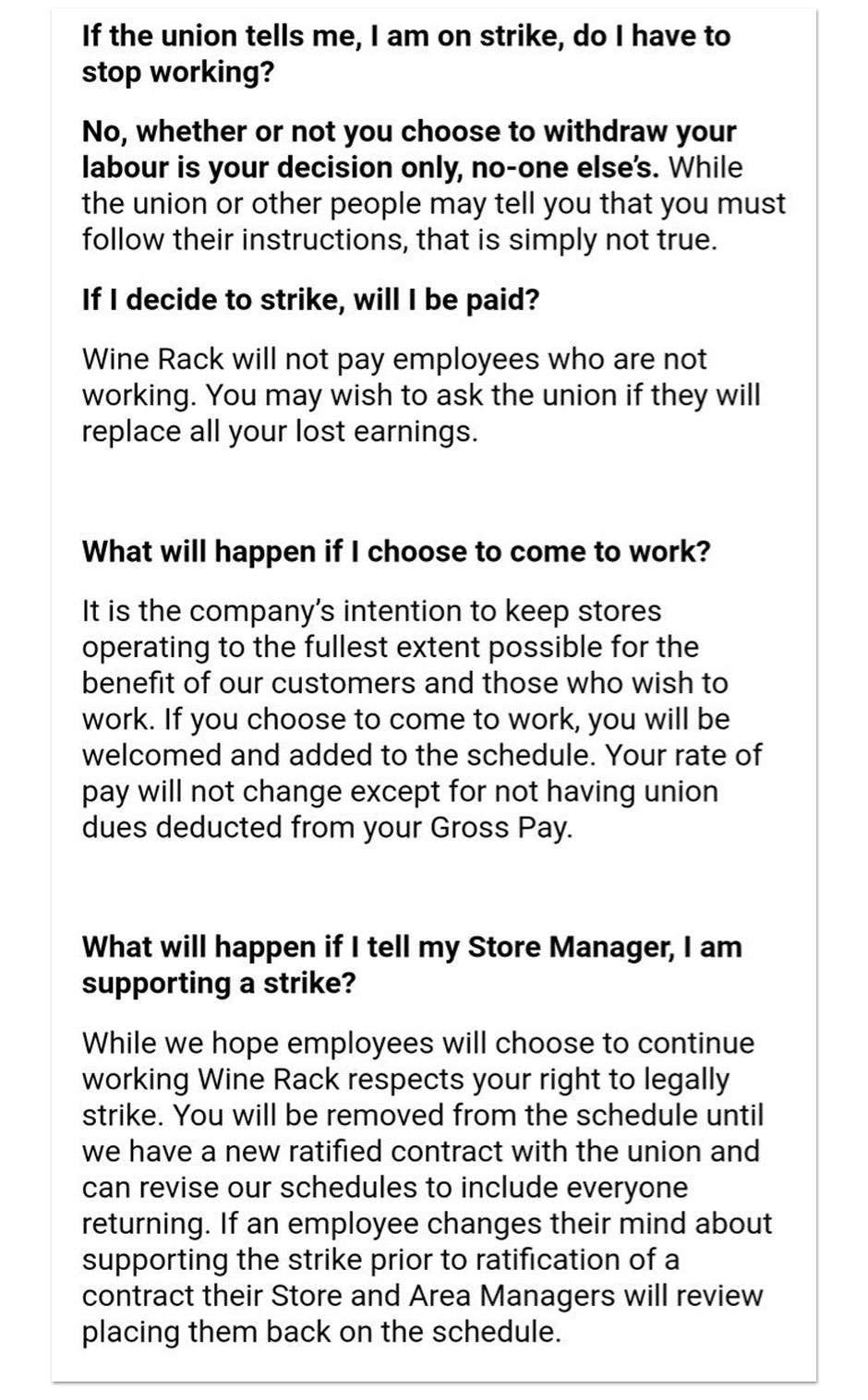 In the same email Murphy, announced Wine Rack would also withhold a bonus Grocery Gift Card from Toronto employees because they refused the company’s offer.

Murphy explained the purpose of the card was to support their struggling workers during an “ongoing difficult period” during the pandemic:

“In March, we distributed grocery gift cards to most of our Wine Merchants valued at $250 or $500 value. The feedback we received was very positive and heartfelt. We would like to offer another $100 gift card for all employees as our way of helping and recognizing our teams during this on-going difficult period. For the Toronto teams this would have been upon the ratification of the new CBA. Unfortunately, the union did not accept this offer.”

In a statement to PressProgress, Arterra confirmed that it invited Wine Rack workers to cross the picket line and continue to work during a strike:

“We contacted employees via survey to understand whether they intended to report to work or strike,” an Arterra spokesperson told PressProgress.

The union said the memo is a clear cut example of a company trying to take advantage of desperate workers.

“This is a low wage workplace, these workers only work part time so they are trying to make rent,” an SEIU spokesperson said. “They’ve started asking workers, ‘are you coming into work or will you be striking?’

One Wine Rack worker who supports the strike similarly told PressProgress many of those who crossed picket lines did so out of desperation.

“Workers are choosing to work because they don’t want to be homeless, not because they’re happy with existing conditions.”

Stephen Murphy declined requests for comment about his memo.