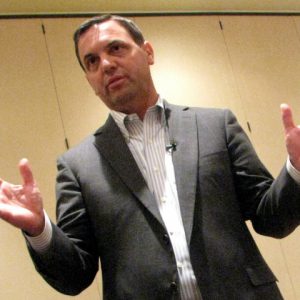 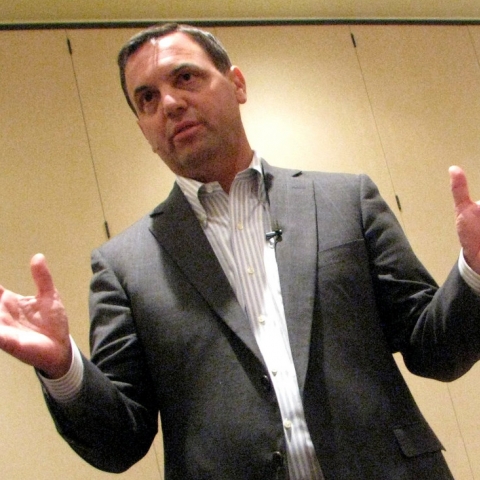 What to make of Tim Hudak’s flip-flop on “right-to-work”?

Did Tim Hudak just concede attacking unions is an attack on the middle class? That’s wishful thinking for an anti-labour ideologue like Hudak, but the Ontario Progressive Conservative leader renounced Friday one of his key policy planks on the eve of an expected provincial election that, if implemented, would have really hurt the middle class. In a […]

Did Tim Hudak just concede attacking unions is an attack on the middle class?

That’s wishful thinking for an anti-labour ideologue like Hudak, but the Ontario Progressive Conservative leader renounced Friday one of his key policy planks on the eve of an expected provincial election that, if implemented, would have really hurt the middle class.

In a speech to the Toronto Region Board of Trade, Hudak said he no longer plans to bring in “right-to-work” legislation if elected.

The idea was to get rid of the Rand formula: while workers can choose whether to join a union, they must pay dues to the union if they are covered by the collective agreement negotiated with the employer. The formula, in place since 1946 to ensure there are no free-riders, had been on Hudak’s hit-list for the past two years as a way to weaken unions.

“This ‘right-to-work’ issue just doesn’t have the scope or the power to fix the issues that are threatening 100 per cent of the manufacturing jobs in Ontario. So if we’re elected, we’re not going to do it — we’re not going to change the so-called ‘Rand Formula.’ Our agenda is a lot bigger, and a lot more ambitious, than that,” Hudak told the crowd.

“Some people tell me they want right-to-work in Ontario but not very many,” he added. He didn’t need to remind the audience of the recent loss to the NDP in a byelection in Niagara Falls, where a union leader was elected in his own backyard. Hudak also didn’t need to mention the internal squabbles over the controversial policy.

Brad Wall, Alison Redford, and provincial conservative leaders should take note: if an ideologue like Hudak is backing away from “right-to-work,” they should probably revisit their own anti-union moves and drop for good the voluntary payment of union dues.

Back in Ontario, people shouldn’t be fooled, though. Hudak still wants to take a hatchet to unions in other ways, and he hasn’t renounced other right-wing ideas that will hurt the middle class and some of the most vulnerable people in Ontario. Here are 4 that are still on the table.

Abolish the College of Trades

The self-regulating college is about cracking down on unlicensed tradespersons working on the cheap in the underground economy and driving down wages in the trades. That’s why all compulsory construction trades back the college. They include 22 trades in which certification is compulsory, including electricians, auto mechanics and sheet metal workers. Hudak, though, calls it “a bureaucracy created solely to impose new taxes on tradespeople and restrict job opportunities with red tape.”

Hudak vows to target public sector workers by eliminating jobs through downsizing and contracting out, freezing wages and stripping new hires of what he calls their “gold plated” pensions. This is a classic move to drive wages and benefits down for everyone, rather than improve them in the private sector to help families working in both sectors.

Government student loans permit young people to access a post-secondary education if their parents don’t have the cash to finance it. Even though colleges and universities have their own academic cut-offs for admissions, Hudak wants to block students with lower grades from getting study loans. “We feel it prudent to inject the student financial aide system with more market discipline,” according to Hudak’s plan.

Most experts who have reviewed Ontario’s social assistance program will tell you the goal should be to move people on welfare back into the workforce, but Hudak’s plan is just about slashing “their already inadequate payments.” His punitive approach looks like the one used by his former boss, Mike Harris, who slashed welfare rates by 21.6 per cent when he became premier in 1995. Today, welfare payments in Ontario have fallen 68 per cent below the poverty line.

Photo: laurelusswurm. Used under a Creative Commons BY 2.0 licence.