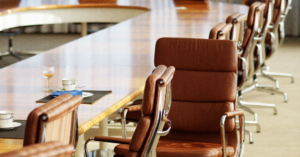 Next time you feel work and family commitments are leaving you squeezed for time, stop and think about what Corporate Canada’s boards of directors have to endure.

“Being a director is no longer a cushy job,” Financial Post Magazine recently declared while noting “increased workloads” have made it nearly impossible for the directors of Canada’s biggest corporations to serve on “multiple boards.”

“The Age of Disruption seems destined to force the lucrative habit to go the way of the three-martini lunch.”

According to a new report, Canada’s corporate directors are now working an average of 300-400 hours every year — that’s roughly 5-7 hours per week.

The author of the article, Thomas Watson, told PressProgress he came to that average by comparing figures from a 2014 Korn Perry with more recent figures from the Ivey Business Journal.

The 2014 study, The Globe noted, listed 304 hours as “including time spent outside the boardroom preparing for meetings, attending training, keeping abreast of industry trends or representing the company at outside events and meetings.”

Meanwhile, in an interview with the IBJ, published December 2018, Canada Institute of Corporate Directors head Rahul Bhardwaj, remarked “the average executive puts something like 3,000 working hours into an organization annually, while the average director serves around 400 hours.”

To put that number in perspective, corporate directors in the United States worked an average of 245 hours last year, or 4.7 hours per week. 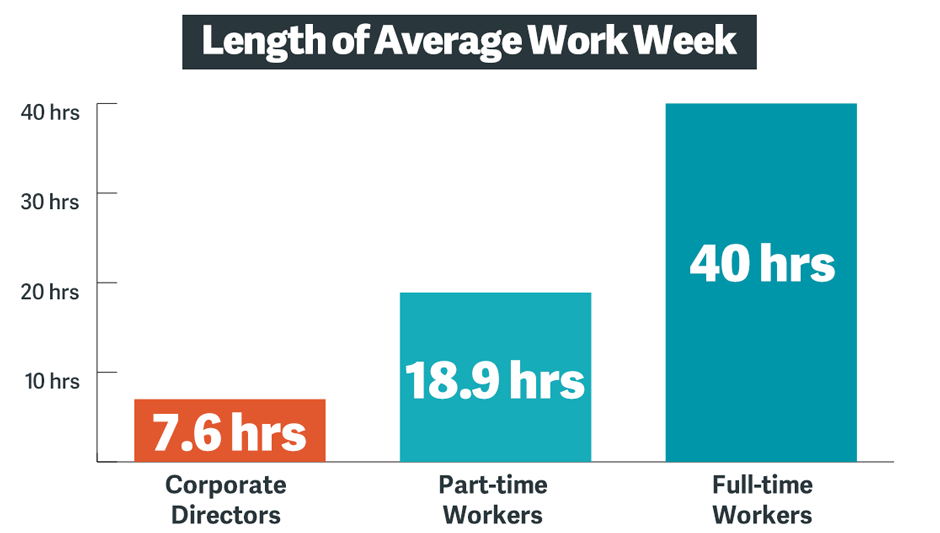 Despite their strenuous work week, Statistics Canada data indicates directors for Canadian corporations still put in less than one-fifth the amount of time on the job as the average full-time worker who puts in 40 hours per week.

Meanwhile, data from the Conference Board of Canada shows compensation for corporate directors has also continued to rise — most recently at a healthy rate of 5.94% in one year.

Data on wages, on the other hand, shows Canadian workers haven’t been so lucky.

Collecting a six-figure paycheque for five hours of work each week might sound like a better deal than 40 hour work weeks and stagnant wages, but don’t be so quick to judge.

FP Magazine suggests government controls and regulations are pushing corporate directors to the brink of burning out.

There’s even a term for it — “over-boarded.” A corporate director is “over-boarded,” FP Magazine notes, when serving on the boards of too many public companies begins to strain the “limited capacity of the human information system.”