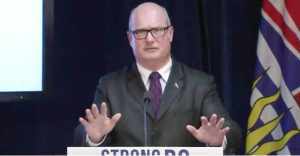 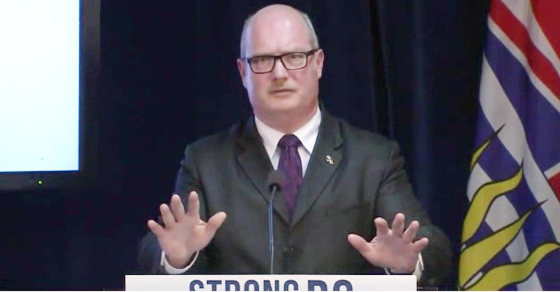 Christy Clark set loose her finance minister Mike de Jong to attack the BC NDP's election platform. He raised doubts about his own competency instead.

But instead of persuading reporters to believe his apocalyptic warnings about the BC NDP’s plans to reduce inequality and tackle skyrocketing costs of living in British Columbia, de Jong raised doubts about his own competency instead.

For one thing, reporters called out the BC Liberal finance minister for railing against policies the BC NDP has never actually advocated and do not appear anywhere in the party’s election platform.

And there was another problem too – de Jong attacked the BC NDP over Medical Services Plan premiums, even though it turns out the policy he described is the same one the BC Liberals have themselves proposed.

After warning of tax hikes, de Jong left some reporters wondering “how he would pay for his own promise”?

It went round and round in circles, with the BC Liberal finance minister refusing to answer a question he himself had raised about the BC NDP. He eventually wiggled out of that uncomfortable situation by calling on another reporter, but they proceeded to ask him the same question too.

Then, with sweat dripping from his brow, De Jong asked for a glass of water.

As The Province’s Mike Smyth put it later, de Jong’s press conference was “a bunch of alternative-facts garbage”:

“BC voters need to get full and accurate information before they cast their ballots on May 9, says the Liberals’ Mike de Jong.

‘Before they can make an informed choice, they need to know the facts,’ the Liberal finance minister said at a heavily hyped presentation on the NDP’s ‘deceitful’ election platform.

I agree with him.

And that’s why I was disgusted to then watch de Jong criticize billions of dollars worth of spending promises that the NDP has not made in this election campaign.”

Hard to believe this guy is supposed to be Christy Clark’s finance minister.