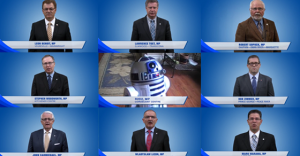 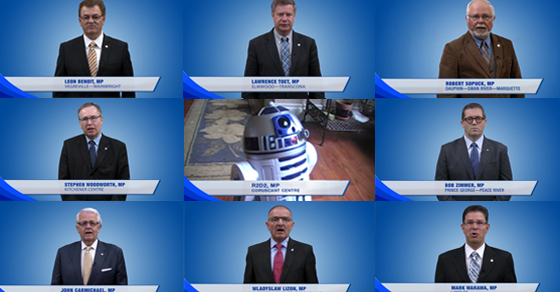 What if it is more than just a metaphor? What if Conservative MPs really, truly, seriously are... Robots?

After all, Conservative MP Peter Goldring was once likened to a cyborg after revealing that he frequently wears a video recording device. And former Conservative turned independent MP Brent Rathgeber once described his former colleagues as “trained seals” who are so tightly scripted by the Prime Minister’s Office, Rathgeber suggests they no longer “represent their constituents in Ottawa.”

But what if Harper’s critics are wrong? What if it is more than just a metaphor? What if Conservative MPs really, truly, seriously are… Robots?

After 13 Conservative MPs uploaded eerily similar videos to Youtube this week, wherein the MPs read word-for-word from the exact same script, what other explanation could there be?

Watch now and judge for yourself: