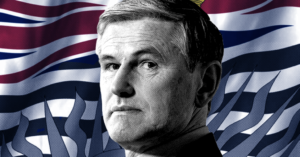 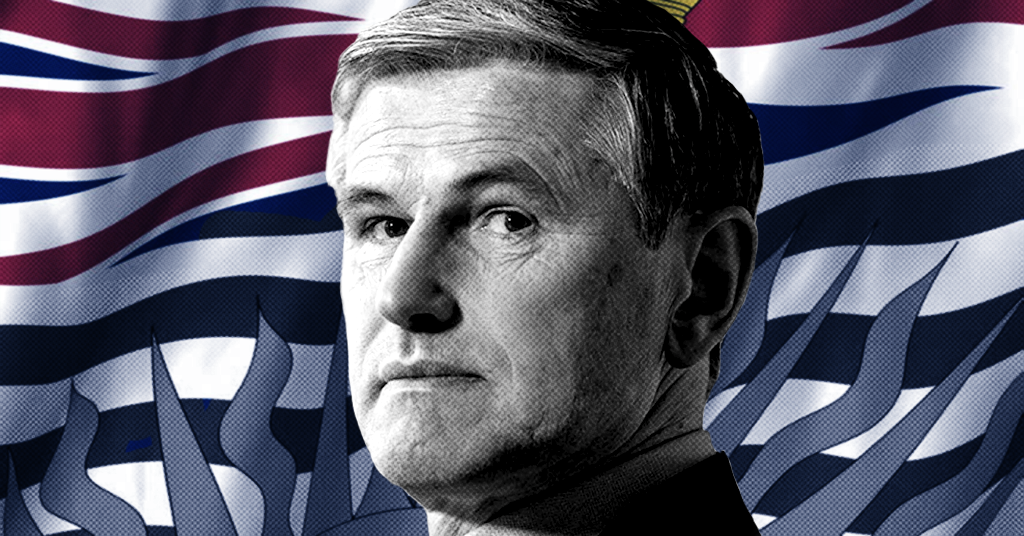 Voter turnout in British Columbia’s electoral reform referendum has surpassed the number the official No campaign said was needed in order for their side to recognize the legitimacy of the vote.

According to data released Monday morning, Elections BC had already received over 1.3 million referendum ballots by Friday’s deadline, meaning voter turnout (41%) will surpass the magic number floated by the No side in the dying days of the campaign.

That number is expected to increase further when the final referendum results are announced later this month.

In the final weeks of the referendum, the head of the No campaign repeatedly stated voter turnout needed to exceed the arbitrary number of 40% in order for his side to accept the results.

Yet Bill Tieleman, president of the No BC Proportional Representation Society, says he is not prepared to recognize the legitimacy of the vote despite turnout exceeding his own magic number.

“It would be premature to determine the legitimacy of the referendum until all results are in,” Tieleman told PressProgress, adding that is going to wait until “all information about the vote is available.”

Despite Tieleman’s reluctance to even recognize the legitimacy of the referendum, by law turnout does not need to meet any threshold to validate the referendum and the results will be legally binding regardless of what the losing side says. 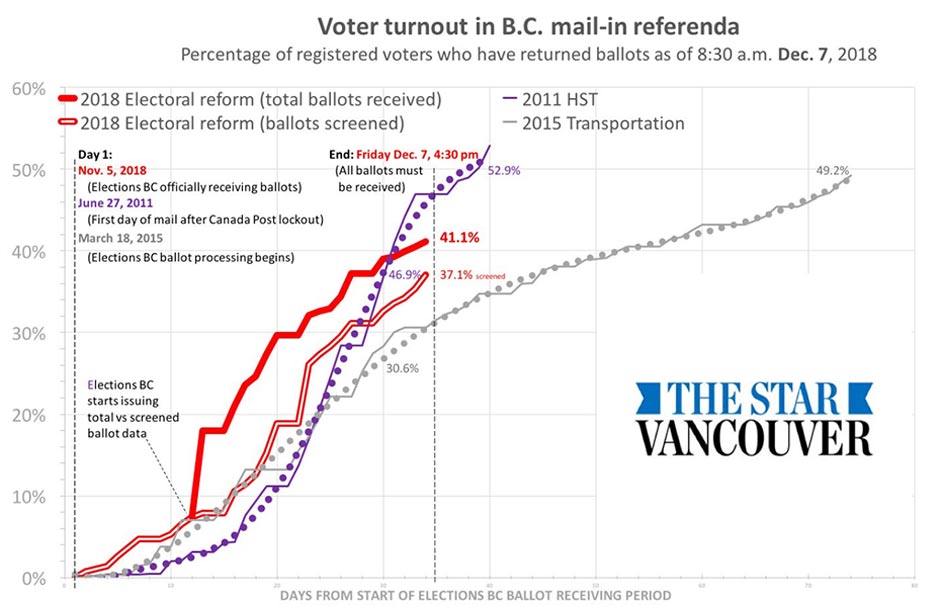 BC electoral reform referendum turnout as of Dec. 7 (@davidpball, Twitter)

Meanwhile, BC Liberal leader Andrew Wilkinson has been shifting his own goal post on the question of what he considers a “legitimate” turnout.

In November, Ming Pao News reported Wilkinson would “question the validity of the referendum result” if turnout falls below 30%.

During a Q&A session with a chamber of commerce a few weeks later, Wilkinson upped that number to “40%,” after predicting the final turnout would only reach “15%.”

During a telephone town hall at the end of November, Wilkinson said he would question the “legitimacy” of the results if he isn’t satisfied with the “turnout” –although he offered no firm number.

In an e-mail to BC Liberal supporters sent following Friday’s final deadline to submit ballots for the referendum, Wilkinson repeated his message that he will try to force an early election before an election can be held under proportional representation in 2021. 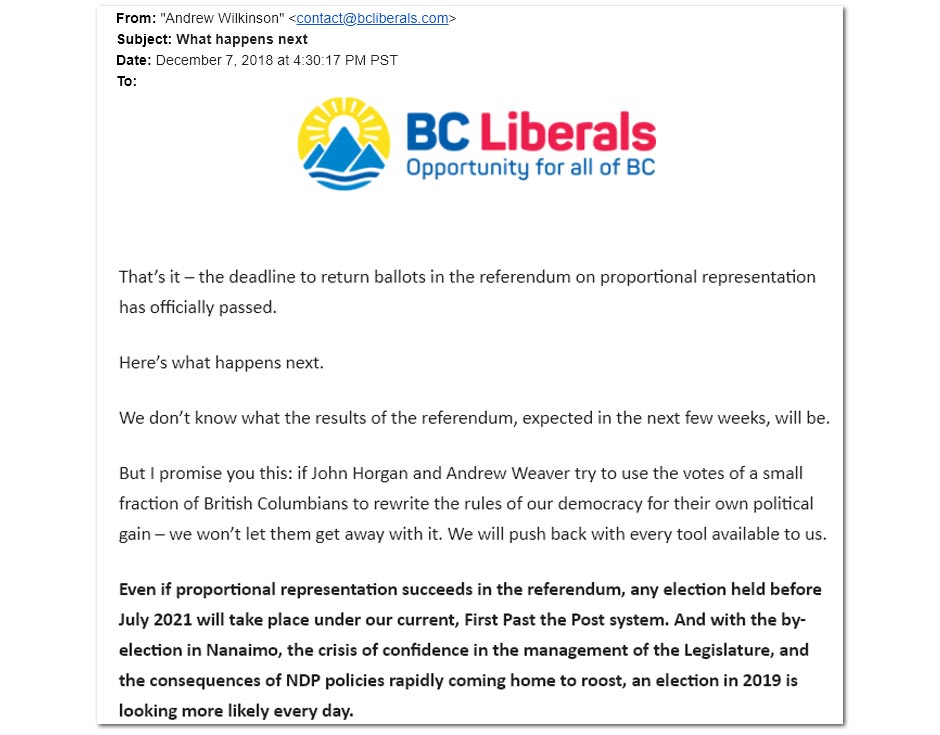 If successful, British Columbia will become the first province in Canadian history to replace its outdated first-past-the-post voting system with a modern proportional representation voting system similar to what’s used by 85% of the world’s most advanced countries, including Norway, Germany and New Zealand.