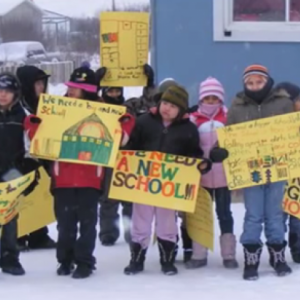 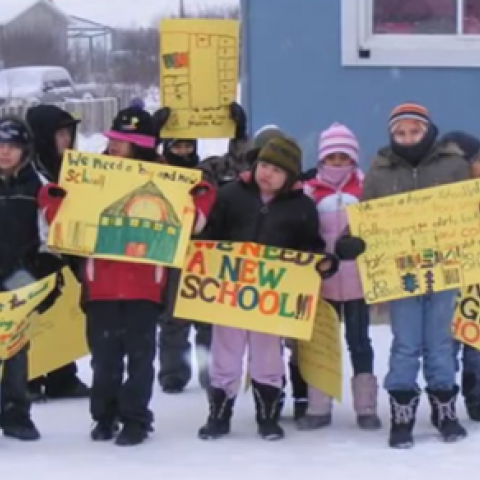 VIDEO: These kids are doing something amazing that older generations could learn from

We have a lot of reasons to be hopeful that the next generation is going to “get it” better than previous ones – and one doesn’t have to look any further than the Attawapiskat First Nation in Ontario to see why. For the last four years, First Nations and Canadian children have been campaigning to […]

We have a lot of reasons to be hopeful that the next generation is going to “get it” better than previous ones – and one doesn’t have to look any further than the Attawapiskat First Nation in Ontario to see why.

For the last four years, First Nations and Canadian children have been campaigning to build a new school in Attawapiskat and improve the quality of education in First Nations communities across Canada.

Attawapiskat’s only elementary school was shut down in 2000 following a fuel leak. Ever since, students have been taught in run-down, mice-infested portable classrooms – many of which have doors and windows that wouldn’t shut during the winter.

But Shannen Koostachin, one of its students, wouldn’t stand idly by while her peers were denied a quality education and tirelessly advocated for better funding for First Nations schools, which still receive lower levels of per-student funding than provincial and territorial schools. Shannen’s Dream, the resulting movement for “safe and comfy schools” and “equitable education”, was founded after Shannen passed away in a tragic 2010 car accident and named in her memory. Shannen’s Dream campaigns not just for a new school in Attawapiskat, but for quality education in First Nations communities across the country.

And they’re about to claim a significant victory, as a new school finally opens in Attawapiskat in September.

But the road to a new school was not an easy one. Internal documents from Aboriginal Affairs and Northern Development Canada dating back to 2007 show how a new school was delayed due to “funding pressures,” and suggested talking points emphasizing the department would explore “alternate financing options.” However, expectations should be managed since “the current system does not allow much room for innovation”, and that then-Aboriginal Affairs Minister Chuck Strahl “does not have the authority to provide a guarantee for infrastructure projects.”

“I think they finally were embarassed by this because they were being told what to do by children,” Chelsea-Jane Edwards told CBC’s As It Happens Monday night. “Imagine the other 48 schools. If we were to put pressure on them maybe perhaps they’ll finally get schools like Attawapiskat.”

Watch this video for an even better perspective on the state of First Nations children’s welfare on reserve: