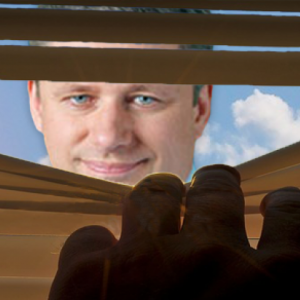 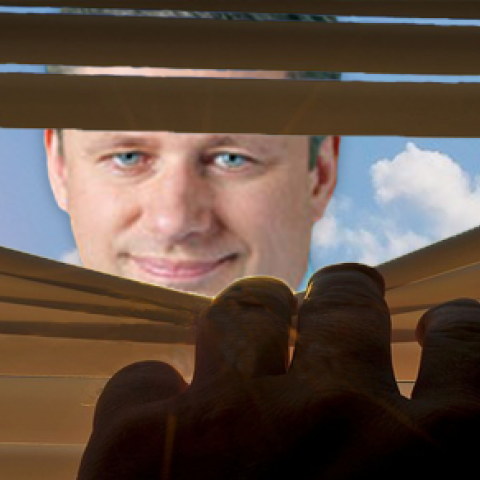 Sure, critics say Canadians may be watching their country turn into a surveillance state. But here’s one thing they don’t need to worry about: the Harper government promises it won’t create “duplication” and “needless red tape” — specifically democratic checks and balances on Canada’s spy agency. Public Safety Minister Steven Blaney sought to put concerns about […]

Sure, critics say Canadians may be watching their country turn into a surveillance state.

But here’s one thing they don’t need to worry about: the Harper government promises it won’t create “duplication” and “needless red tape” — specifically democratic checks and balances on Canada’s spy agency.

Public Safety Minister Steven Blaney sought to put concerns about government overreach to rest on CTV’s Question Period Sunday, and he did so by shrugging off calls for MPs (you know, your democratically elected representatives) to be kept in the loop about what the Canadian Security Intelligence Service (CSIS) is up to.

Explaining that oversight is already provided by the secretive, five-person Security Intelligence Review Committee (SIRC), Blaney said “any additional [reporting] would be just duplication because they are already acting on behalf of parliamentarians.”

Got that? Checks and balances are simply “duplication.” And Parliamentary Secretary Roxanne James went a step further, stating that the government is “not interested in creating needless red tape.”

Canada is the only country in the “Five Eyes” intelligence network not to have some kind of parliamentary oversight on its intelligence service. That group includes the U.S., United Kingdom, Australia and New Zealand.

Canada’s privacy watchdog Daniel Therrien said the new law “would seemingly allow departments and agencies to share the personal information of all individuals, including ordinary Canadians who may not be suspected of terrorist activities.”

Ontario’s former privacy commissioner Ann Cavoukian likened the new anti-terror powers to a “massive fishing expedition” that will “invariably be engaging in information sharing on law abiding citizens,” adding that she’s “worried about this massive expansion in surveillance that it could lead us inch by inch … to a surveillance state.”

In the recent past, that group included Harper appointees like Arthur Porter, who is currently sitting in a jail cell in Panama awaiting extradition on fraud charges in Quebec.

Another SIRC alumni is former Conservative MP Chuck Strahl, who resigned last year amid a conflict of interest controversy when it was revealed he was also working as an Enbridge lobbyist (FYI: CSIS was spying on environmentalists and First Nations groups that opposed pipelines while also sharing information with energy companies). Oh, and Strahl also represented a company with links to China.

Needless to say, Opposition critics have raised concern over the qualifications of past SIRC appointees.

The Conservatives just call that “duplication” and “needless red tape.”