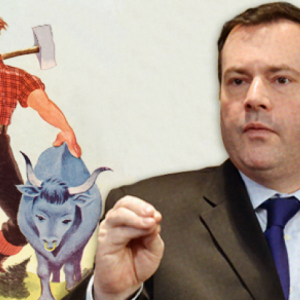 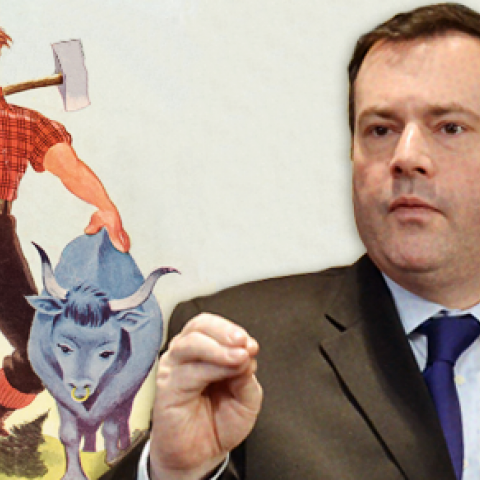 Employment Minister Jason Kenney is quite the storyteller. Or so he proved while making the rounds on the Sunday morning national TV circuit. And you know what that means? It’s time for a fact check! (Update: In fact, even a government “senior official” has now joined in the fact-checking fun.) 1. Canada is on pace to be […]

Employment Minister Jason Kenney is quite the storyteller.

Or so he proved while making the rounds on the Sunday morning national TV circuit.

And you know what that means? It’s time for a fact check!

(Update: In fact, even a government “senior official” has now joined in the fact-checking fun.)

1. Canada is on pace to be the “first developed economy in the world” to balance its budget

This one is just factually incorrect. In response to CTV’s Robert Fife asking if it was really important to balance the budget, Kenney offered this response:

“I think even our adversaries would admit that this government keeps its commitments and I think it’s symbolically important that we would be the first major developed economy in the world since the global downturn to get to a balanced budget.”

Except “developed economies” have already balanced their budgets since the global downturn.

South Korea, New Zealand, Switzerland, Norway (a country whose major export is oil, by the way) have all managed to balance their budgets. Even Germany (a country with an economy larger than Canada’s) balanced its budget in 2014.

But balancing the budget is not necessarily a good way to kickstart the economy if it means cutting your way back to black.

A slash-and-burn approach to finances can actually impede growth. Strategic investments, on the other hand, can spur innovation and drive growth.

Except that doesn’t line up with what Kenney’s boss (Stephen Harper) said in December:

“For greater assurance, in the fall economic and fiscal update, the minister of finance made considerable allowance for additional uncertainty generated by the falling oil prices. So we remain very confident that the budget will be balanced next year.”

So now we have a $3 billion fund set aside purely for natural disasters?

3. The Conservatives have been able to “significantly increase spending” on Health care?

Here’s another yarn that Kenney spun:

“One thing that’s worth noting, Bob, is that we’ve been able to significantly increase spending on the top priority areas… like health care has gone up by over sixty per cent under this government, six points a year…”

While Kenney is technically correct to say that health care spending has increased by “six points a year” – as part of the 10-year health accord negotiated before they took office —  he leaves out the part where his government let that deal expire, and then unilaterally introduced a new provincial transfer formula that could see that annual investment cut in half.

Here’s how the late-finance minister Jim Flaherty put it back in 2011:

“6% for the next 5 years. After that, the rate of growth of the federal transfer will be nominal GDP, which is a little bit north of 4% or not less than 3%.”

As the Canadian Health Coalition explains:

“On December 19th 2011, two major changes to the federal health funding formula were announced. Beginning in 2017, the growth rate in federal health transfers will be lowered from 6% and tied to nominal GDP growth with a minimum of 3%. This could cut the federal health transfer to provinces and territories by up to $36 billion over a 10-year period. The second change in funding was implemented in the 2014 federal budget. It replaced the needs-based funding with a per capita one. This will reduce federal equalization transfers to the provinces and territories by $3.5 billion this year and by $16.5 billion over the next 5 years.”

The Canadian Institute for Health Information’s Christopher Kuchciak points out that “spending continues to increase across the board, but at a slower pace than in previous years.”

In fact,  the rate of growth in health spending (estimated at 2.1% in 2014) continues to be “less than inflation and population growth combined.” If adjusting for these two factors, CIHI says health spending actually decreased by an average of 0.4% in the last four years.

4. Carbon taxes for everyone!

And no Conservative TV interview would be complete without an obligatory cry of outrage over carbon taxes:

The NDP and Liberals “both want to impose some kind of a carbon tax, which would be massively damaging to an energy industry which is already on its back heel…”

Of course, neither the NDP or Liberals are currently proposing a “carbon tax.” But according to the Conservatives, putting any price on carbon emissions is a “tax.” So the key word Kenney uses here is “some kind.”

But by the same token, haven’t the Conservatives also proposed imposing “some kind of carbon tax”?

Peter Mansbridge: So why don’t we propose something then?

Stephen Harper: We have proposed something.

Mansbridge: What have we proposed?

*Harper drinks a glass of water, an uneasy tension looms in the air*

Mansbridge: This is the carbon levy?

But in fairness to the prime minister, he also recently called the idea “crazy”:

Confused? Maybe Kenney is, too.

In fact, CP reports that an anonymous government official has now put a damper on some of Kenney’s Sunday remarks — including his musings on the contingency fund.