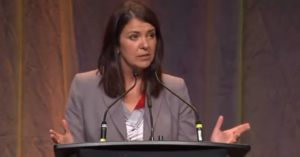 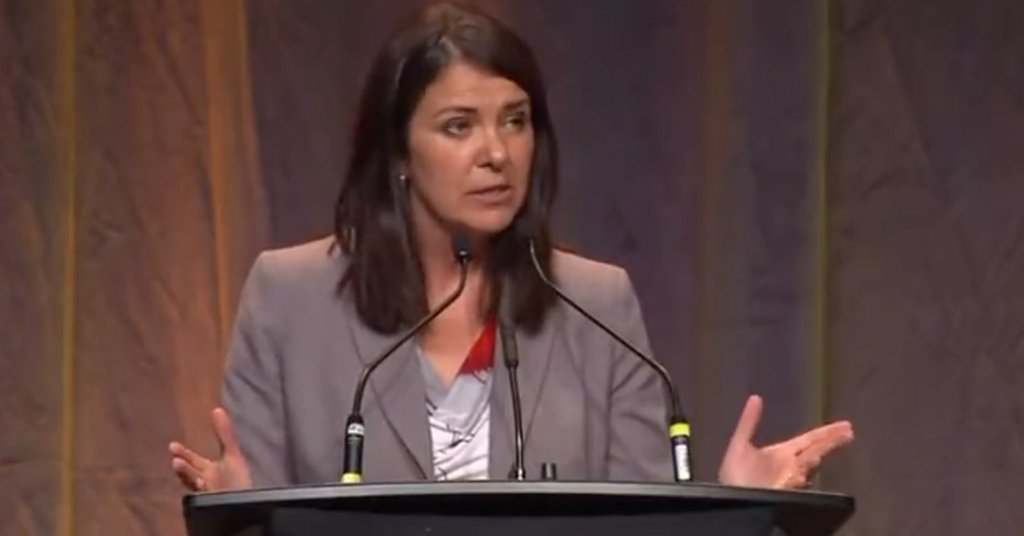 In a newsletter sent shortly after launching her campaign, United Conservative Party leadership candidate Danielle Smith issued a conspiratorial warning to her supporters about the future of money in Canada, claiming the Canadian Loonie could soon be replaced by an international “common digital currency.”

Smith, a potential successor to Jason Kenney as the next Premier of Alberta, warned her supporters that the World Economic Forum claimed the federal government could use the monetary system to “punish and reward” Canadians – just “like China.”

Smith’s newsletter went on to claim that the only hope Albertans have to “escape” this future is by embracing cryptocurrency. 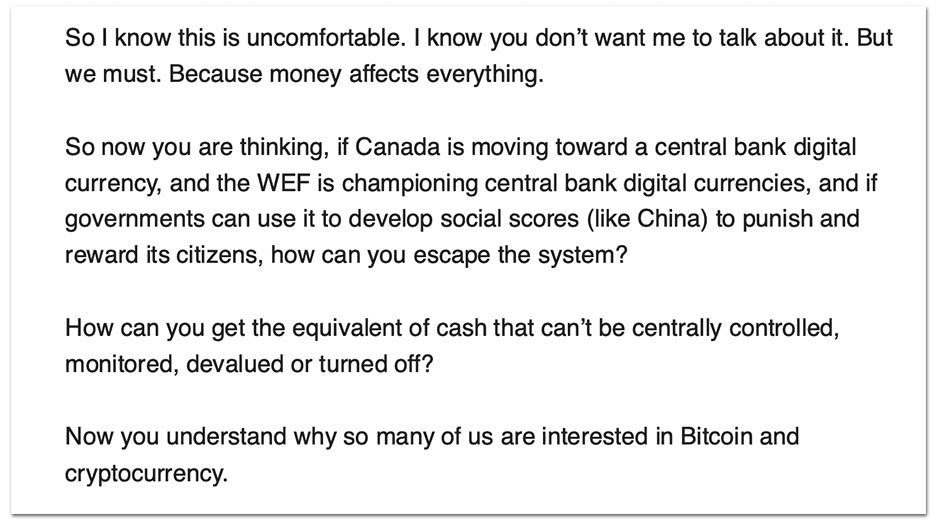 One of Smith’s central campaign promises has been the proposed “Alberta Sovereignty Act” that would give the province the power to ignore federal laws – current Alberta Premier Jason Kenney describes Smith’s idea as “nuts.”

Earlier this year, shortly after announcing her intention to run as leader of Alberta’s UCP, Smith sent a message to her supporters that made the following claims:

“The reason I think this is inevitable and that it will happen before Pierre Poilievre gets elected in 2025 and gets a chance to stop it, is because the momentum to do something to address our damaged currency is already too great.” 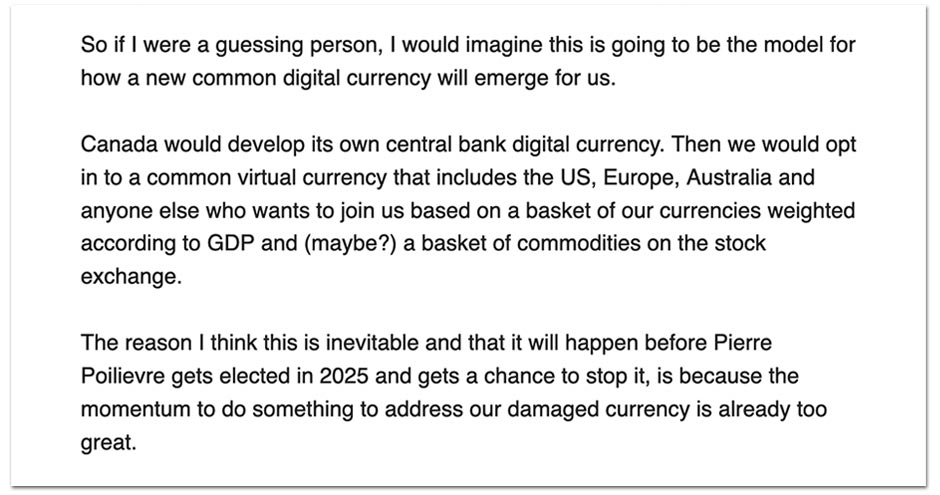 Like many other jurisdictions across the globe, the Bank of Canada is indeed building capacity to issue a digital version of the Canadian dollar “should the need arise,” however, financial experts say that it is hardly the authoritarian scenario of Smith makes it out to be – and it’s unlikely to happen anytime soon.

“Central banks in major countries like USA, Euro Area, Canada, and UK have not decided and all are still carefully considering whether to issue a CBDC and what features should it have if it was issued,” Katrin Tinn, financial technology expert at McGill University told PressProgress.

Research is currently underway to determine how to implement CBDC in a way that best protects privacy, says Tinn, whose recent work proposes models for CBDC to strike a “good balance between the privacy and the usefulness of a digital currency.”

“The privacy aspects of CBDC need to be carefully thought through before issuance, and implemented via built-in technology tools rather than simple assurances to keep things private.”

Mo Chaudhury, finance expert at McGill University says the scenario Smith lays out could only happen if central banks ceased being independent from the federal government.

“By and large, it is the case that central banks are independent of the federal government,” Chaudhury told PressProgress. “They do not take orders from from governments, and nor do they tacitly try to help a particular political party or a particular regime retain power, or to throw them out power. I’ve never seen that.”

“Most of these conspiracy theories match government and bank that’s not the case.”

“She presents this as a conspiracy to monitor all of our spending,” Brownsey told PressProgress.

“We have had bank cards and credit cards,” Brownsey said. . “What she says the central banks want to do is monitor our transactions. Well, you know, that’s already going on. But it’s not the central bank that does that, it’s private corporations.”

“Despite the fact that the oil and gas industry is doing extraordinarily well right now, she’s feeding in to that anxiety. And there’s an underlying hatred, their anger that she’s tapping into. It won’t do anyone any good, but she’s found that anger and she’s using it to her own political benefit.”

“How can you get the equivalent of cash that can’t be centrally controlled, monitored, devalued or turned off?” Smith wrote. “Now you understand why so many of us are interested in Bitcoin and cryptocurrency.”

Paris Marx, a technology writer and host of the Tech Won’t Save Us podcast, says Smith is fear-mongering by claiming Canada is turning into Russia or China when other countries like Sweden or South Korea are also piloting CBDCs.

“Danielle Smith is unsurprisingly aligning herself with Pierre Poilievre and the ascendant radical right in pushing crypto as a false solution to sometimes real, but often made up monetary challenges,” Marx told PressProgress.

“Smith positions crypto as a democratic alternative to state control over money, but in fact the monetary system she and Poilievre are arguing for is one that would give corporations a much greater degree of control over money at the public’s expense.”