Further cuts are expected next year

In a letter to parents, obtained by PressProgress, St. Albert schools superintendent Krimsen Sumners said the UCP budget cuts reduced the district’s funding by $2.9 million for the remainder of the current school year, and noted the loss of the Transition Grant, next year, will reduce funds by $4.6 million in 2020-2021 from 2018-2019 funding levels.

“You will likely see increased class sizes at all levels, a reduction in course options, and increased fees. Both supports and opportunities for students will decrease.”

The letter adds: “We are anticipating further provincial cuts for next year when the provincial government tables its budget in the spring.”

“Regardless of whether further cuts are made, if the current budget situation remains the same, we will still need to make staff reductions next year.” it warns. 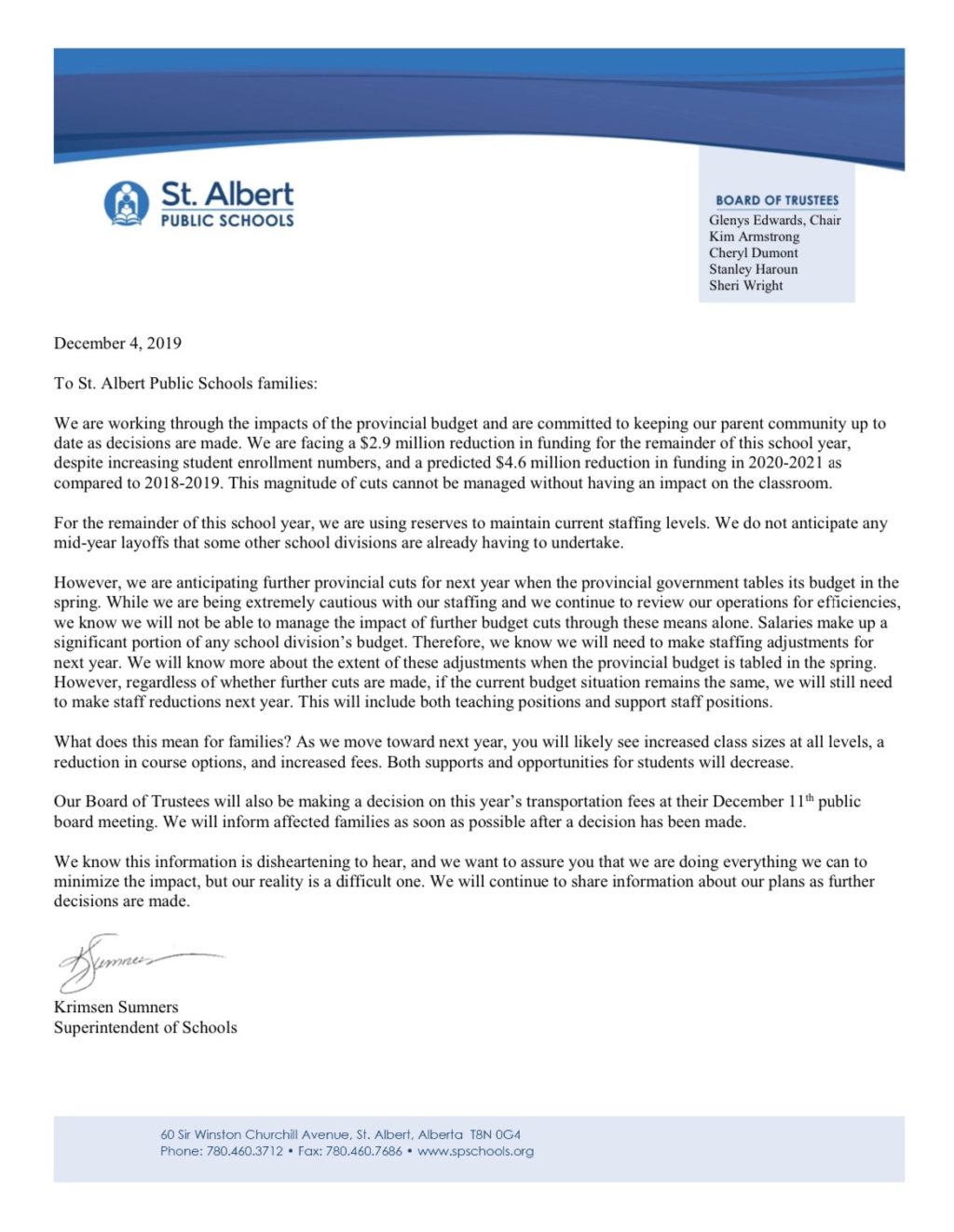 Lee-Ann Kalen, president of CUPE 1099, which represents school staff in St. Albert, told PressProgress: “Jason Kenney promised not to cut education. But every school district in Alberta has been given less funding to operate schools even as enrollment increases. That means larger class sizes, fewer staff, higher fees and reduced cleaning and maintenance.”

Other school board officials raised similar concerns over Kenney’s cuts.

In a letter to the UCP government, Terry Jewell, chair of Sturgeon public schools, said the cuts “far exceed that which our rural division can bear.”

The Alberta Ministry of Education did not respond to PressProgress‘ request for comment.