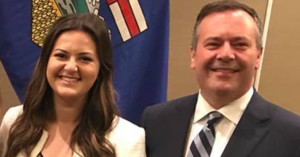 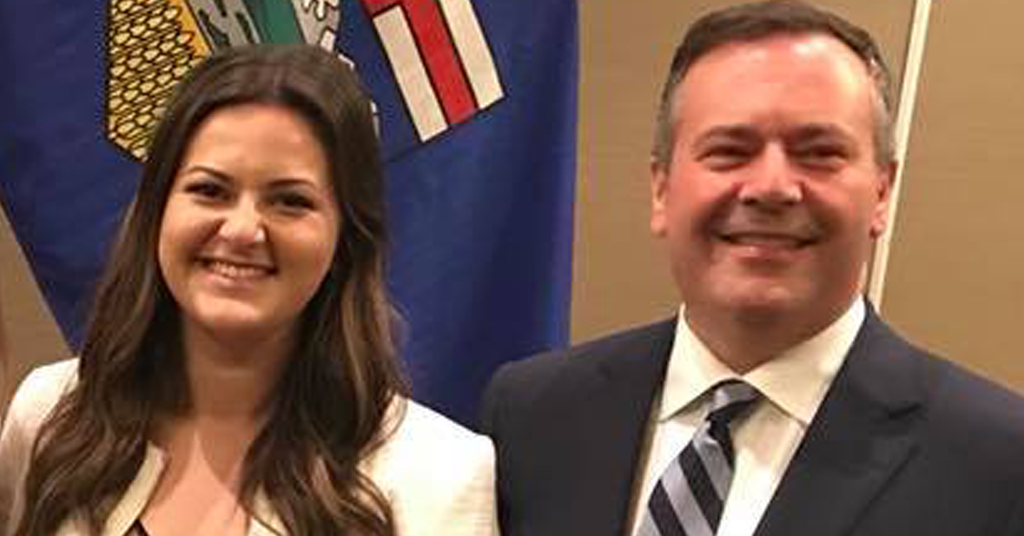 As Conservatives get ready to vote on reopening the abortion debate at their 2018 Convention in Halifax this weekend, one of Jason Kenney’s recently nominated  United Conservative Party candidates has publicly aligned herself with a hardline social conservative group pushing to rewrite the party’s policies on abortion.

Michaela Glasgo, who was nominated earlier this summer to represent the UCP in Brooks-Medicine Hat during Alberta’s provincial election next year, registered with an anti-abortion group that is working to sway the outcome of policy votes on social conservative issues like abortion.

Glasgo’s name appears on a convention registration page on the website of the anti-abortion group RightNow, a group that backed Kenney’s UCP leadership bid and is currently working quietly behind-the-scenes to nominate 52 anti-abortion candidates for Kenney’s UCP.

“Are you pro-life? Are you going to the Conservative Party of Canada Policy Convention as a delegate?” asks RightNow.

RightNow’s sign-up page indicates “pro-life” registrants will receive status updates on “the policies being voted on throughout the weekend.”

Michaela Glasgo is one of the first names that appears on the online registry.

RightNow describes itself as an “organization committed to nominating and electing pro-life candidates.”

“The best way to achieve this is to become a member of a political party and be selected as a delegate to that party’s national policy convention,” Right Now explains. If you are wanting to become a delegate, propose pro-life policy to be voted on at your riding level as well as at the national policy convention then get a hold us at RightNow today and we will help get you and your policies there!”

The anti-abortion group is explicit about their intentions in Halifax this weekend.

Elsewhere on RightNow’s website, the group calls the convention “an opportunity for pro-lifers to attend to move the Party’s policy stances toward a more pro-life position.”

On Friday, RightNow and social conservative delegates were behind a successful push to force a vote on changing the Conservative Party of Canada’s official policy on abortion.

Alissa Golob, head of RightNow, posted on Facebook that 82% of Conservative members at a policy break-out session voted to force a vote on eliminating a policy that a Conservative government would “not re-open the abortion debate.”

In advance of the convention, social conservative activists had been coordinating to stack policy votes in an effort to rewrite the party’s policies on abortion. Glasgo’s ties to social conservative groups go even deeper, however. Parents for Choice in Education is connected with several individuals who have promoted staunchly homophobic views – PCE has itself has previously advocated gay conversion therapy.

Anti-abortion groups in Alberta have been working quietly behind the scenes to stack nomination meetings and install social conservatives in the UCP.

As PressProgress recently reported, one of Jason Kenney’s former staffers, who has close ties to the UCP leader’s inner-circle, had been recruited by Right Now to lead an effort to nominate anti-abortion candidates in 52 target ridings across Alberta.

At the Conservative convention in Halifax, meanwhile, social conservatives will be pushing for a number of anti-choice and other extreme resolutions including changing the Conservative Party’s official position on abortion, calls to “protect the life of the unborn child” and excluding funding for abortion from foreign aid.