Multinational corporations currently own 67% of all assets in Canada's economy

Less than 1% of companies operating in Canada control over two-thirds of its assets,  new figures from Statistics Canada show.

On Monday, StatsCan released a study looking at aggregated data from the financial statements of all Canadian enterprises.

In 2016, the most recent year for which data is available, only 0.8% of companies operating in Canada were multinational enterprises (meaning they have facilities or other assets in a country other than the home country). 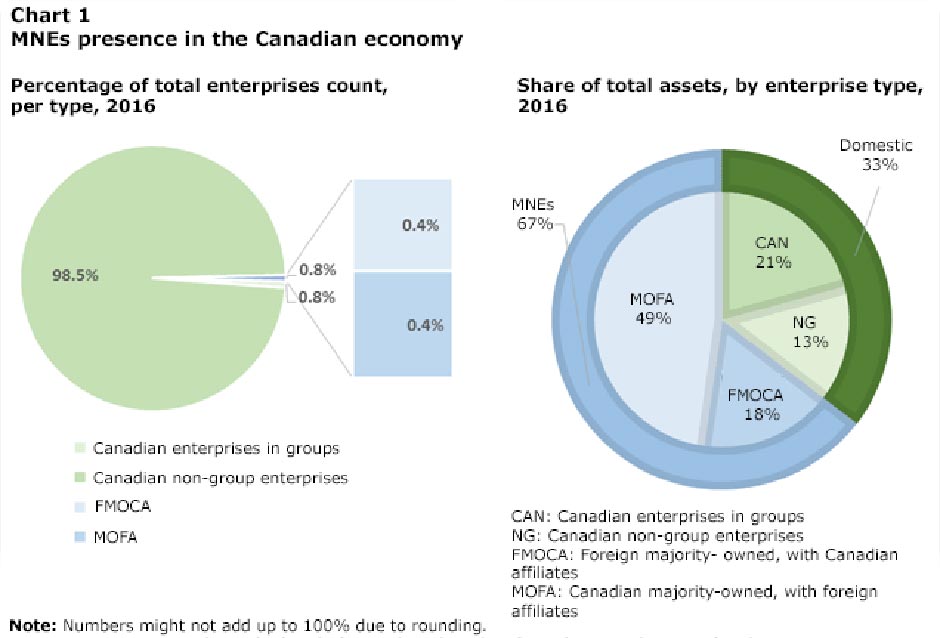 Nevertheless, the report noted, this 0.8% of companies held 67% of all assets in the Canadian economy, in both the “financial and non-financial sectors.”

The biggest share of the Canadian-owned half of non-financial MNEs were in manufacturing (39.3%) and extraction (33.4%).

StatsCan notes MNEs dominated these sectors, along with finance, utilities and others, due to their capital-intensity and greater-returns to scale.

As PressProgress reported previously, many experts and business groups have noted that most of the key sectors of Canada’s economy are oligopolies, dominated by a very small group of very large and powerful companies.