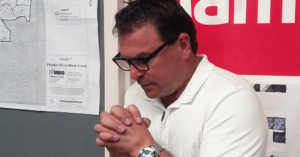 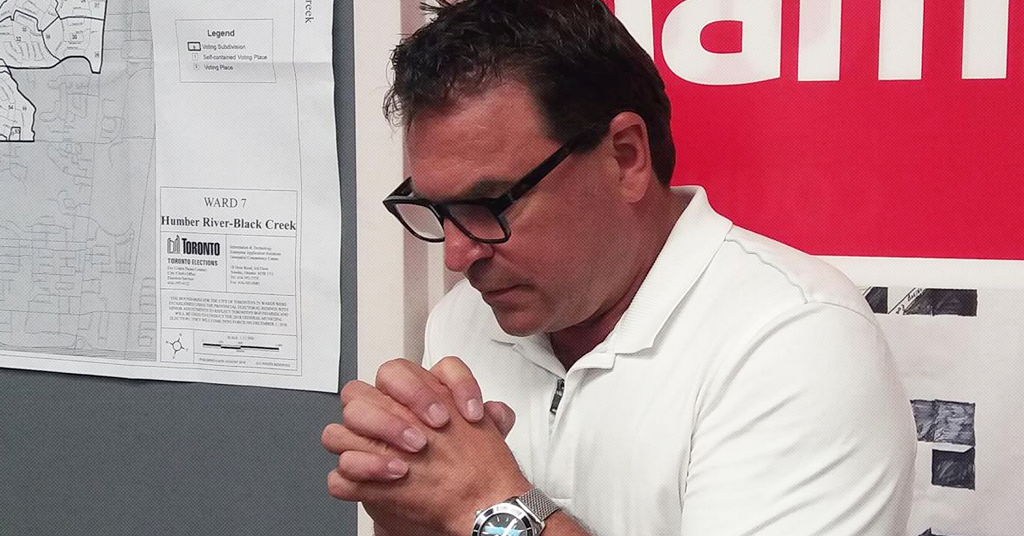 “Let’s drive the Devil out of Toronto!”

Not only does Toronto City Councillor Giorgio Mammoliti want to do away with the separation of church and state – he also suggests “the Devil” is responsible for youth crime in the city.

On Sunday, the loyal ally of Doug Ford posted a seemingly unprompted message on his campaign’s Facebook page complaining that Christians are under “attack” and declaring “religion and politics do mix,” topping things off by encouraging voters to grill candidates about their religious beliefs.

“I encourage every voter in the City of Toronto to ask their candidate whether they believe in a God,” Mammoliti wrote, adding voters should “support those candidates who do over those who do not.”

“We need to bring religious values back into politics because their lack is the reason our children are killing each other,” Mammoliti wrote.

“Let’s drive the Devil out of Toronto!”

In his Facebook posting, Mammoliti also attached a photo of himself praying in his campaign office. 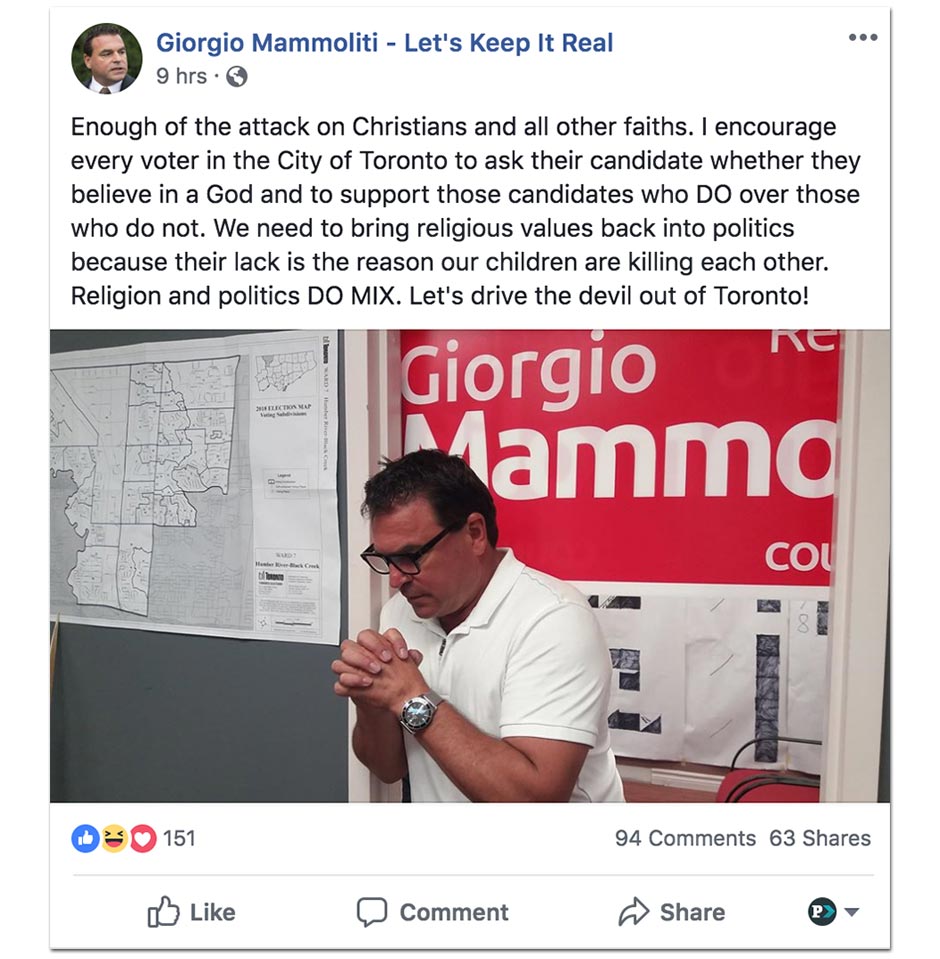 Mammoliti’s appeal to religious virtue stands in stark contrast with other content shared on the Toronto councillor’s Facebook wall. 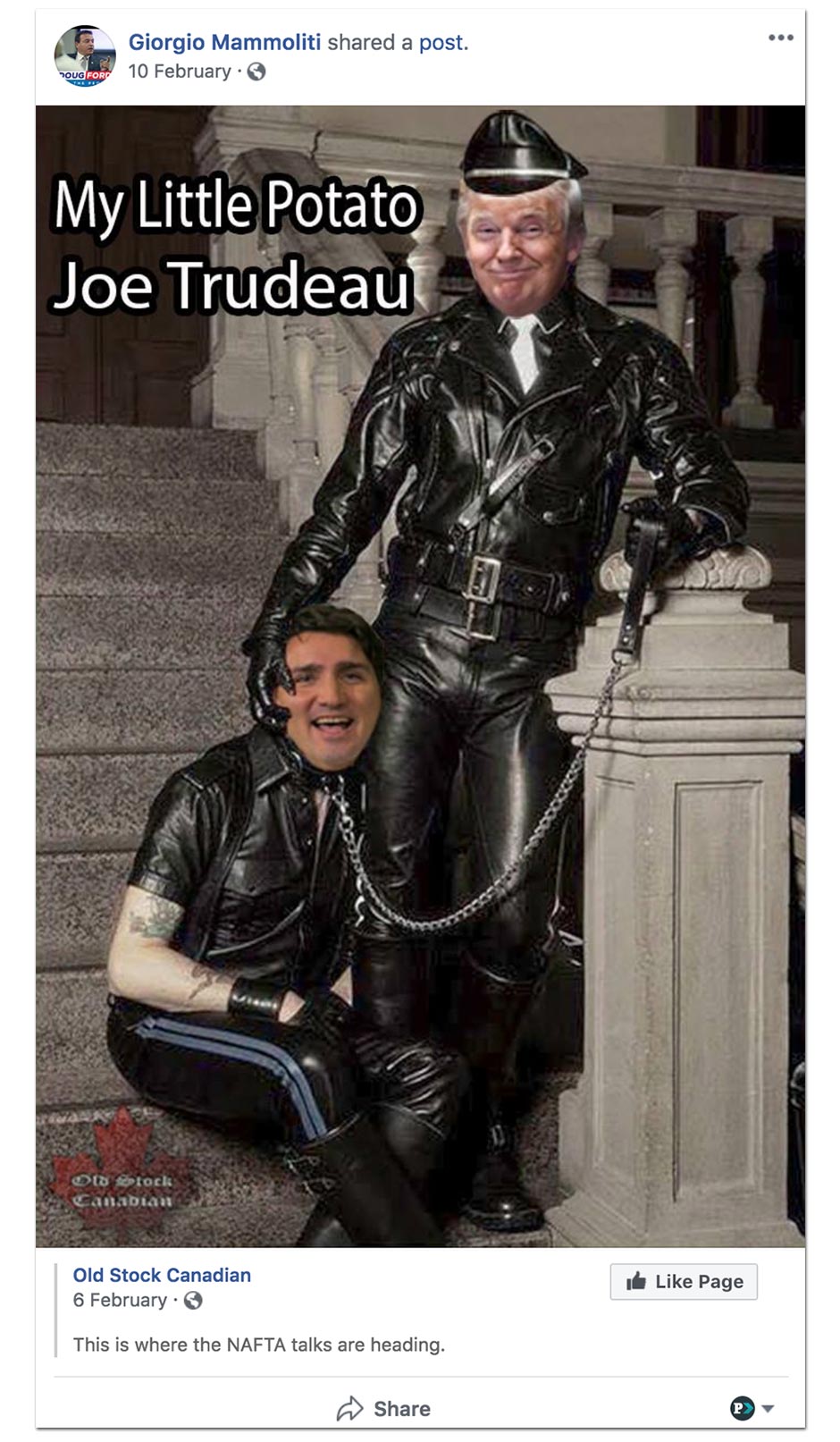 Mammoliti’s 2018 re-election campaign has been marred by a series of controversial, self-inflicted blunders that don’t exactly align with the golden rule.

Whereas the Bible advocates being “generous to the poor,” Mammoliti has spent the lion’s share of his campaign demonizing Toronto’s Jane & Finch neighbourhood – a low-income, racialized community whose community leaders call Mammoliti’s campaign messages “pure racism” and an “attack on poor working communities.”

Earlier this month Mammoliti released a campaign ad featuring a photo of himself standing in front of a social housing unit in Jane & Finch holding a sledgehammer.

The text of that ad reads: “saving our community begins with knocking down social housing. You deserve better!” 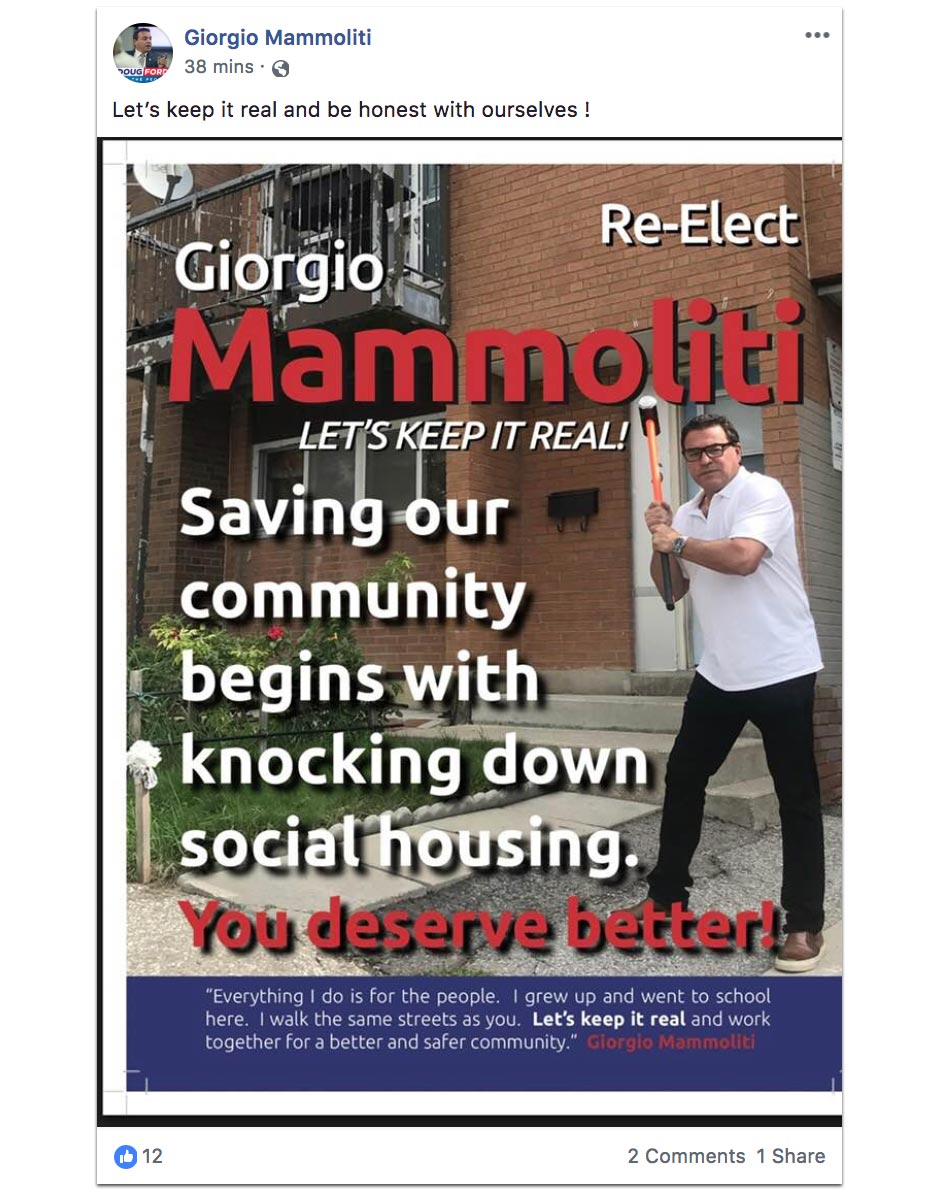 In August, Mammoliti likened his constituents in the Jane & Finch community to a “cockroach” infestation and compared his approach to the low-income community to an exterminator “spraying down a building” and watching the cockroaches “scatter.”

Toronto’s municipal election is scheduled to take place on October 22.