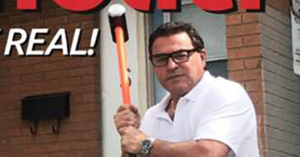 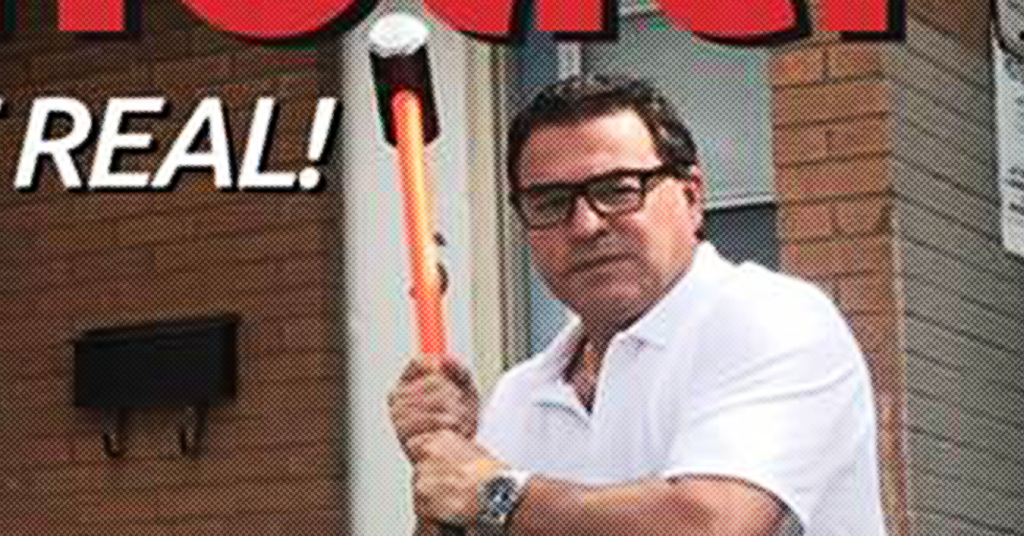 Toronto City Councillor Giorgio Mammoliti is continuing to dial up his disturbing rhetoric targeting low-income, racialized members of his own community.

Mammoliti, who recently compared his approach towards Toronto’s Jane & Finch community to spraying a building for “cockroaches,” shared one of his campaign’s new re-election ads on Facebook Saturday evening.

The ad features a photo of the Doug Ford loyalist standing in front of a townhouse holding a sledgehammer along with text that reads: “saving our community begins with knocking down social housing. You deserve better!”

“Let’s keep it real and be honest with ourselves,” Mammoliti’s caption adds. Mammoliti’s re-election platform calls for tearing down the social housing units in Jane & Finch and letting developers gentrify the neighbourhood with more upscale housing. Meanwhile, he’s offered no ideas on what he plans to do about all the families he wants to kick out of their homes.

During his time as Ward 7 Councillor, Mammoliti’s cozy relationship with Toronto’s big money real estate developers has repeatedly gotten him in trouble:

• Earlier this year, the OPP launched an investigation into “possible criminal activity” surrounding a shady $12 million land deal backed by lobbyists and developers that could have cost taxpayers  millions of dollars. According to a secret report authored by a major law firm at the request of the City, Mammoliti “appeared to be actively pushing” for the sketchy deal and even allegedly threatened city staff to ram through approval of the deal.

• Also this year, Toronto City Council rejected a planned condo development after they caught Mammoliti taking “unusual” steps to secure a permit. Mammoliti was lobbied by his former assistant who now represents the real estate developer behind the project – also a donor to Mammoliti’s campaign.

• In 2013, CBC News reported Mammoliti received $275,000 in loans from a pair of real estate developers after he helped them get permission to build a billboard next to a highway in his ward.

Many have questioned Mammoliti’s commitment to the Jane & Finch community,  particularly after he likened the community to a “cockroach” infestation last month.

Toronto Star columnist Shree Paradkar noted Mammoliti’s use of “dehumanizing language” to describe a low-income racialized community was an “attack” on “the most vulnerable among us.”

Tiffany Ford, the local school board trustee and the main contender campaigning to remove Mammoliti from power, says the incumbent councillor “consistently  undermines and stigmatizes the community” he’s supposed to represent.

“This community deserves a councillor who has a presence and is connected to the community members in a relationship of respect,” Ford told the Toronto Star.

Toronto will cast votes for its next mayor and slate of city councillors on October 22.