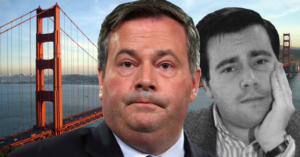 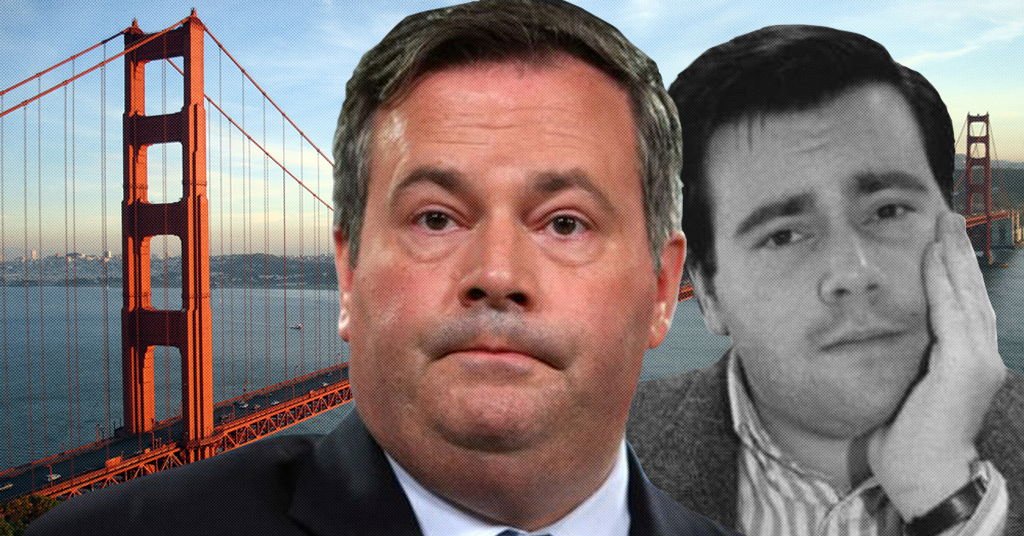 Over the weekend, Twitter user Kyle Morrow published a “leaked audio” recording he said shows Kenney “brag about overturning a spousal law that permitted gay men to visit their dying partners in the hospital during the AIDS epidemic.”

In a 2000 speech to Canadian Alliance supporters, Kenney took credit for organizing a petition calling for a referendum to repeal a historic “gay spousal law”:

The ordinance was largely in response to the 1980s AIDS epidemic.

Ironically, the audio clip surfaced after Kenney released a video marking World AIDS Day in which Kenney credited himself for helping gay men dying of AIDS.

“This is a disease I saw first hand volunteering at a hospice in San Francisco back in the 1980s,” Kenney told UCP supporters.

We’ve come a long way in the fight against HIV/AIDS, but there is still much work to be done. On World AIDS Day, I encourage everyone to support organizations that are working to put an end to this disease, and that provide care to those suffering. #WorldAIDSDay pic.twitter.com/iIfa41NY0c

Despite his past as an anti-gay activist, Kenney frequently cites his volunteer work at San Francisco’s Missionaries of Charity AIDS hospice as evidence that he does not hold discriminatory views against LGBTQ people.

“If the things they say about me are true,” Kenney told a radio show last year, “then explain to me why a young Jason Kenney spent his time washing bloody sheets at an AIDS hospice in San Francisco in the 1980s.”

After Kenney’s UCP were rejected from marching in Edmonton Pride this summer, Kenney hosted his own Pride party where he recounted the same story to show off his compassion towards the LGBTQ community.

Kenney’s stories never mention that he campaigned to deny rights to the same gay men at the hospice whom he now points to as evidence of his compassion.

Jason Kenney recounts the meetings he has had with LGBTQ organizations so far and reflects upon his time volunteering at North America’s first AIDS hospice while in college in San Francisco #MacleansLive pic.twitter.com/c8yFXb2CYm

According to his own version of events, Kenney and his social conservative campus club played a leading role in organizing the petition that ultimately triggered a referendum on San Francisco’s domestic partnership law.

In the end, the referendum on Proposition S failed by a narrow margin, with 49.5% voting in support of expanded rights for same-sex couples and 50.5% voting against.

Kenney, who was enrolled at the University of San Francisco’s St. Ignatius Institute, was notorious for taking hardline positions against abortion and aggressive tactics that left fellow students at the Catholic university feeling initimidated.

In a 2014 interview with The Walrus, a former member of the Women’s Law Student Association described how Kenney and his fellow campus conservatives engaged in intimidation tactics targeting a women’s group on campus.

“It was very intimidating,” one woman said, recalling a confrontation where Kenney tried to have students collecting signatures for a petition on abortion rights removed from a campus fair.

Kenney’s anger over women advocating pro-choice views on campus led to a public clash with university administrators, an appearance on CNN and calls for the Vatican to censure the University of San Francisco.

In USF’s student newspaper, Kenney argued against free speech on campus for women’s rights groups because next they’d have to give pedophiles or the “Church of Satan” a platform for their ideas too.

The archbishop of San Francisco later rejected his pleas and Kenney dropped out of university only two years into a philosophy degree.