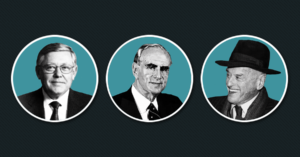 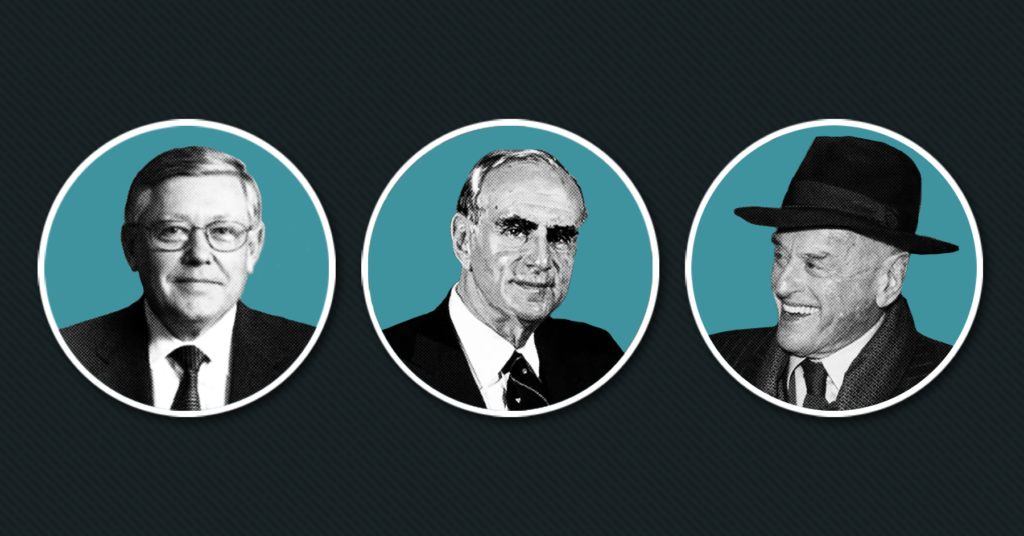 A right-wing charity that recently hired a private investigator to follow and collect compromising material on a Canadian judge has received substantial funding in recent years from some of Canada’s richest and most powerful people.

Last week, Manitoba’s chief justice revealed he was followed and surveilled at his private home in a failed bid to catch the judge violating COVID-19 restrictions.

The Justice Centre for Constitutional Freedoms, a right-wing legal advocacy charity that often launches lawsuits in defence of social conservative causes and most lately has been challenging COVID-19 public health restrictions, acknowledged its executive director, John Carpay, hired the investigator.

Justice Centre News Release: Statement from the Board of Directorshttps://t.co/ufmk7Q02wo

Carpay, who was once compared to Rosa Parks by Alberta Premier Jason Kenney, later announced he was taking an “indefinite period of leave.”

The Justice Centre did not respond to a request for comment from PressProgress, but in a public statement, the charity’s board of directors stressed they were unaware of the surveillance operation and said they “condemn” Carpay’s actions:

“No member of the Board had any prior notice or knowledge of this plan and had not been consulted on it. Had the Board been advised of the plan, it would have immediately brought it to an end.  Mr. Carpay has acknowledged that he made the decision unilaterally …

The Justice Centre’s mandate is to defend Canadians’ constitutional freedoms through litigation and education. Surveilling public officials is not what we do. We condemn what was done without reservation.”

But what do the people who quietly fund the Justice Centre think?

According to Canada Revenue Agency records, the Justice Centre for Constitutional Freedoms — which is a registered charity — generated $2.6 million in revenue in 2020, the lion’s share of which coming by way of tax deductible donations (79.2%).

In recent years, the Justice Centre has received large donations from tax-exempt evangelical churches. The Canadian Reformed School Society of Neerlandia donated $20,000 in 2019 while the Parkland Reformed Church of Ponoka gave $50,972 in 2018.

The Independent Baptist Christian Education Society, which refused to comply with rules outlawing anti-LGBTQ discrimination despite receiving funding from the Alberta government, donated $13,750 to the Justice Centre in 2017.

But aside from evangelical churches in rural Alberta, the Justice Centre’s other big sources of revenue include private foundations established by captains of Canadian industry and other wealthy and well-connected people from the world of business. 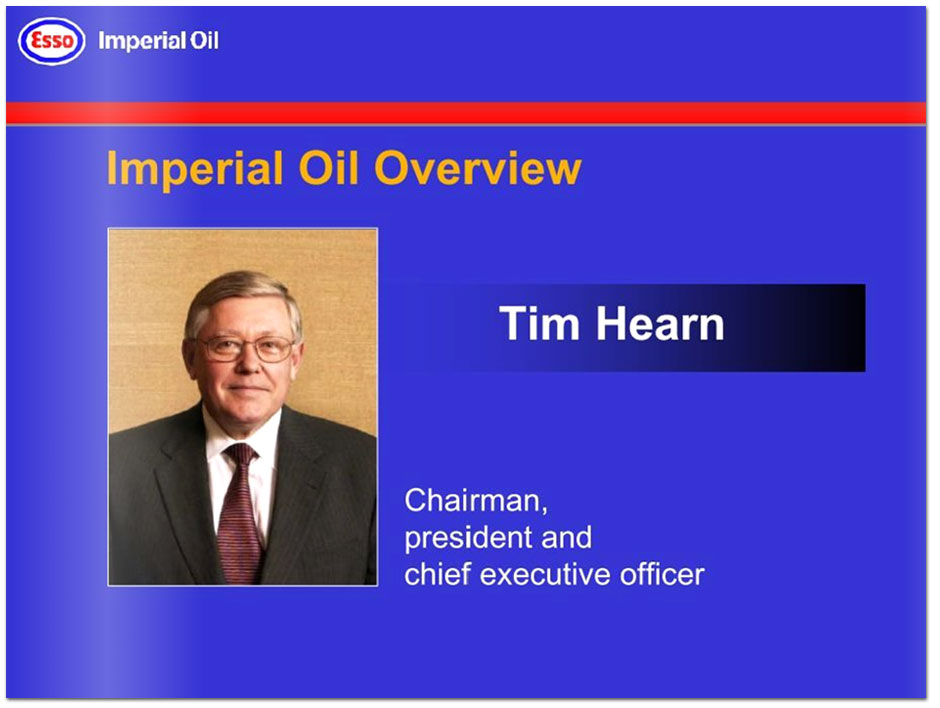 The Hearn Family Foundation is a private foundation run by former Imperial Oil Chairman and CEO Timothy Hearn and his spouse, Gracie.

According to CRA records, Hearn provides funds to a range of right-wing groups through this vehicle, including the Fraser Institute, the Manning Foundation and Focus on the Family. It has also provided funds to McGill University, the University of Calgary and a controversial organization called “Calgary Pregnancy Care Centre” which made headlines over its links to an anti-abortion group.

The Hearn Family Foundation has donated over $200,000 to the Justice Centre for Constitutional Freedoms since 2015.

Hearn did not respond to requests from PressProgress seeking comment on whether he believes surveilling judges is a good use of charitable resources. 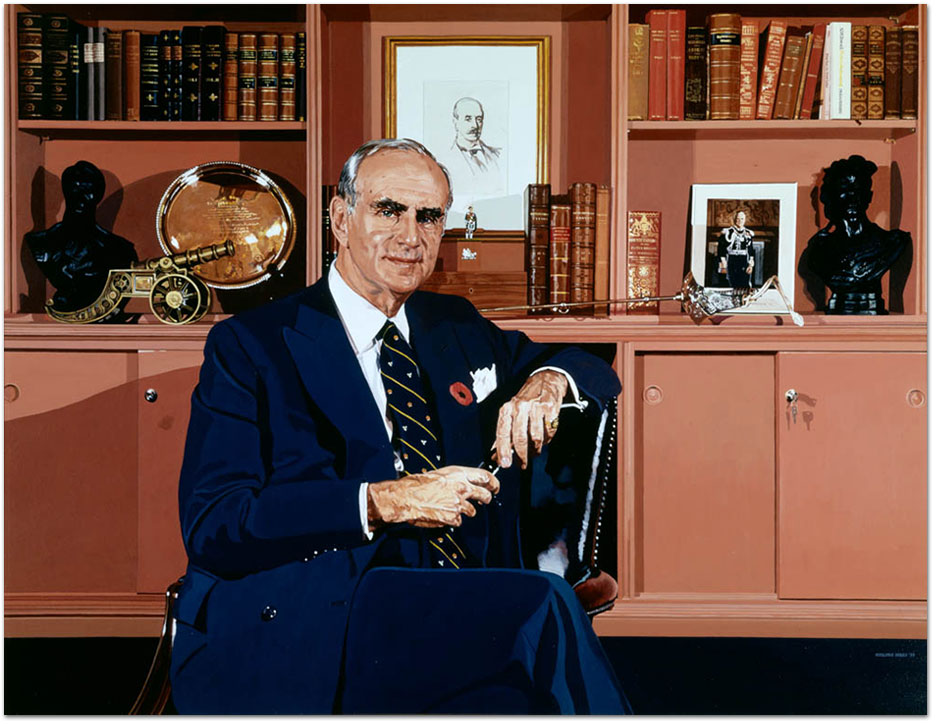 The Hal Jackman Foundation is a private foundation run by Hal Jackman, a prominent philanthropist, businessman and former Ontario Lieutenant Governor. The University of Toronto’s law school is housed in a building named after Jackman.

According to the foundation, it “supports a range of philanthropic activities in line with the family’s long standing commitment to education and the arts.” That ranges from universities and hospitals to museums and arts programs. Jackman also gives money to the Fraser Institute.

Victoria Jackman, the foundation’s executive director, did not respond to requests for comment from PressProgress about the Justice Centre’s surveillance of a judge. 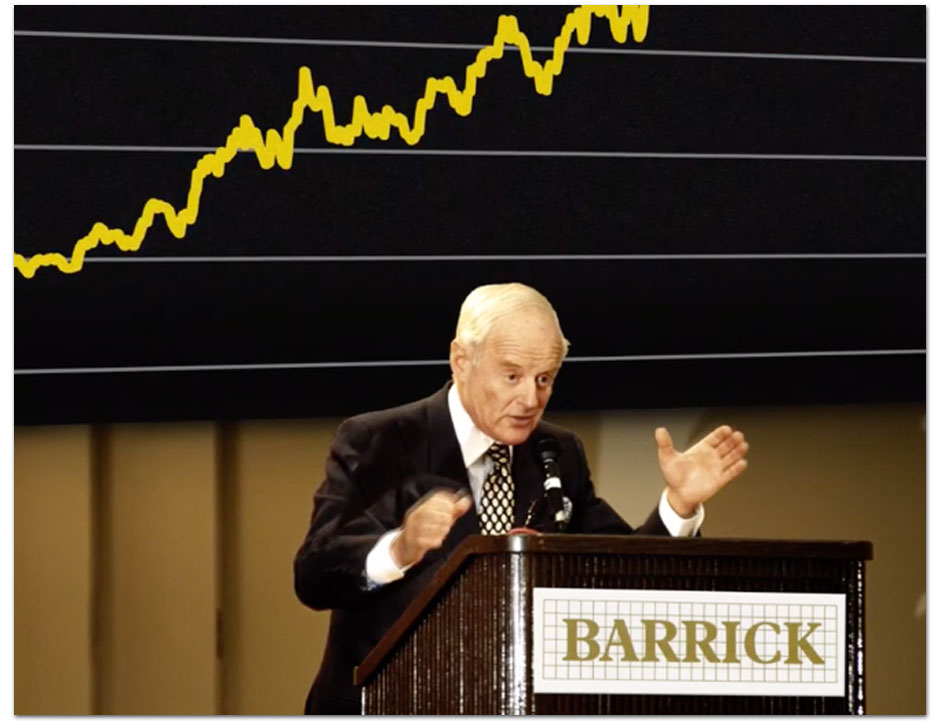 The Aurea Foundation was established by the late Peter Munk, billionaire founder and chairman of the world’s biggest gold mining company: Barrick Gold.

Munk’s foundation doles out funding to “qualified charitable institutions” that contribute to “the marketplace of ideas,” specifically ones that promote the “political and economic foundations of freedom” and “strengthening of the free market system.”

Over the last decade and a half, millions of dollars have flowed from the foundation to some of Canada’s top right-wing advocacy groups and think tanks, including the Fraser Institute ($5.2 million), the Macdonald-Laurier Institute ($1.5 million) and the Frontier Centre for Public Policy ($2 million).

The Justice Centre for Constitutional Freedoms has received at least $275,000.

The Aurea Foundation, which also runs the semi-annual Munk Debates, did not respond to questions from PressProgress about the Justice Centre’s activities. 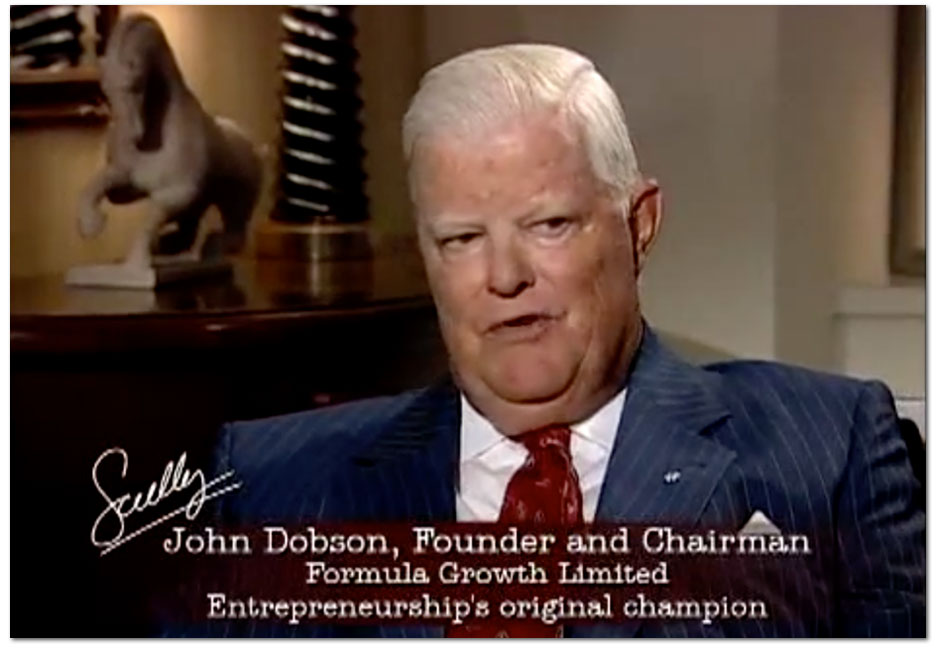 The John Dobson Foundation is named after a wealthy Montréal stock investor and right-wing philanthropist who sat on the Fraser Institute’s board of directors before passing away in 2013.

Today, Dobson’s foundation continues his legacy by funding groups that “educate the public with respect to the free enterprise system.” In 2019, the foundation gave $160,000 to the Fraser Institute, $100,000 to the Canadian Constitution Foundation, $50,000 to the Frontier Centre for Public Policy and $30,000 to the Macdonald-Laurier Institute.

Since 2015, the Dobson Foundation has made annual donations to the Justice Centre totalling $25,000.

Randall Kelly, CEO of the investment firm Formula Growth and executive director of the Dobson Foundation, did not respond to a questions from PressProgress about whether the foundation would continue to fund the Justice Centre in the future. 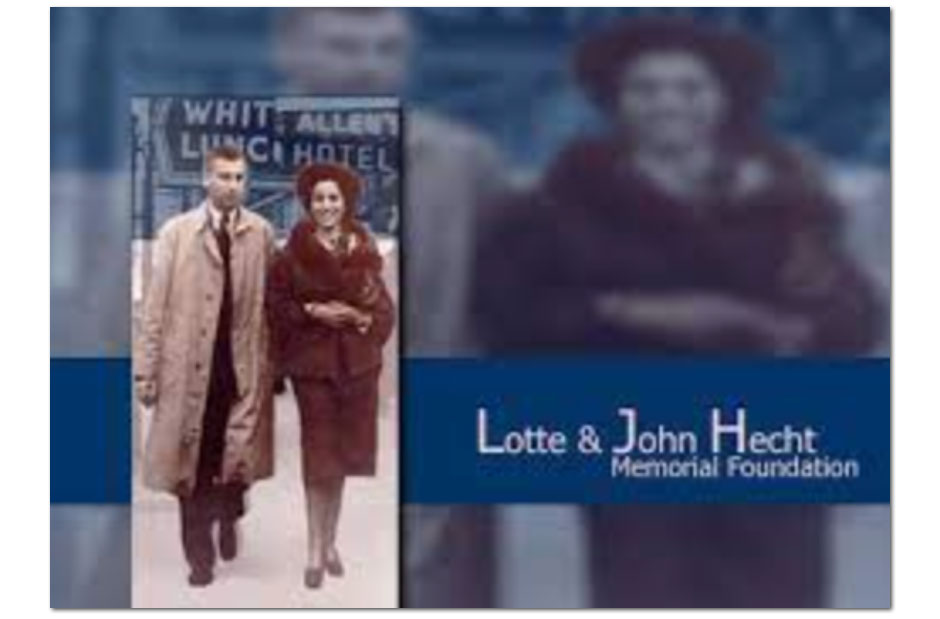 The Lotte and John Hecht Memorial Foundation is a charitable foundation whose money comes from the fortune of a Vancouver-area real estate mogul.

The foundation distributes grants in support of “alternative medicine” and the promotion of “free market” principles.

According to the foundation’s website, the Justice Centre is listed as a grant recipient for “economic education” in connection to its ongoing “campus freedom index” program. The total amount of those grants is unknown and the Hecht Foundation did not respond to a request for comment from PressProgress. 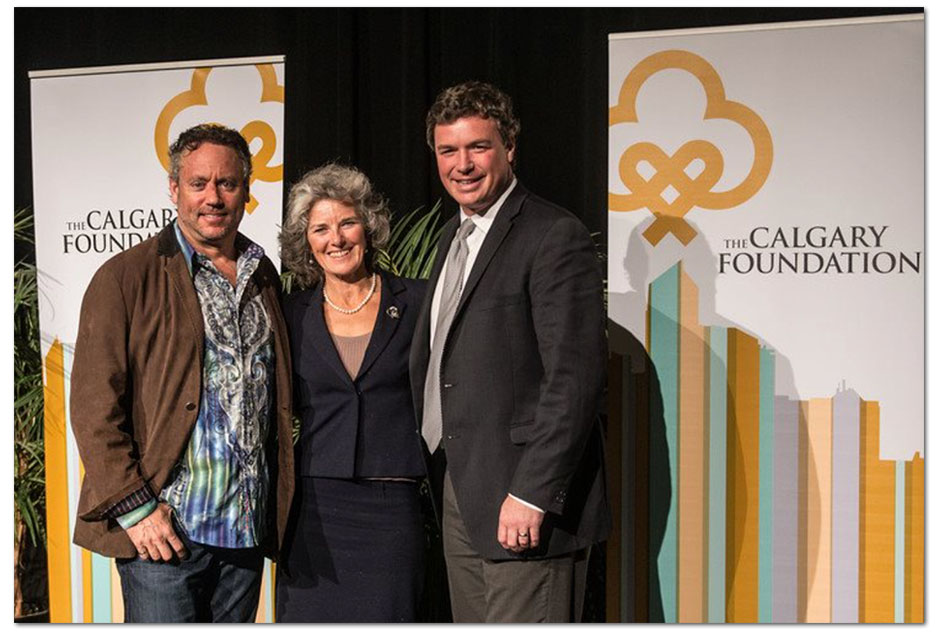 The Calgary Foundation manages over a billion dollars in assets and distributes millions in funds through grants to local community groups in Calgary.

Founded by local business leaders, the foundation manages funds on behalf of energy executives and celebrity millionaires, such as W. Brett Wilson, who has been a vocal public supporter of the foundation’s work.

“My family and I use the Calgary Foundation as a conduit for some our community work — some named, some anonymous,” Wilson explained to PressProgress, adding that he sometimes uses the foundation “to coordinate donation receipts for my larger Charity events.”

The Calgary Foundation confirmed to PressProgress it has provided the Justice Centre with grants totaling $81,000 since 2019: “All five grants were made from donor advised funds, where the fundholder recommends the grant.”

Because the grants were “donor advised,” the foundation said its role was limited to ensuring the “grantee is a qualified donee in good standing with Canada Revenue Agency, and that the grant is directed toward a charitable purpose.”

However, the foundation said that it “values diversity, equity, and inclusion” and some of the Justice Centre’s activities, including  challenging laws that protect women from harassment at abortion clinics or defending activists who compare abortion to the Holocaust would “not be successful in obtaining an unrestricted grant from the Calgary Foundation.”

“Calgary Foundation condemns any activity that is illegal, offside with CRA, or offside with regulations governing professional association standards (such as the law society, in this specific case). It is not within Calgary Foundation’s purview to make a comment on the specifics of this matter.”